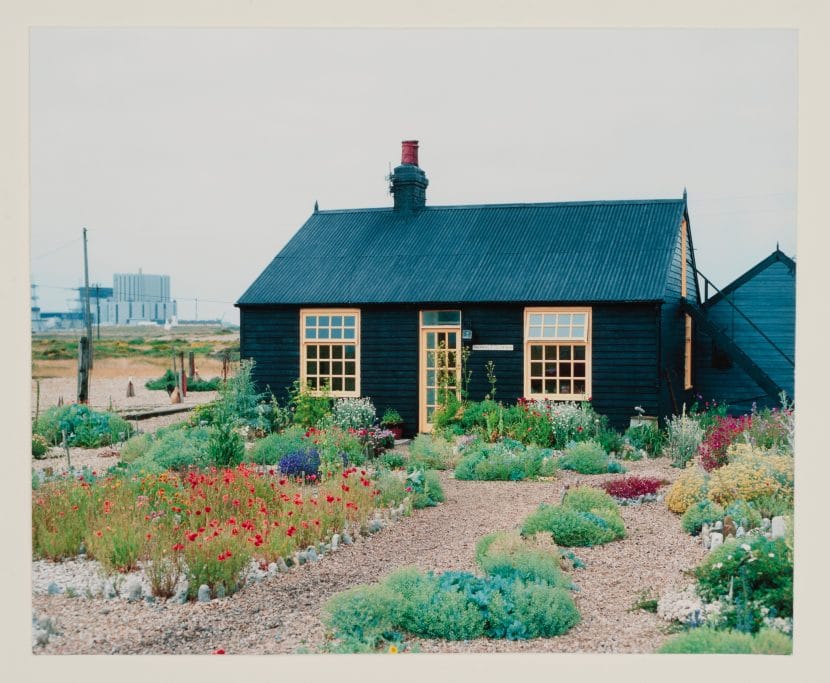 This photograph taken by Howard Sooley shows Prospect Cottage and its front garden full of poppies with the nuclear power station beyond. In his book ‘Modern Nature’ Jarman describes how poppies are symbolic plants at Prospect Cottage and that this flower is a recurring motif in his films.