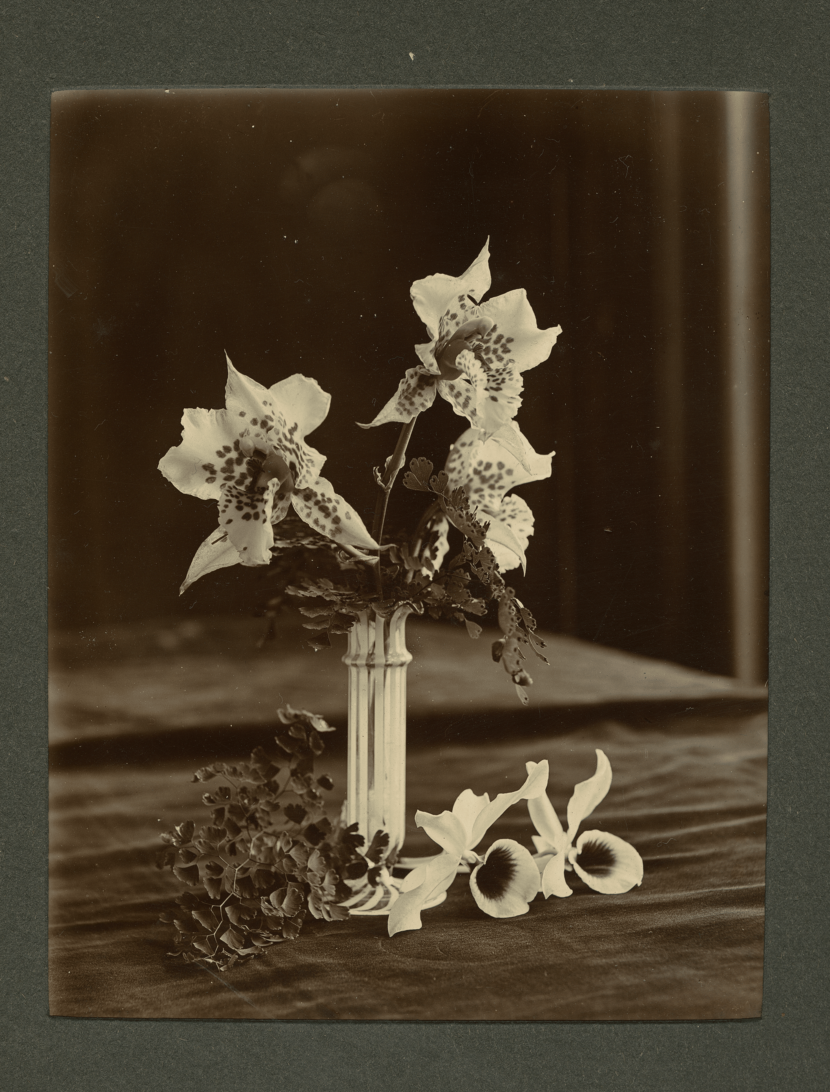 Inside the covers of this red cloth photograph album entitled Camera Studies sit 12 sepia photographs. Taken around 1910, one of the images (shown on the back cover of this journal) shows a gardener in a wellstocked greenhouse, surrounded by orchids. Other photographs show close-ups of orchids in their pots or displayed in vases. Lily-of-the-valley and other flowers also feature in further arrangements. One striking image shows two bunches of grapes proudly displayed on stands.

In 1787 the cockleshell orchid was coaxed into bloom at Kew, the first to flower in England. By the middle of the 19th century more and more people were able to afford greenhouses in their back gardens: filling them with orchids – luxurious, exotic and notoriously difficult to look after – was a sign of social status.

The photographs and their careful presentation reflect the desirability of certain plant species, and how they were grown and displayed in the home for all to see. Orchids had become increasingly popular in homes during the Victorian period and the lavish flower arrangements favoured by Edward VII and Queen Alexandra were quickly adopted by the rest of fashionable society.