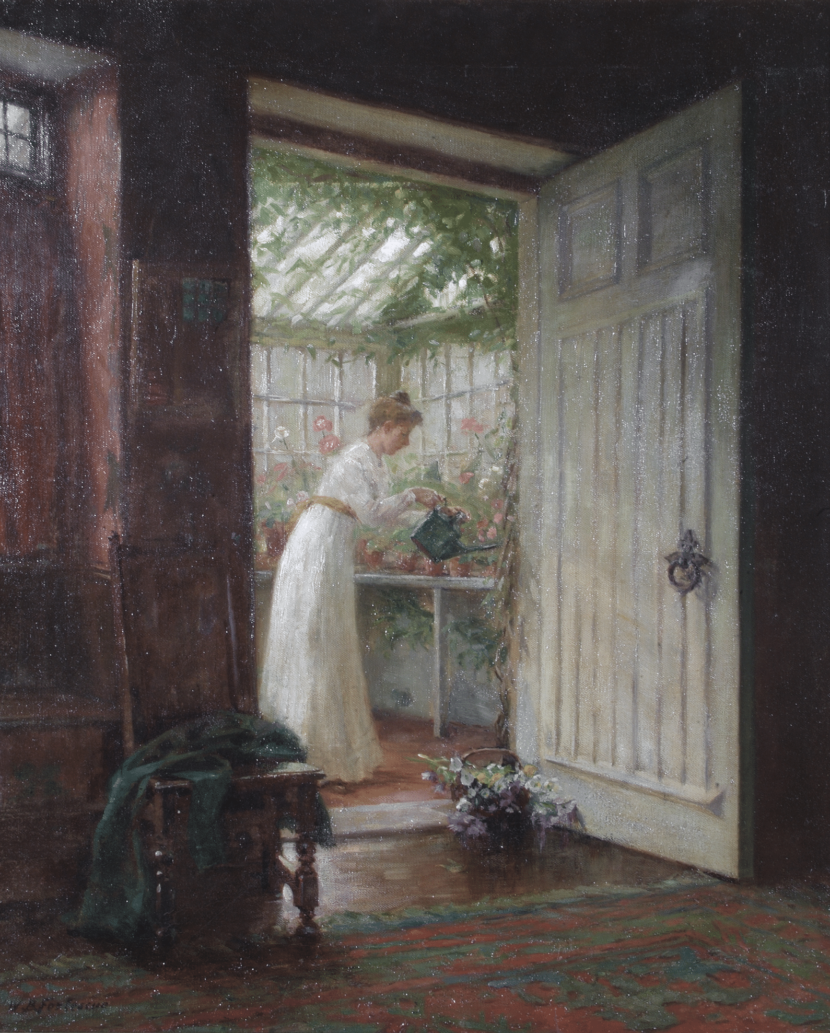 This image of a lady watering in her garden room depicts the fashions of the day, both in gardens and clothing. In the 1870s and 1880s, pale coloured flowers gained popularity, replacing the brightly coloured bedding schemes fashionable in the middle of the 19th century. At the same time, white dresses came into vogue as a reaction against the craze for brightly coloured garments commonplace due to advances in dye manufacture. Developments in bleach meant clothes could be a brilliant white for the first time, but perhaps as importantly, the impracticalities of wearing and cleaning white fabric made it an indicator of genteel status.

William Banks Fortescue (1850–1924) moved to Cornwall in 1885, where he shared lodgings with Stanhope Forbes and became associated with the Newlyn School of Art. Influenced by the techniques of the impressionists, Fortescue commonly painted outdoor scenes. This picture is a rare depiction of an interior by the artist.