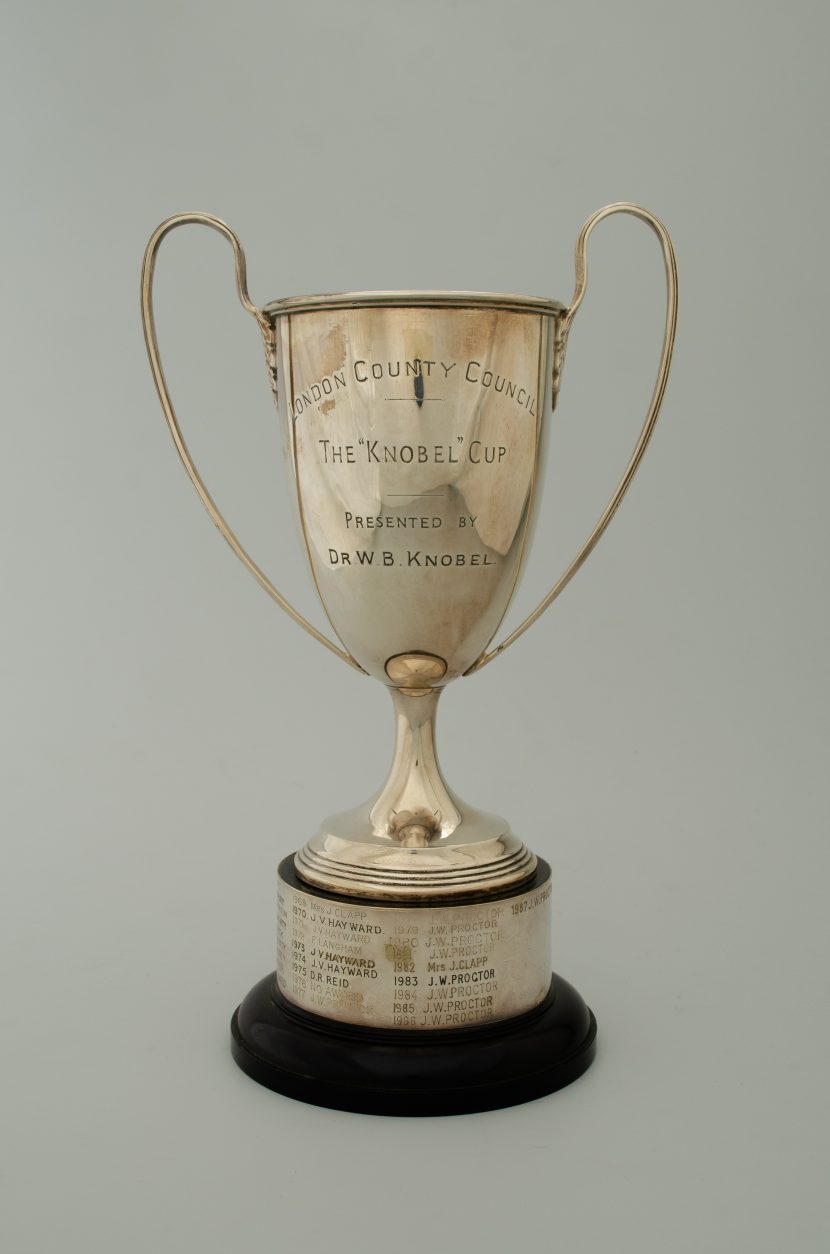 The two-handled silver cup on a stand belonged to the London County Council (LCC) and was known as the ‘ Knobel’ Cup after it’s donor, Dr W.B. Knobel. From the reverse side, we know that it was won in 1938 by the Brook Hospital which was in Shooter’s Hill in Greenwich and by St Mary’s Carshalton in 1939, a children’s hospital. After WWII in 1946 the Head Office team were the recipients. It is not known for what the cup was awarded during that period. In 1948 the cup was transferred by the donor to the LCC’s staff Horticultural Society as an annual award for Dahlias. The Greater London Council (GLC) replaced the LCC in 1965 and the cup is also engraved with a reference ‘GLC  S.H.S. from 1-4-65’. The names and dates of winners from 1952-1987 are engraved on a silver plaque which surrounds the base.

Dr William Bernard Knobel, the donor of the cup, attended Cambridge University around the turn of the century and was certainly working in LCC hospitals in the 1920s. In addition to his medical career, he was a founding member of the Oxford and Cambridge Musical Club, a bibliophile and amateur bookbinder. He died in 1951. The cup was donated to the Garden Museum in 1988 when the GLC was disbanded.