Home » Collection » Insignia for the Order of Free Gardeners

Insignia for the Order of Free Gardeners 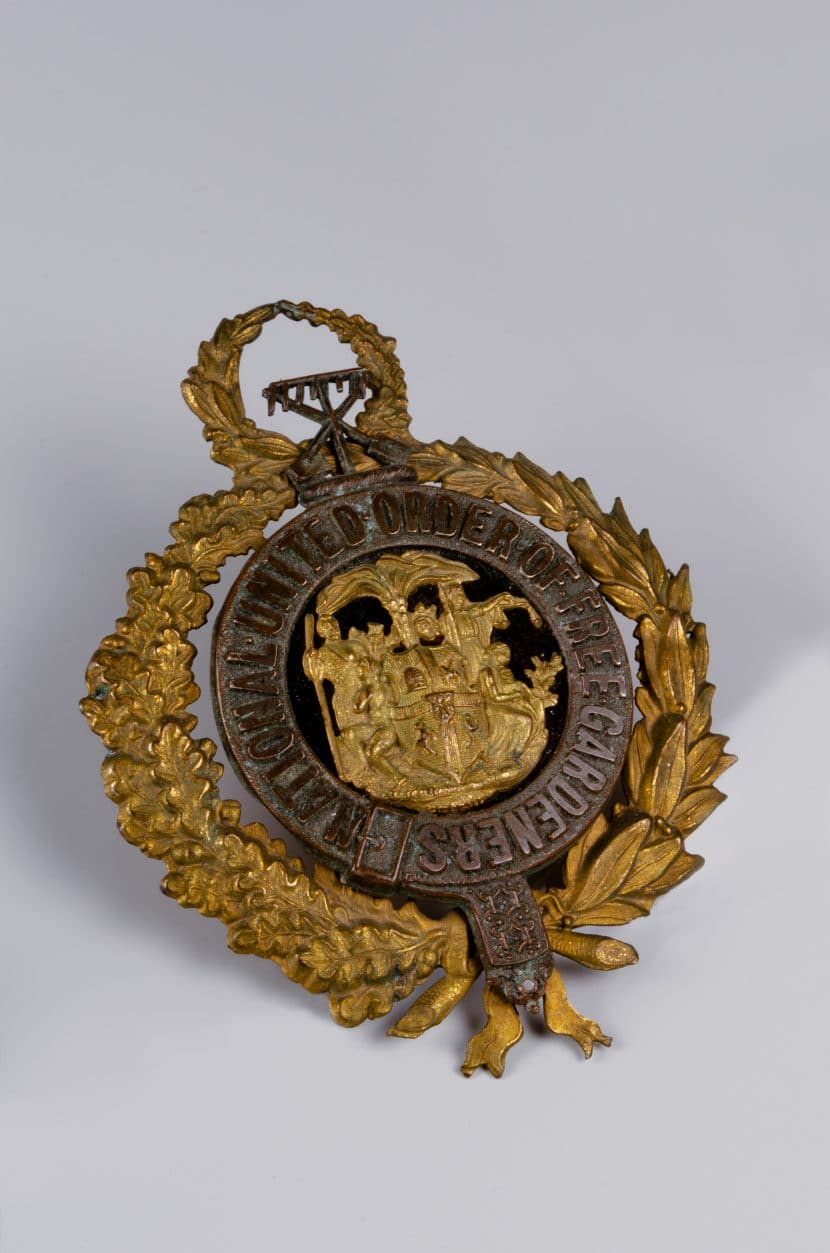 The first societies to protect the secret knowledge of gardeners, and individual’ welfare, were founded in the 17th century. By the 19th century the Order had incorporated many of the rituals of Freemasonry but continued to be independent.

This medal worn by National Order of Free Gardeners was owned by Walter Faul of Burdett Road, Poplar, London. It was donated to The Garden Museum by his grandson in 2015. A wreath of two different types of leaves, probably oak and olive, surrounds the central crest and Order’s name.