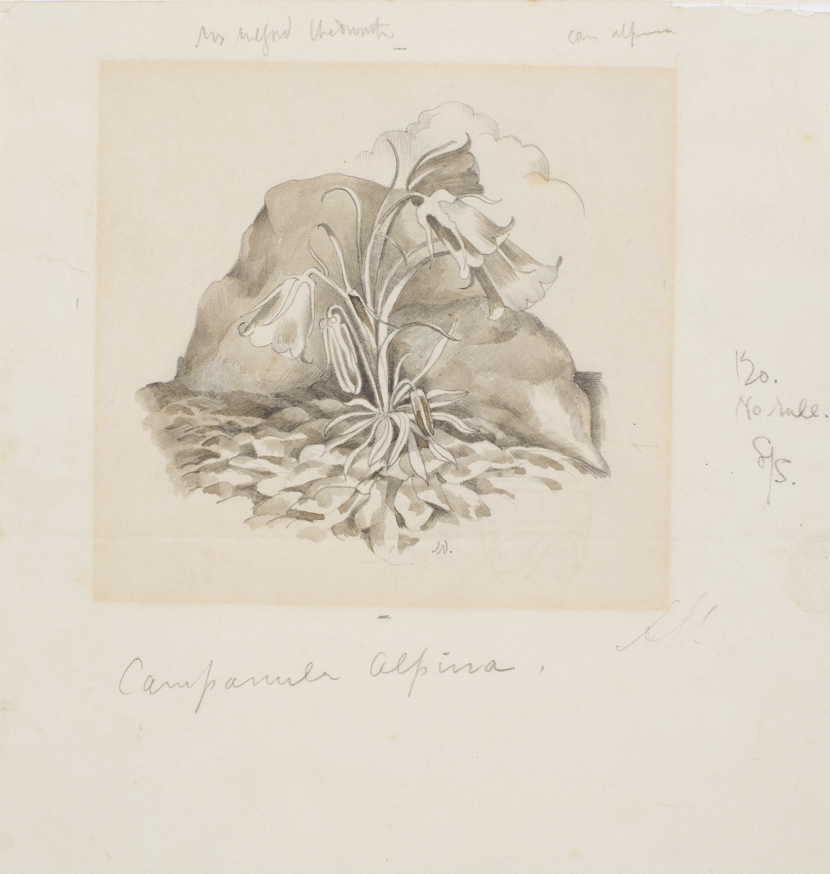 The artist John Nash (1893–1977) is best known for his harrowing First World War landscapes but in the later part of his life united his two loves of gardening and art. Early in his career, Nash worked as a journalist before being encouraged by his brother, the artist Paul Nash (1889–1946), to pursue watercolour and landscape painting, despite the fact he had never received any formal artistic training.

Nash was introduced to horticulture in the 1920s by Clarence Elliott of the Six Hills Nursery in Stevenage. He drew what Elliott had collected on his plant hunting trips in England and around the world; in return for this horticultural education he illustrated a number of the nursery’s catalogues.

Nash’s neighbour in Suffolk was fellow artist-gardener, Cedric Morris; they were two of the founders of the Colchester Art Society in 1946. In his book Outsiders (2008) Ronald Blythe – who inherited Nash’s house and garden – remembers that the two saw themselves as ‘fellow gardeners’ who ‘would talk plants all the time’.

Nash taught botanical art classes by placing a flower in a jam-jar, remembers Blythe, and while on a winter visit to Staverton Thicks, Nash simply ‘stuck his portable stool in the dense mulch, opened his sketchbook and began to draw’. This apparently was a very normal way for him to work.

This pencil and wash sketch of a Harebell (Campanula Rotundifolia) was made in the last year of Nash’s life and was donated to the Museum by Sue and Colin Cohen in memory of Commander Kenneth Cohen CB CMG and Mrs Mary S Cohen.

Pencil and wash on paper