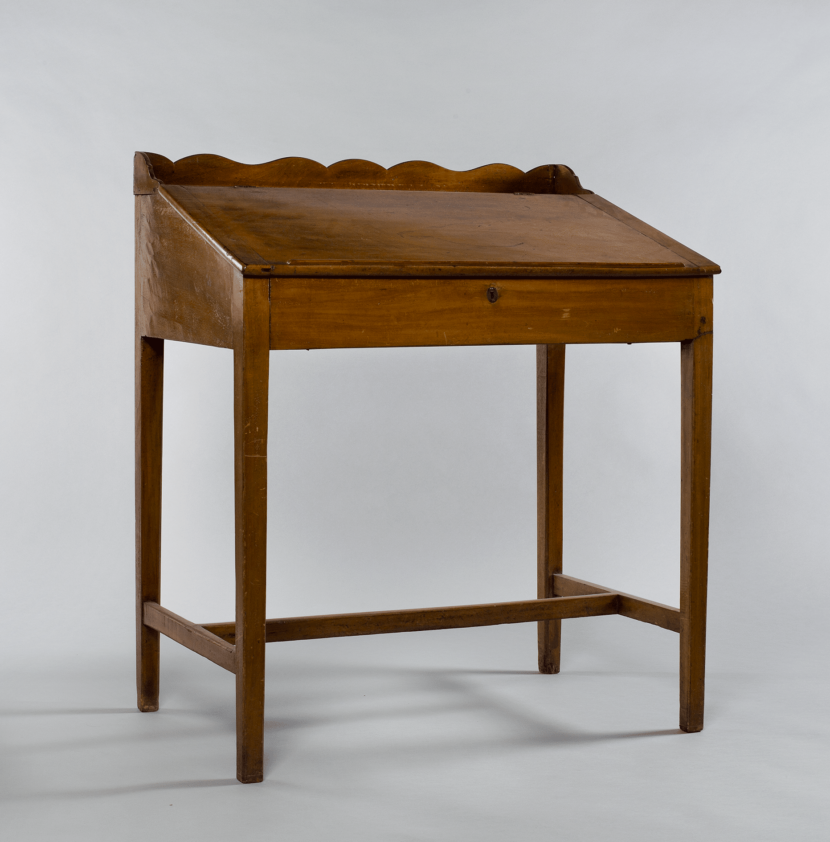 This desk was donated to the Garden Museum by Lady Peel, the daughter of Gertrude Jekyll’s clients, Mr and Mrs M F L Readhead. The Readheads lived at Great House in Hambledon, Surrey, close to Jekyll’s home at Munstead Wood and typify Jekyll’s many friendly relationships with her clients.

After Jekyll’s death in 1932, her belongings were scattered. Her nephew Timmy gave a pair of her army-style gardening boots to an American admirer of her work, while her papers and photograph albums were bought at a charity jumble sale in 1940 by the landscape architect Beatrix Farrand. They were later deposited at the Environmental Design Archives at The University of California, Berkeley. In 1947 Munstead Wood itself was sold, and Jekyll’s remaining personal belongings were auctioned off. Mr and Mrs Readhead bought this desk, together with another one in her potting shed.

In 1990 the Museum hosted an exhibition of Jekyll’s photographs and in 1993 a broader survey of her work, at a time when Jekyll’s reputation as a garden colourist was enjoying an international revival.

This precipitated the donation of the desk, together with letters in which Jekyll gives Mr and Mrs Readhead friendly advice.

This mahogany desk, at which Jekyll wrote, appears to have been made in c.1840, perhaps for an office clerk. The potting shed desk – which will also go on display in the new galleries – looks as if it was designed by Jekyll herself.