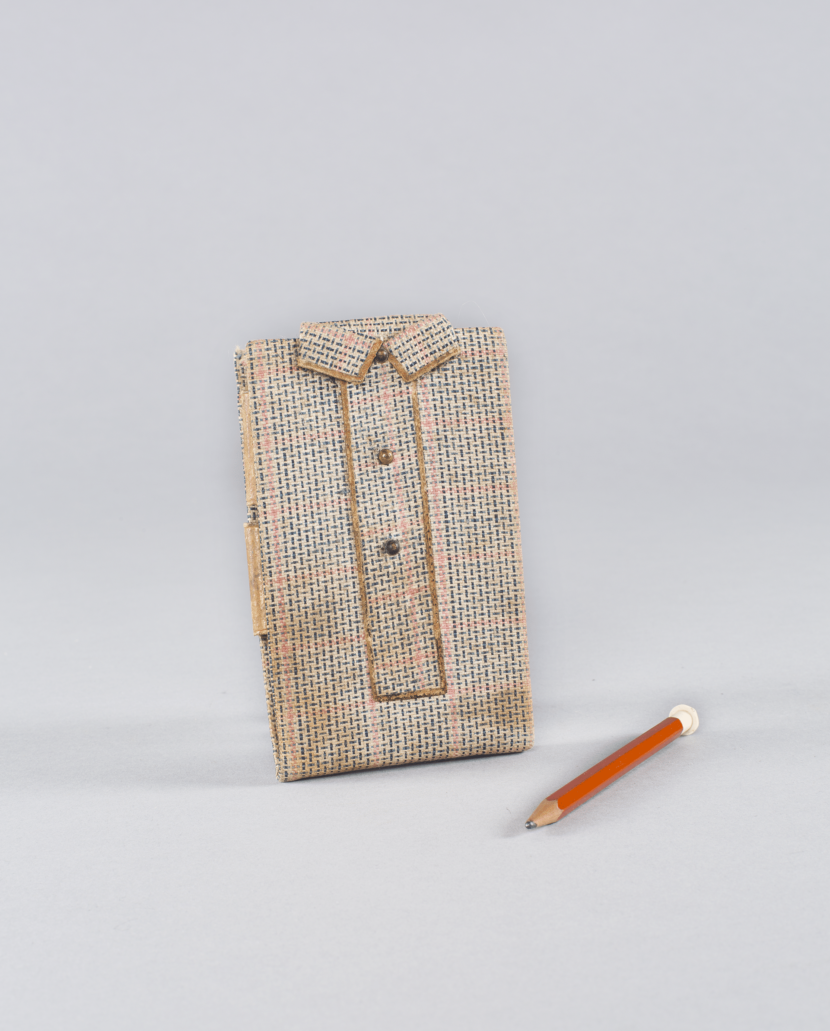 This notebook was made by Charles Letts & Co Ltd., in the style of a man’s shirt, covered with a tweed-like fabric and decorated with three small brass buttons down the front.

Inside are the notes of an unknown gardener from 1890. Over the course of the year, the gardener was under the employment of two different individuals, Mr Taylor from 7 June to 2 September 1890 and Mr Stringer from 13 September 1890. The gardener has noted various gardening tips, gained through his work, and mentions a huge number of plants, vegetables and chemicals including, but not limited to, peach trees, rhubarb, roses, amaryllis, melons and mushrooms.

This notebook is particularly fascinating for its insights into the techniques used by gardeners in the late 19th century including this passage on propagating vines:

Propagating Vines: Should be done in Jan from a round bud cut the under side of the shoot in a slashing position terminating about an inch from the bud… Reversed shoot cut in a similar manner in the opposite direction. Pare the edges of bark smoothly as this will facilitate root germination.