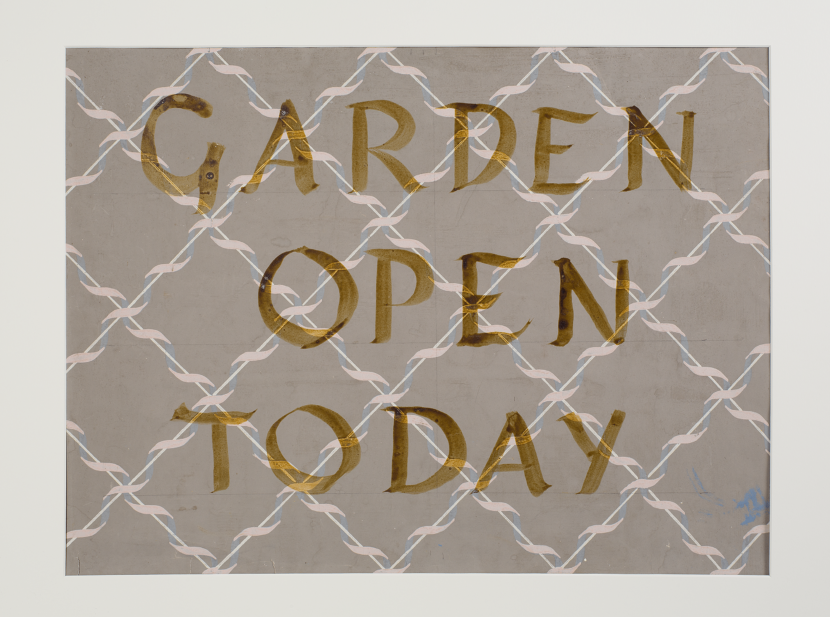 In 1933 the artist John Aldridge (1905–1983) moved to Great Bardfield, a village in north-west Essex, where Edward Bawden was encouraging many of his contemporaries to join him in forming an artists’ community. Throughout the 1930s Aldridge and Bawden collaborated to create the Bardfield Wallpapers, a series of wallpaper designs which – after production was paused during the Second World War – were manufactured in 1946 and received with great critical acclaim.

Aldridge was a keen gardener and is well known for his works focusing on views from his garden and studies of plants. This sign was created between the 1940s and 1950s and is made from the ribbon and bar design of the Bardfield Wallpapers. It was used to advertise Aldridge’s garden at his home, Place House, on open days.

Watercolour and gouache on wallpaper