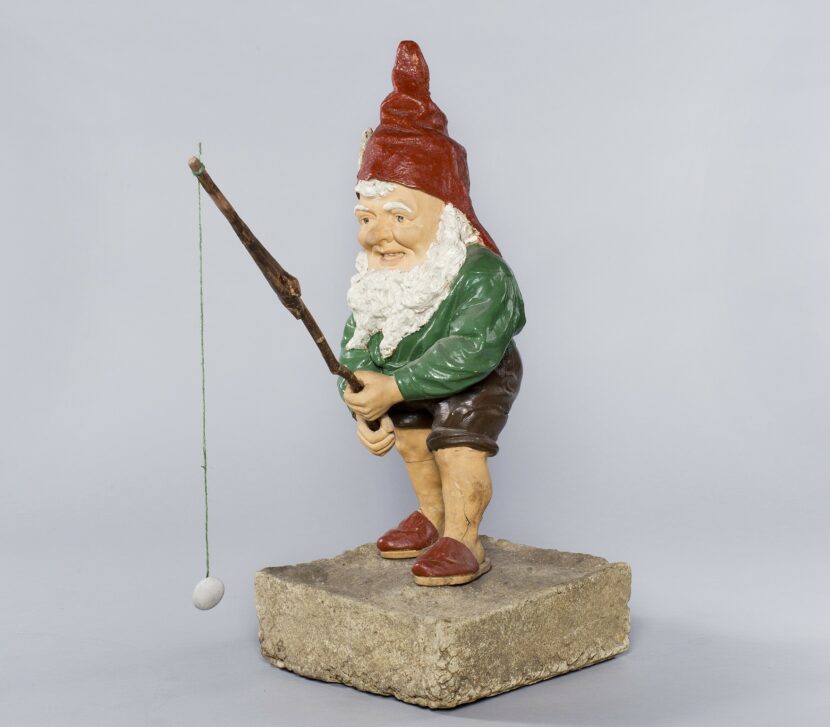 While the origin of the garden gnome is widely contested, it is certain that the idea began at a time when dwarfs, goblins and fairies were alive in European minds. The gnomes we identify with gardens appeared in Germany during the second half of the 19th century.

Gnomes made their first appearance in Britain in country houses: the fashion was set by the rockery made at at Lamport Hall, Northamptonshire, where ‘Lampy’ – Britain’s oldest gnome – is on display. Their fall from fashion in modern times is blamed on their association with Germany during the period of world wars, followed by the Disney boom and the introduction of cheap plastic models. In the 1960s Country Life spoke of ‘the regrettable over-population of the race from which we now suffer’.

Heissner, one of the best-known names in garden gnomes, started manufacture in 1872 in Thuringia, Germany, heartland of the traditional gnome. This terracotta garden gnome, dressed traditionally in red pointed hat and armed ‘mit angelrute’ dates to c.1900; it is the oldest gnome in the Museum collection. The fishing gnome is the rarest figure in a rare set of eight of gnomes who fish, shoot and play golf in a ‘Fairyland’ Alpine setting.

He arrived at the Museum without a fishing rod, and is sufficiently heavy that he can only travel up and down the building in our lift.