Home » Collection » Figures in a Park

Figures in a Park 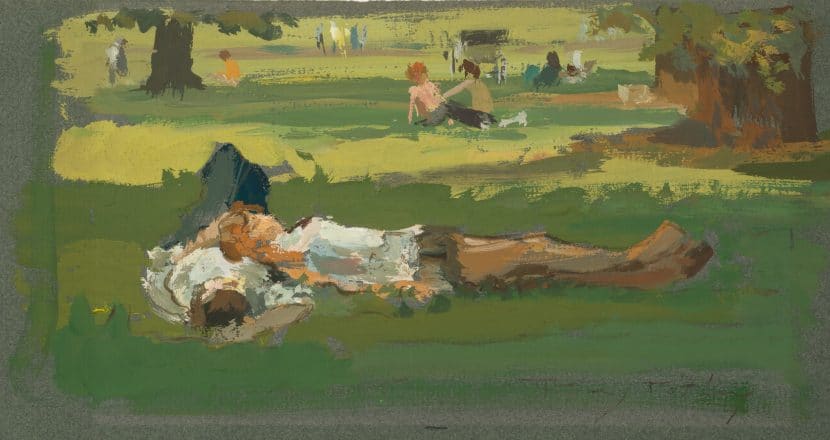 Two figures lie in the grass on a sunny afternoon, in a setting suggestive of a public park.

The first municipal parks, a British invention, were built in the Victorian period, prompted by industrial pollution and overcrowding in cities. In addition to health benefits, reformers believed fresh air and the calming environment would act as a civilising influence on the working population.

The municipal park was one of the first spaces where people from all social classes could freely mix.