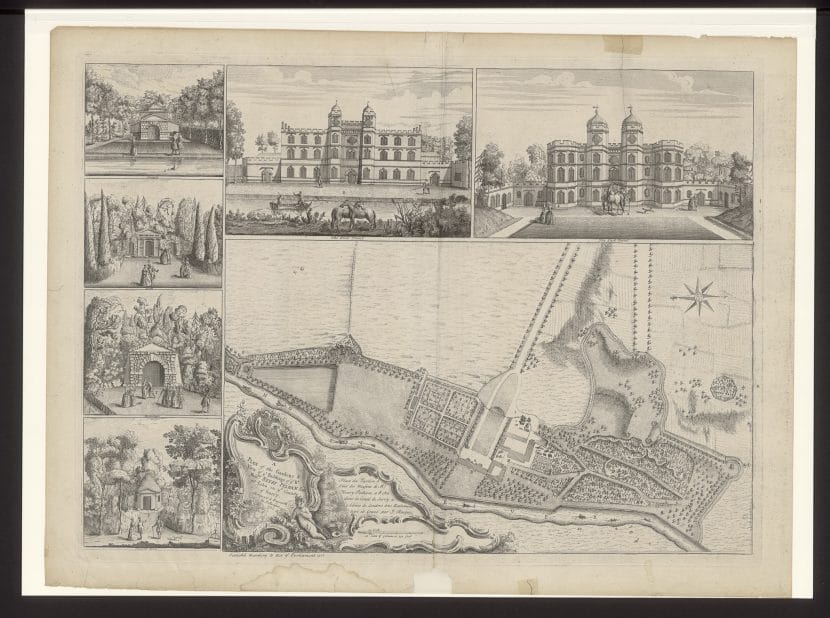 A Plan of the Garden & View of the Buildings of the Rt Honble Henry Pelham Esq. at Echa [in the County of Surry Survey’d & Engraved by J. Roque.

This garden at Esher Place was designed by the landscape architect, William Kent, from 1733 onwards for Henry Pelham, who later became Prime Minister. The garden included sweeping lawns, ornamental buildings and water features. Kent was one of the early leading figures of the English Landscape Garden movement, which sought to return the ‘natural’ to the garden, and escape more formal styles. The movement revolutionised the country estate garden.

John Rocque was a surveyor, cartographer, and engraver, who is well known for his early map of London, published in 1747. This engraving may have been produced to illustrate one of the early books on garden design.