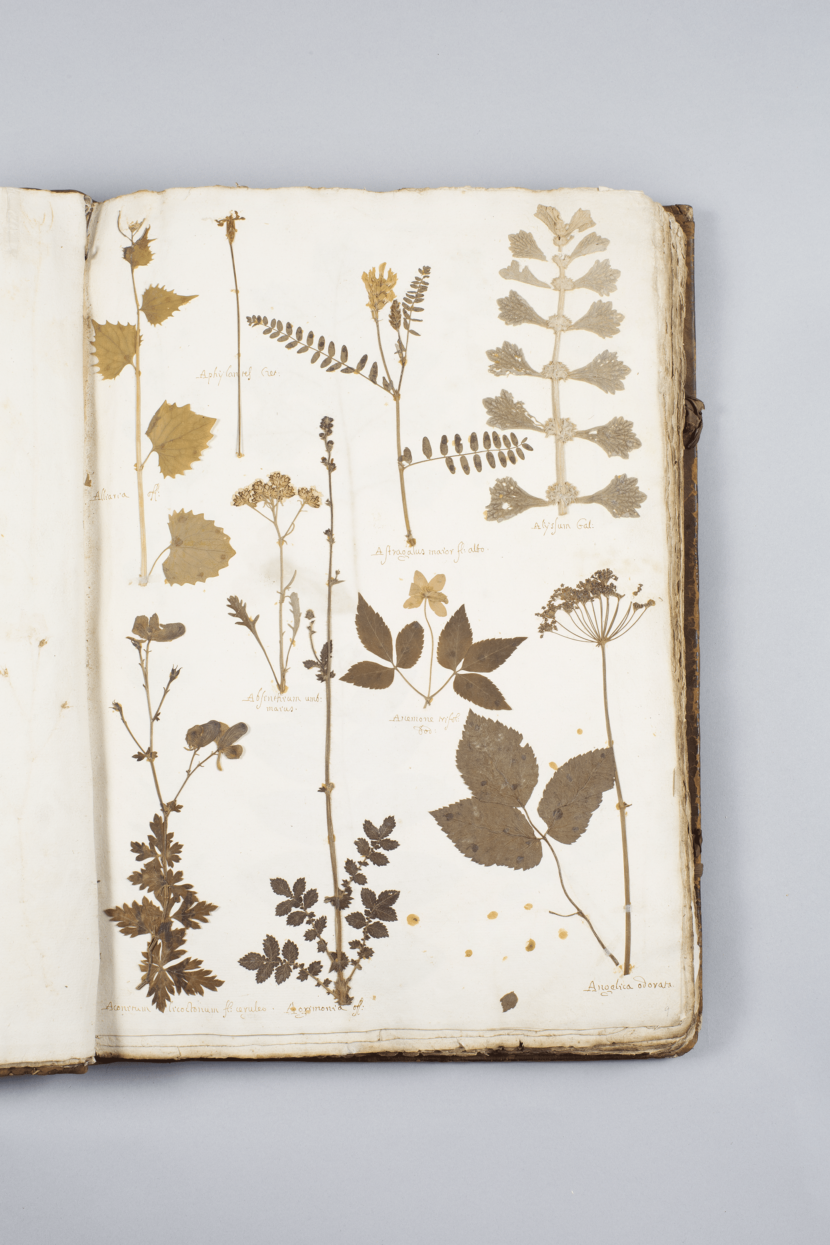 This leather bound Hortus Siccus contains approximately 600 pressed flower specimens on its 70 leaves. It was once in the library of Dr John Fothergill (1712–80) an eminent physician and a keen botanist. The specimens in the album mainly originate from Central Europe with some Mediterranean plants included.

Each specimen in the book is labelled with its Latin botanical name in alphabetical order. It is thought that the volume dates from around 1650. It is almost identical to a compendium of plants prepared by Giovanni Machion, head gardener at the botanical garden of the University of Padua in the 17th century, which belonged to the collector Sir Hans Sloane (1660–1753) and is now in the British Museum. This volume may also have been assembled in Padua.

Dr John Fothergill was the first graduate of Edinburgh University to be admitted to the London College of Physicians in 1744 and enjoyed a high reputation as a garden maker and botanist, particularly for the gardens that he developed at his estate in Upton, near Stratford. As his colleague, Sir Joseph Banks, said, ‘…at an expense seldom undertaken by an individual… [Dr Fothergill] procured from all parts of the world a great number of the rarest plants, and protected them in the amplest buildings which this or any other country has seen’. Fothergill employed 15 permanent gardeners as well as artists who would record the new species that were grown on his estate.

Following Fothergill’s death, the Hortus Siccus was purchased by Joseph Jekyll (1753–1837), a Whig politician and the grandfather of Gertrude Jekyll. The album is annotated by J.A. Hankey, ‘Dr Fothergill’s Hortus siccus given me by Mr Jekyll’. This exceptional object is so delicate that it has only occasionally been on public view and was studied by Kate Winslet in preparation for her role as a 17th century landscape designer in the film ‘A Little Chaos’ (2015).