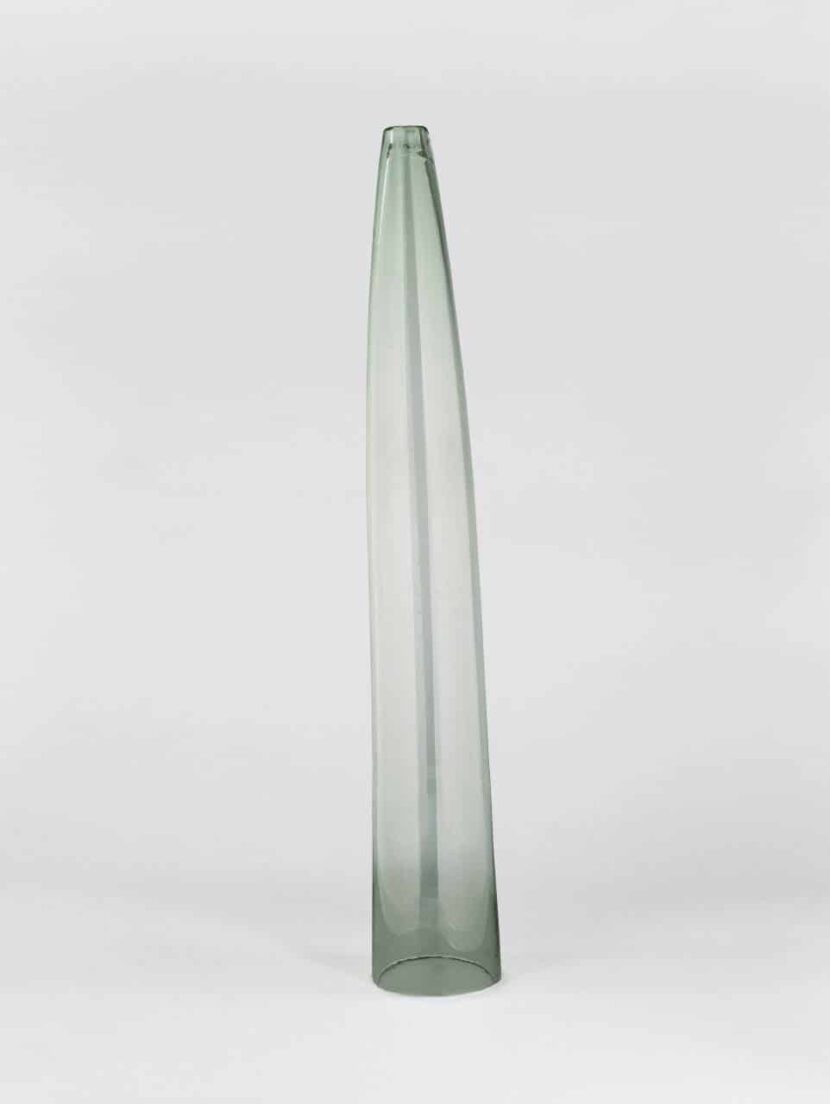 The cucumber straightener was invented by the great engineer George Stephenson (1781–1848), a keen fruit grower who took great pride in the growth of his cucumbers. Stephenson ordered blown glass cylinders to be made at his Newcastle steam engine factory for his garden at Tapton House, Derbyshire, where he spent the last ten years of his life. The elongated glass funnel was placed over the cucumber at an early stage to encourage the fruit to grow straight. Technological innovations in the 19th century had a great impact on food production in Britain. The straight cucumber, a purely aesthetic advancement, symbolises the Victorian obsession with rationalising nature.

Straight cucumbers are still in demand. Supermarkets use a simple test to determine whether a cucumber is straight enough to sell: lay the cucumber flat on a surface and if a hand fits comfortably under the bend it is discarded. Today, a bendy cucumber is a home-grown cucumber.

Purchased with the assistance of the National Heritage Memorial Fund.  Ref: 1996.030