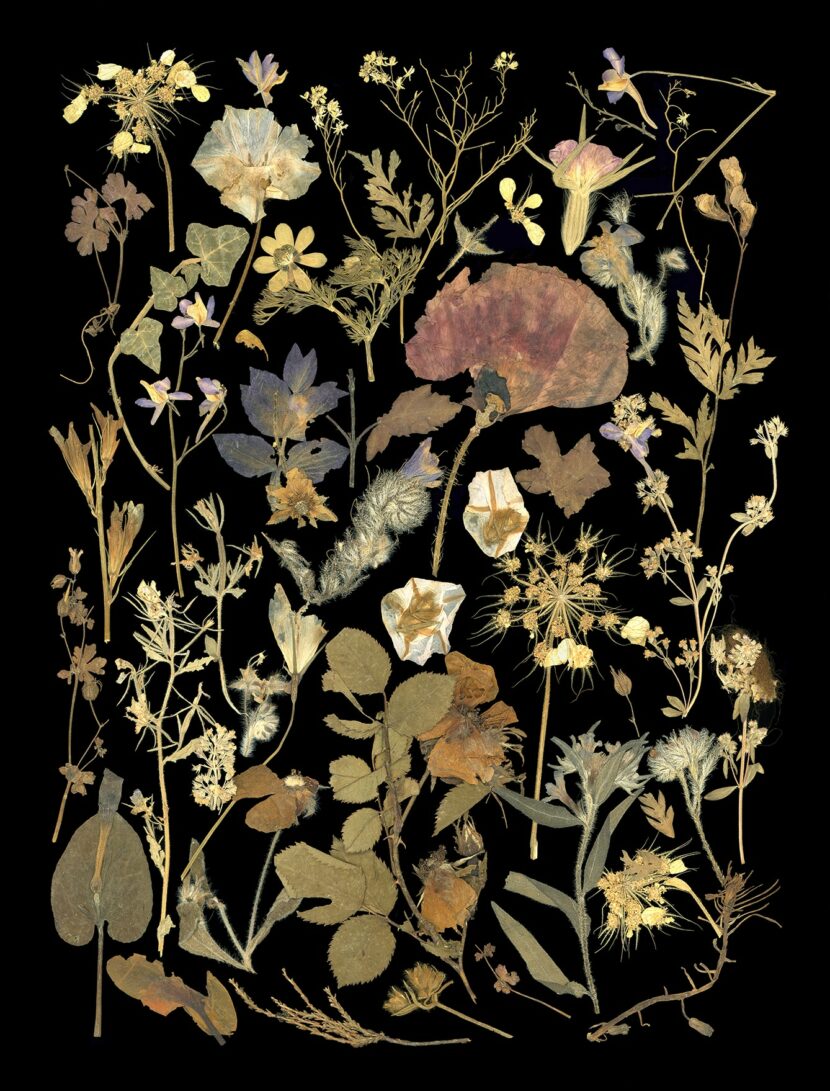 These pressed flowers, including a poppy, were collected by George Marr whilst serving as a soldier on the Eastern Front in Greece during World War I.  Some of the flowers he posted from Salonika to his sweetheart, who later became his wife. On his death his daughter, Georgeann Slater, found a notebook he had kept during his service in Greece.

When I opened the notebook, and flowers were pressed on just about every page, I thought how beautiful it must be for a young man to be so taken with this country. And the thought that I might go to Greece and see these lovely wild flowers was a great encouragement to me. I went to the plains above Salonika, where my father was in 1917. To think that he was walking among those wild flowers, such a sweet gentle man, is a lovely memory of my father.

On discovering the flowers, Georgeann took them to the Imperial War Museum. Finding it closed for refurbishment, she walked back towards the river and the Garden Museum, where, on the spur of the moment, she came inside and offered them to the Museum as a gift. The flowers were identified by Matthew Biggs.