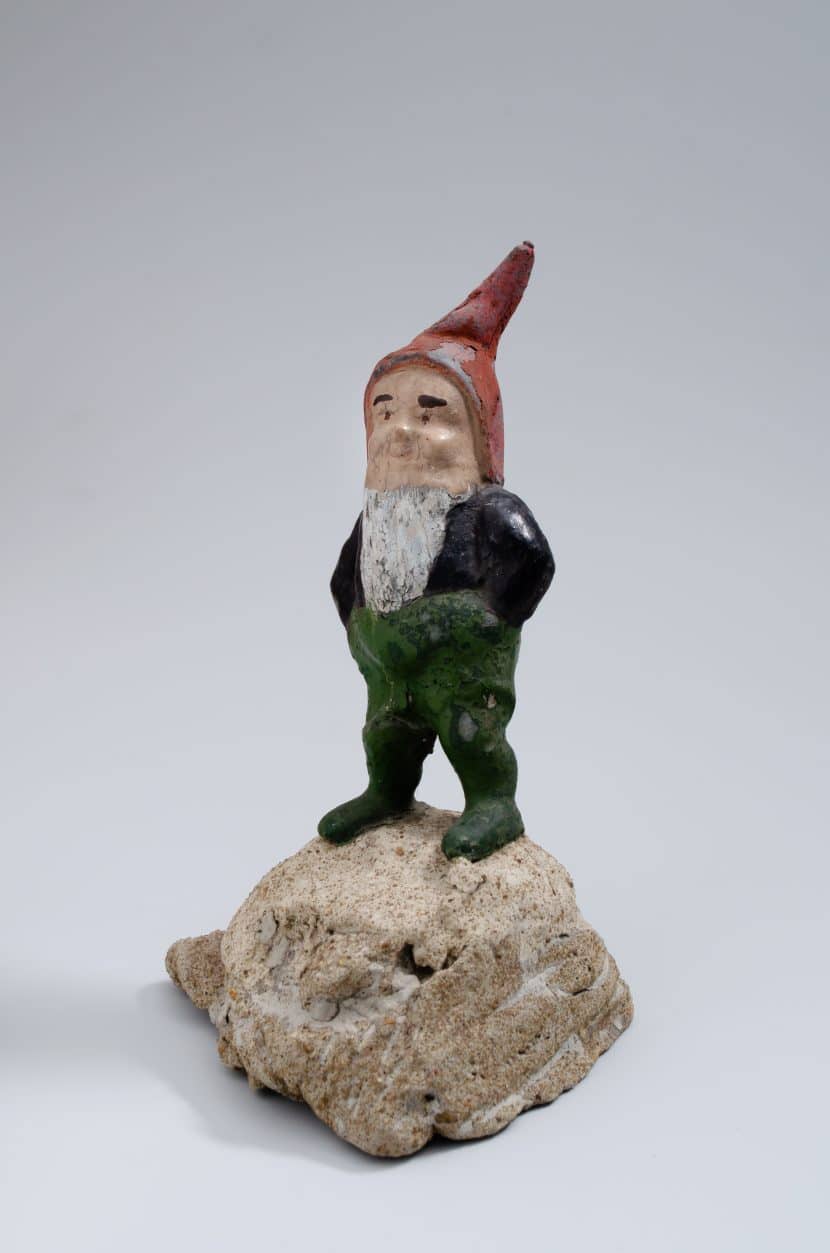 This lead gnome has a mortar base and was made by Britains, a British toy company that specialised in metal models.

Garden gnomes first appeared in Britain in the gardens of country houses. In the middle of the 19th century, Sir Charles Isham started a fashion when he bought 21 German terracotta figures to adorn the rockery at Lamport Hall, Northamptonshire.