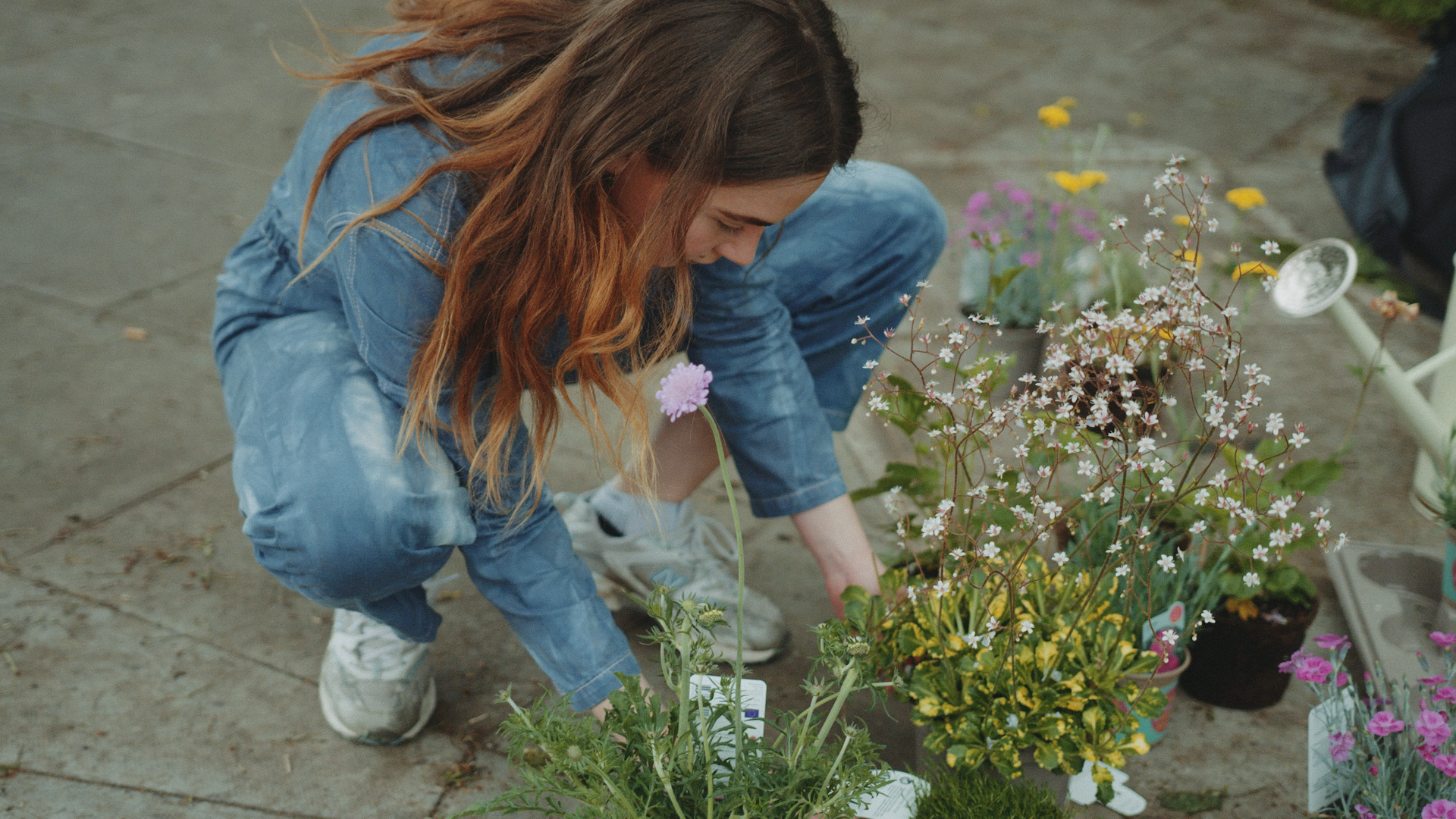 Guerrilla gardener and founder of campaigning group ‘Nature is a Human Right’, Ellen Miles recently hosted a talk at the Museum as part of our Green London programme. Now for those who missed the talk, we’re sharing an extract from Ellen’s book of the same name, which brings together original writing from renowned scientists, nature writers, artists, activists and presenters, in a manifesto for why contact with nature should be a protected human right. 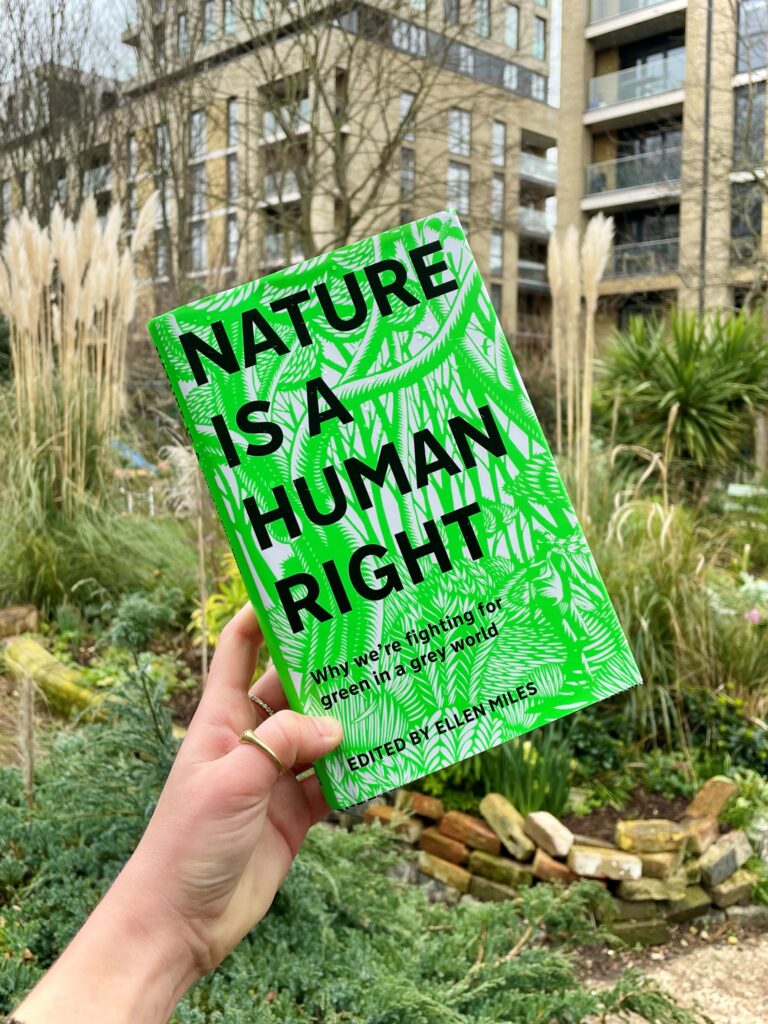 “We never were separate from nature and never will be, but the dominant culture on earth has long imagined itself to be apart from nature and destined one day to transcend it. We have lived in a mythology of separation.”

What does it mean to be human? To ask this, in itself, points to what makes us unique. While other species feel deeply, use tools, communicate and solve problems, we have unequalled capacities to question, understand and express our complex realities. We painted the Sistine Chapel and split the atom, pondered whether to be or not to be, and believed six impossible things before breakfast. We invented chess, and we invented computers that could beat us at chess. We are a species of storytellers, teachers, designers and dreamers, who can understand the world’s past (though we often conveniently forget it) and imagine its possible futures. Our abilities to conjure and create are so vast that, although humans make up just 0.01 per cent of all living things on Earth, we’re now the planet’s dominant influence, pulling this solar satellite’s entire crew with us into the Anthropocene, “the age of humanity”.

The Promethean tales and technologies we’ve built around ourselves are blocking out a truth that we’ve been running from: we are part of nature. This is as much a part of our humanity as the things that make our species “special”. But, for the most part, we’ve chosen to lose our heads in the clouds, and erase nature from our CV. A standard definition of nature confirms this collective delusion: “the phenomena of the physical world collectively, including plants, animals, the landscape, and other features and products of the earth, as opposed to humans or human creations”. The phrase “we are nature” may sound like inspirational guff – something you’d find written in cursive over an Instagram stock image or hung on the wall of a backpacker hostel – but it’s a truism.

We are “products of the earth”. The iron in your blood, salt in your sweat and calcium in your bones come from the Earth’s crust. The water molecules that make up 60 per cent of your body have flowed down the Nile, rained over the Amazon and drifted across the Atlantic Ocean. You’re related to everything that’s ever lived on the planet: all life evolved from one single-celled organism; you share DNA with each and every living being, from amoeba to zebra. The visual continuum between human bodies and other elements of nature has its own poetry: our snaking veins run like rivers, neurons crosshatch chaotically like mycelium, and bronchioles branch out like tree limbs. The perfectly imperfect human form – micro to macro, inside and out – is glorious in its nature-ness.

For over 99 per cent of human history, there was nothing other than “nature”. Our bodies evolved among a rich tapestry of life, woven from deep relationships between plants, animals, soil, landscape, air, water and weather. Let’s say we condensed the 300,000 years that humans have existed into 24 hours, with right now, as you’re reading this, being midnight. Homo sapiens blinks into existence as the clock starts, and then spends almost the entire day immersed in the wild. It’s not until after 11pm that the first Agricultural Revolution – the shift from a roaming hunter-gatherer lifestyle to settlement and farming – comes along. At 11:30pm, the world’s first cities rise up from the dust. Giza is pyramidless until 11:38pm. The Scientific Revolution, and its revelation of a complex, magical world beyond the reach of our naked senses, arrives at 11:57pm. The Industrial Revolution, a minute later. A durable, mass-producible new material called “plastic” is invented with just 33 seconds left of the day. Neil Armstrong takes one small step with 15 seconds to go, and Google launches seven seconds before midnight. From this perspective, it’s clear that our severance from the land is a relatively recent phenomenon. Nature is, ahem, our natural habitat.

But our habitats now look very different to our ancestors’. Today, most Homo sapiens live in urban environments: mazes of concrete, glass and tarmac in which nature has become an other – compartmentalized, commodified and enjoyed, at best, in doses. Have we adapted to our new, urban surroundings? Unlikely. Genetic variations take thousands of years to emerge, so there’s little chance we’ve evolved to suit the rapid urbanization and industrialization of the last 250. “It took us seven million years to get to where we are now,” human evolution expert Professor Kaye Reed explains, nodding back to our first hominin forebears. “Homo sapiens that existed 40,000 years ago have essentially the same genome. If we have genes that relate our well-being to nature, they’re not going anywhere any time soon.”

Influential biologist Edward O. Wilson, dubbed the Darwin of the 21st century, affirms that our need for nature is genetically encoded. Wilson’s “biophilia hypothesis” says that humans have an innate need to connect with the kind of lush, life-filled environments that our ancestors would have prospered in. Although it might feel like our glass towers, underground shuttles and digital infrastructure grant us independence from nature, our genes still stubbornly anchor us to it.

Some futurists think we might transcend our Stone Age genetics by other means. Transhumanism is gaining momentum, and there may come a time when we can upload our consciousness to a “cloud”-like digital realm. For now, though, we are incurably carbon-based apes. Our cultural advancements drape like intricate costumes over these simian frames. They empower and entertain us, but they don’t change what’s underneath. 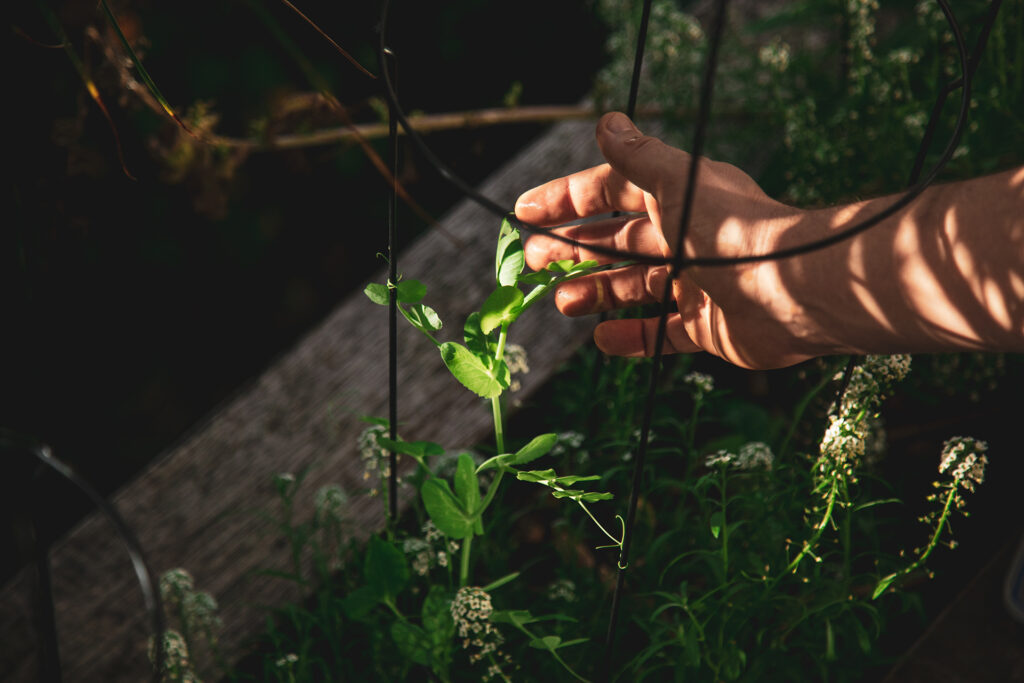 There are, of course, many wonderful things we can do to alter our bodies; surgeries and prosthetics can be life-changing and -affirming. I’ve personally chosen to have laser eye surgery, a titanium tooth implant and the contraceptive coil. Accepting our status as animals and our need to connect to living things doesn’t restrict life-improving procedures; our ancient genes, whispering of primordial roots, are untouched by such interventions.

Acknowledging our need for nature doesn’t mean abandoning civilization’s achievements, many of which are improving global quality of life. What it does demand is reframing our understanding of “civilization” to include nature connection, rather than explicitly shunning it. At present, our very concepts of “civilization” and “progress” are understood in terms of moving away from, or taming, nature.

As proof of this, Indigenous cultures – whose diverse practices share in common a land-based approach, and respect for nature’s balance – have been derided as “uncivilized”, or even “barbaric”. But it’s the rest of us who are causing chaos. Our insistence that we are independent from nature, and that “progress” means widening this gap, is ushering in a host of harms. Some of these rising threats, such as decreased immunity, stress, allergies and diminishing attention spans, manifest within our bodies. Others are visible in our environment: the impacts of widespread ecological unravelling, including extreme weather, rising sea levels and temperatures, the extinction of keystone species, and toxic air, land and water.

We are at a crossroads. Our species has arrived at an embarrassingly teenage phase; lashing out with Oedipal spirit, we seek to both conquer and eliminate our lifesource. To become a mature global civilization (as well as curb the sixth mass extinction) we must accept this simple fact: a need for green is written in our genes. By divorcing ourselves from nature, we are both limiting our potential and losing a part of ourselves. Nature is not an inconvenience or an other; it is not a luxury or a frivolity – nature is a human right.

Nature is a Human Right is available online now: order a copy