Russell Page (1906-1985) was a renowned British garden designer whose geographic reach and high-profile clientele distinguished him as one of the foremost landscape designers of the 20th century. The Russell Page Archive is one of the largest held at the Museum, containing over 3300 plans as well as photographs, correspondence and notes, including drafts for his unpublished sequel to The Education of a Gardener (1962), provisionally titled In Making Gardens. 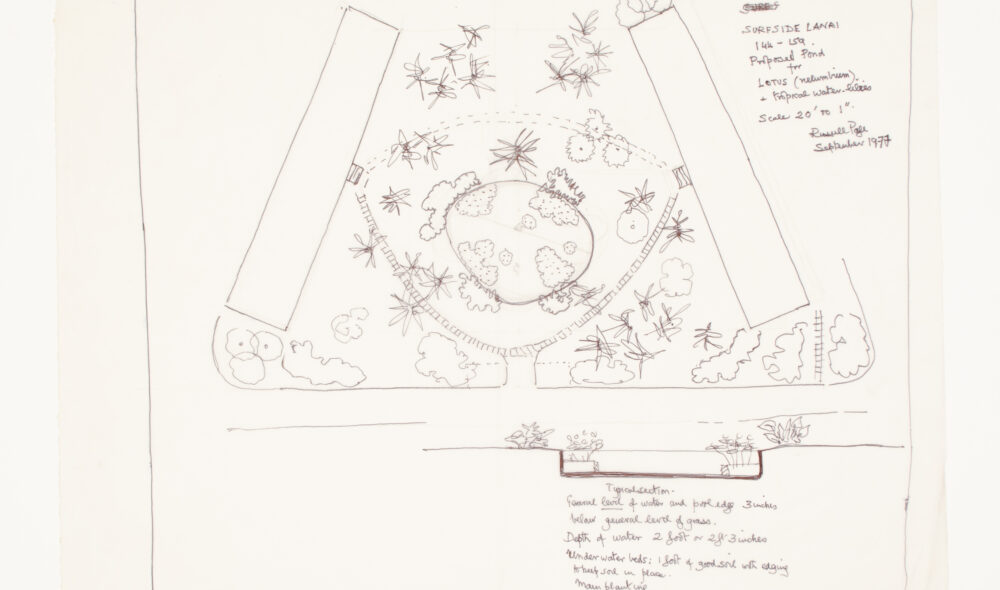 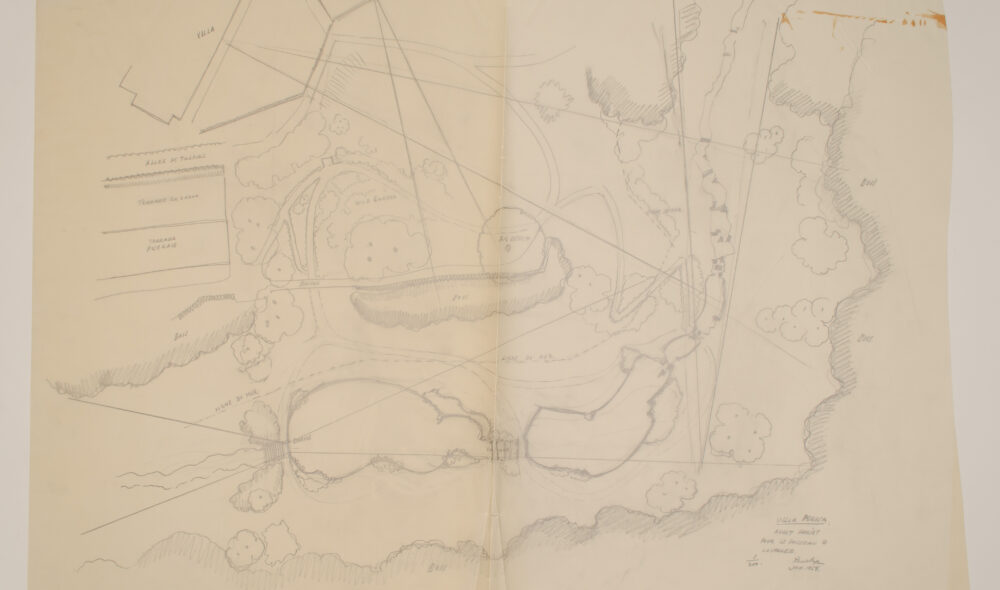 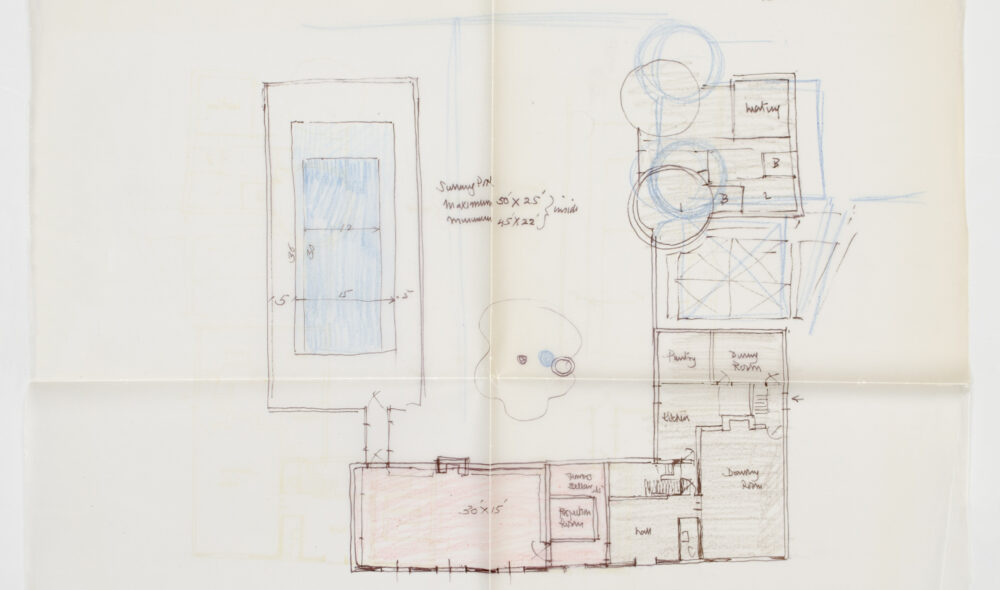 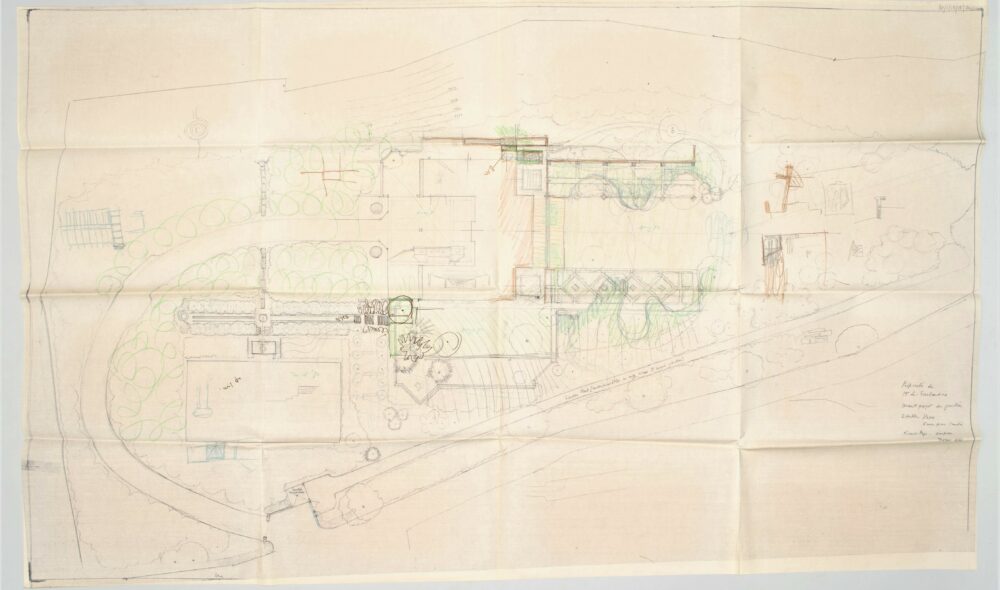 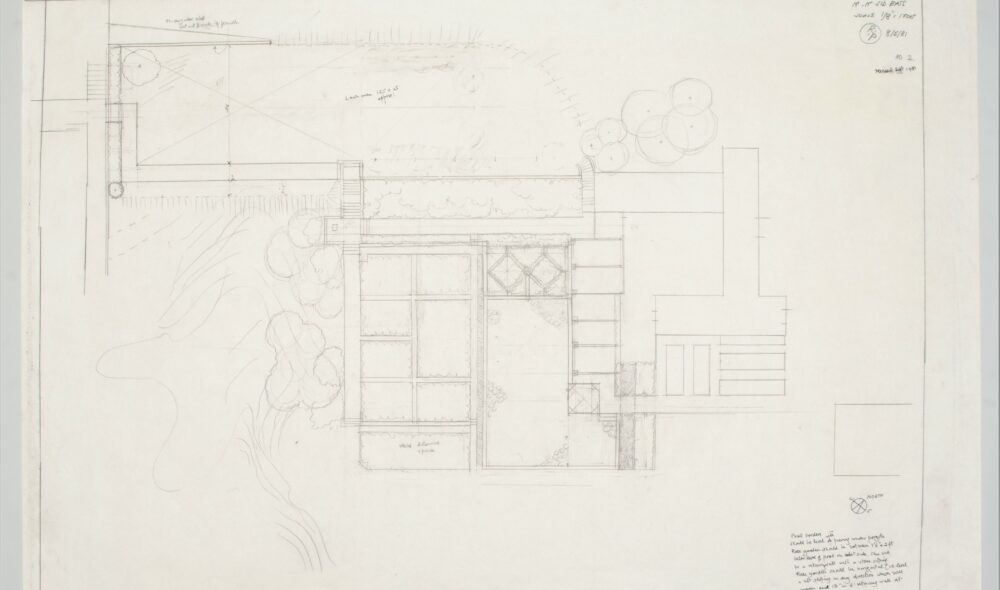 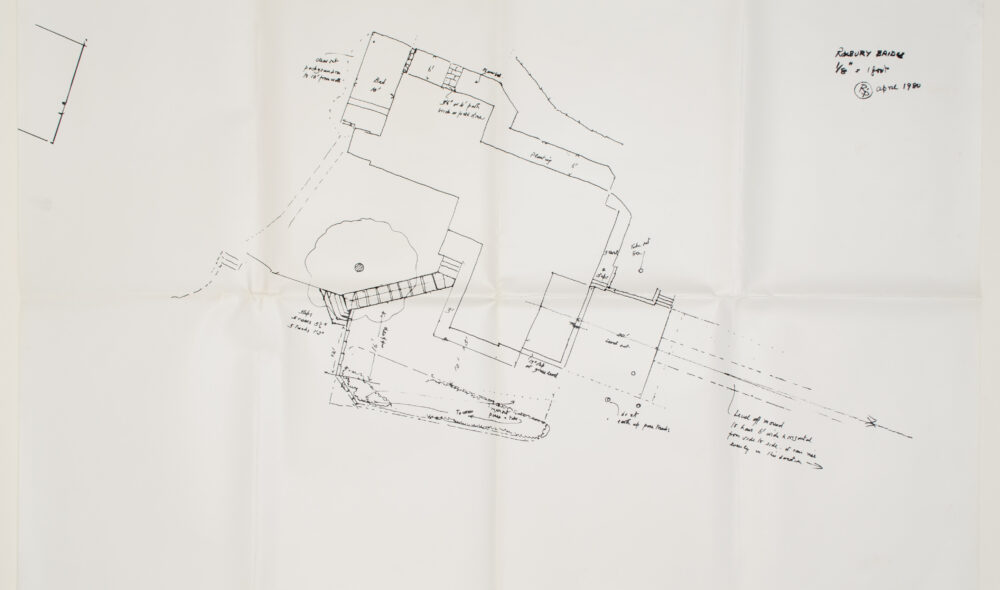 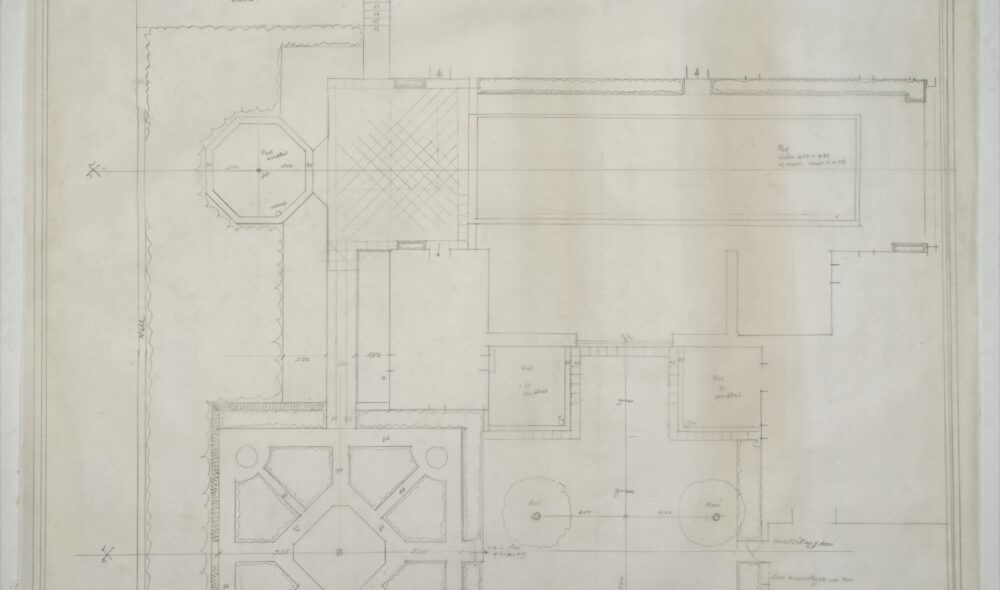 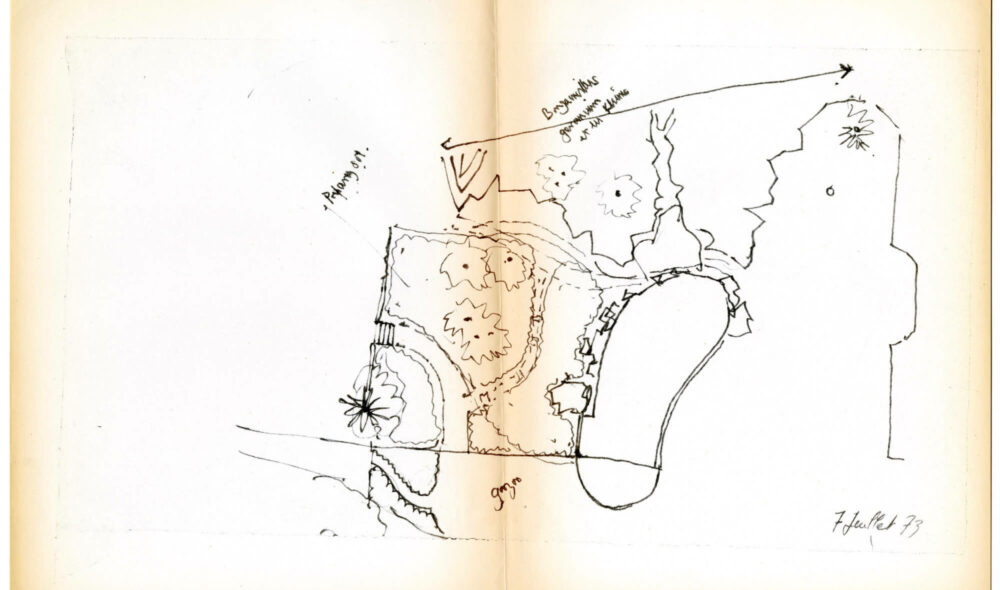 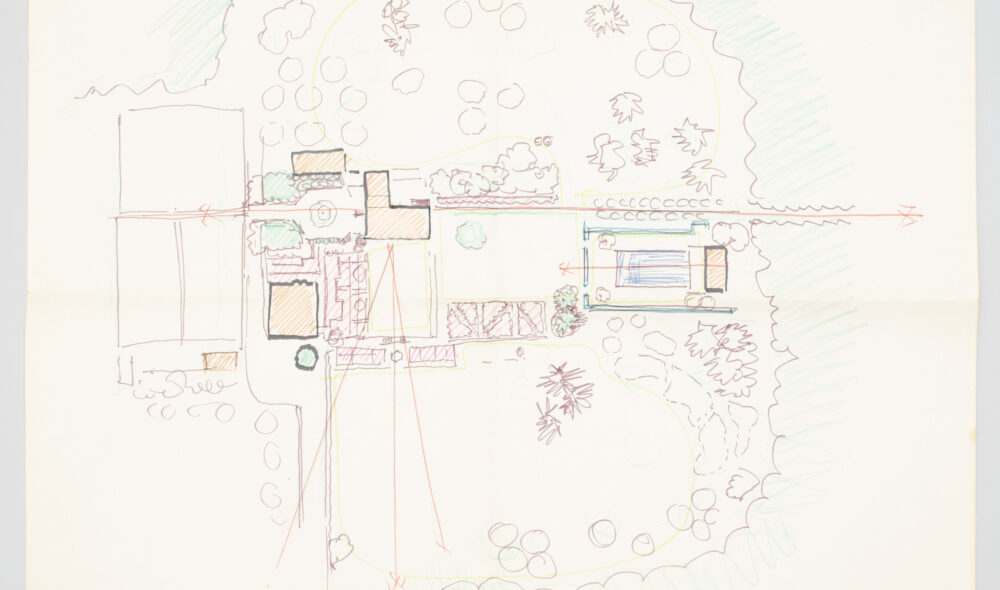 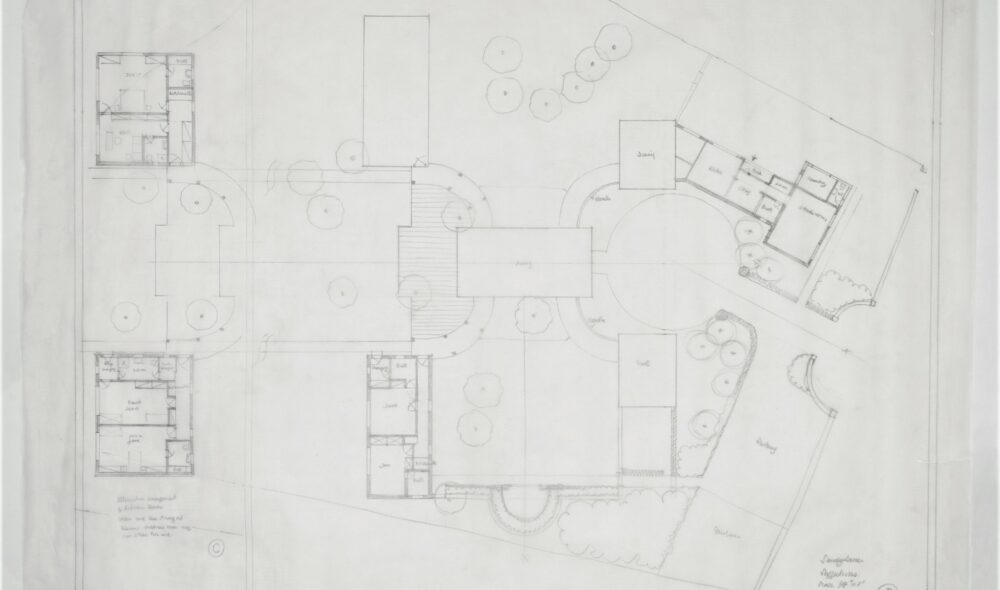 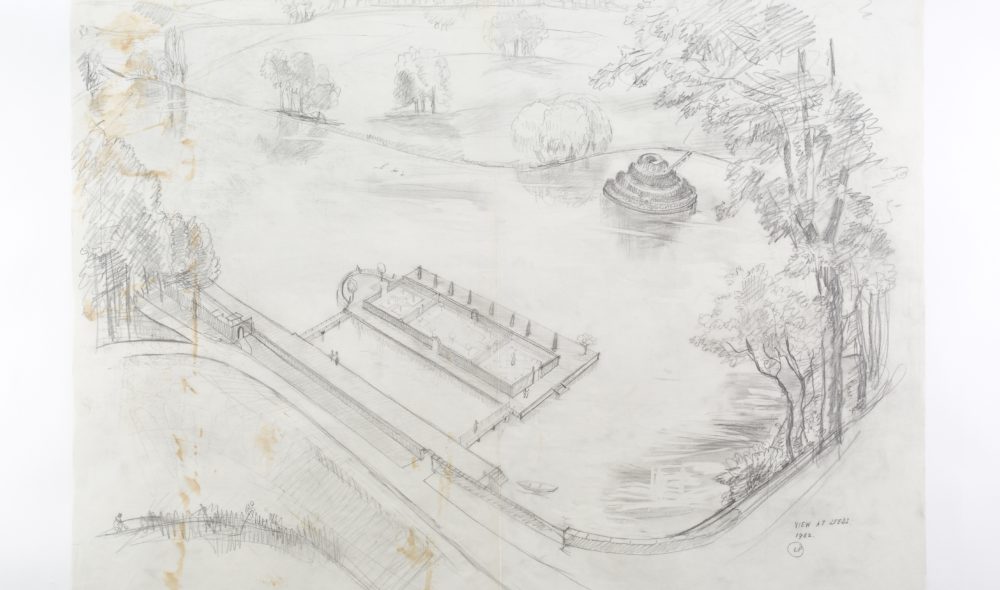 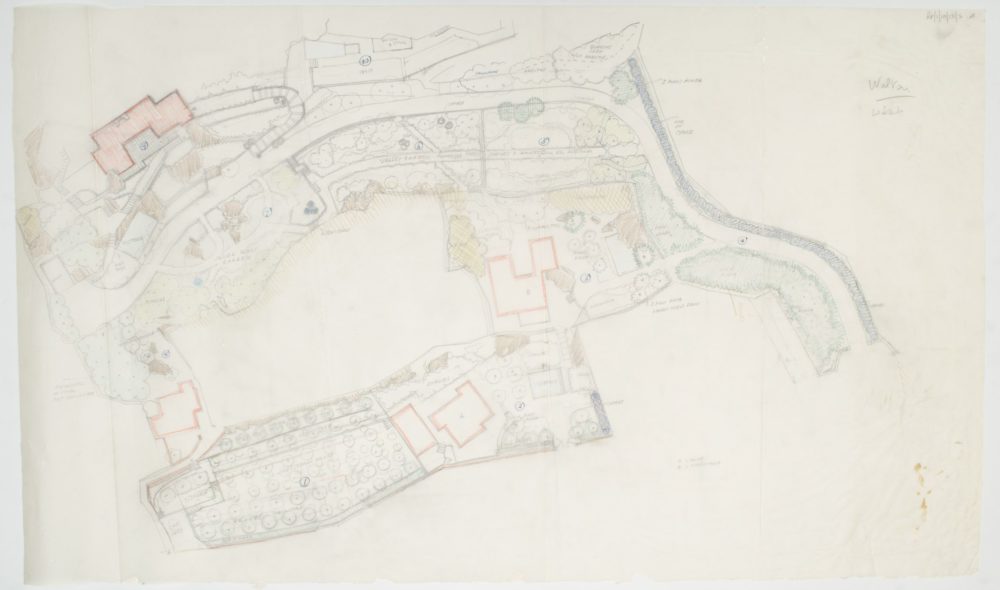 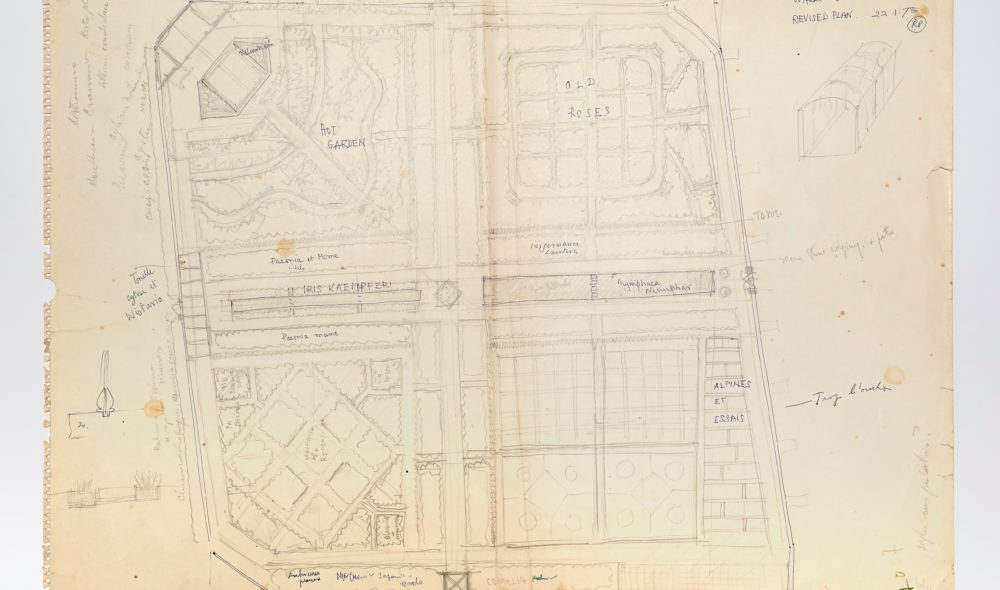 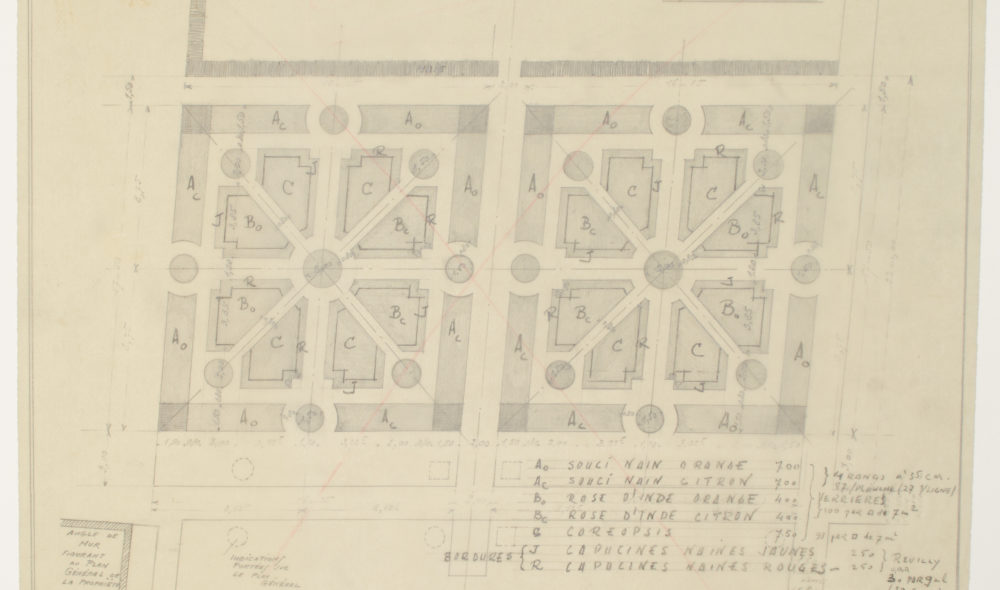 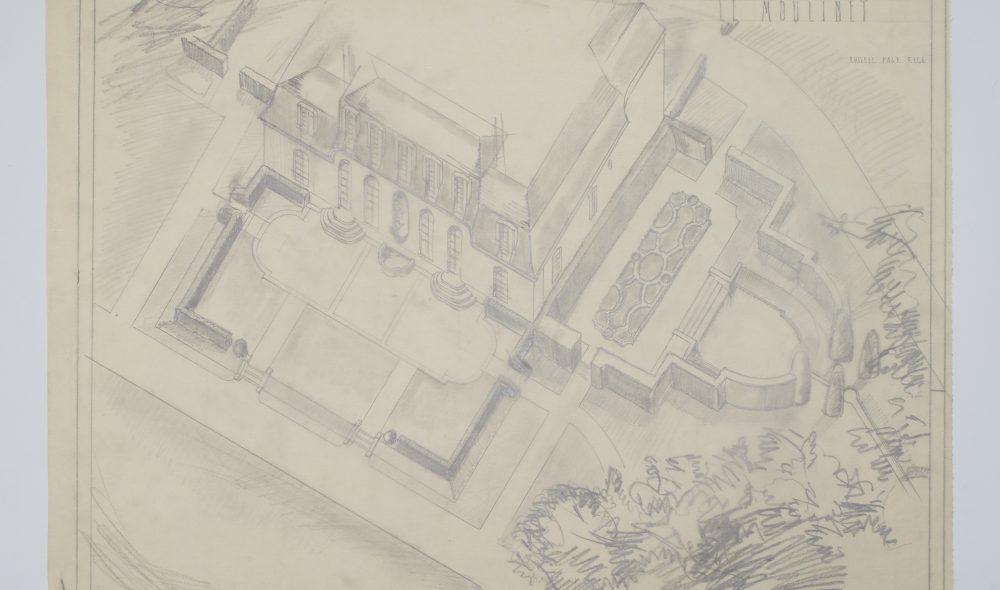 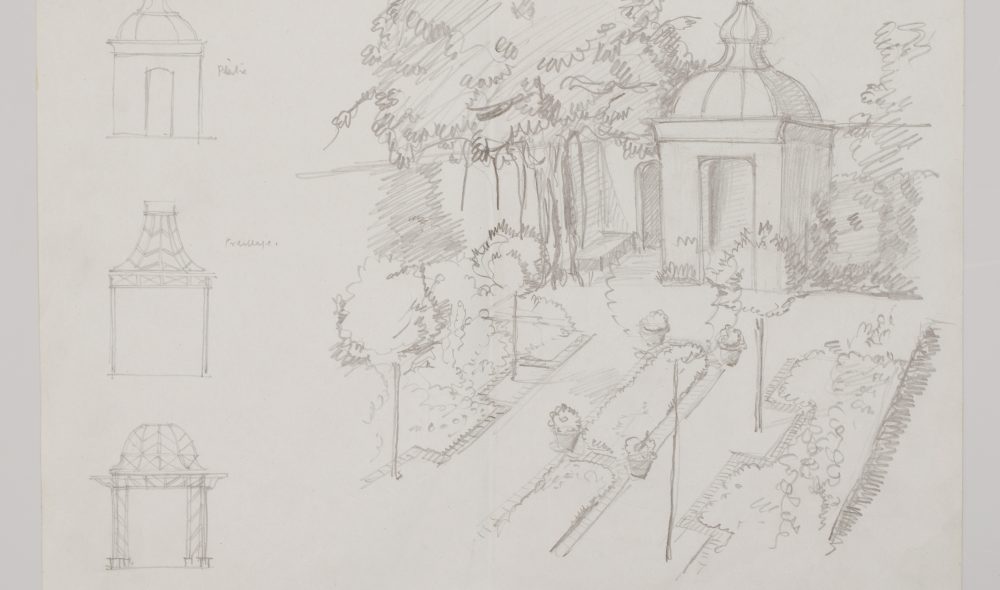 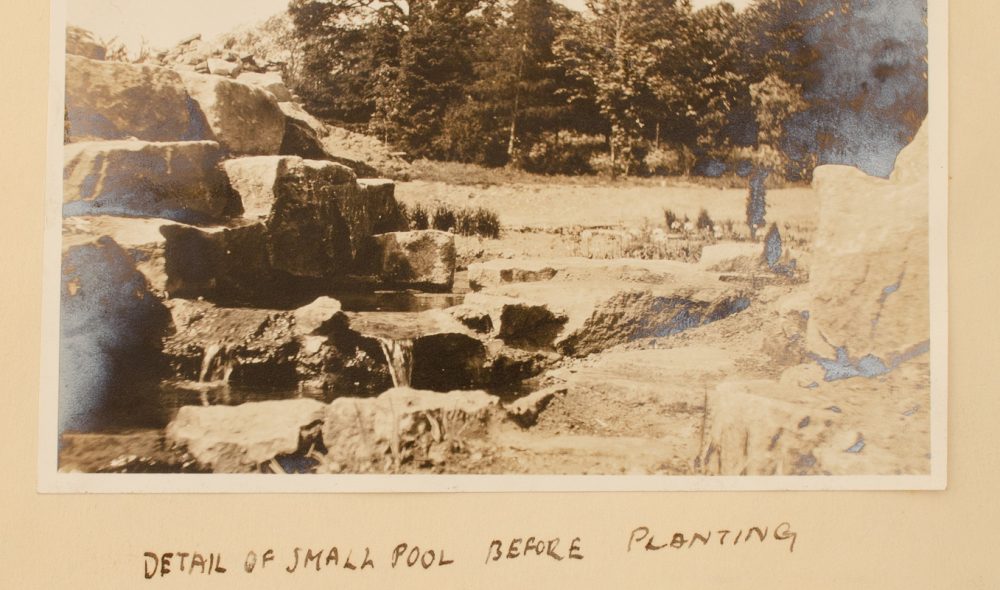 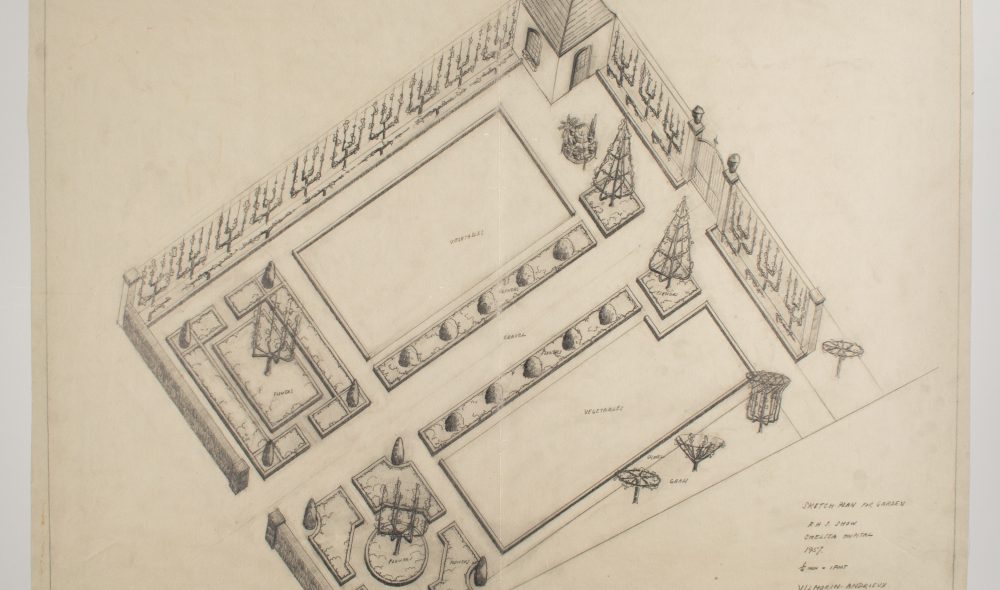 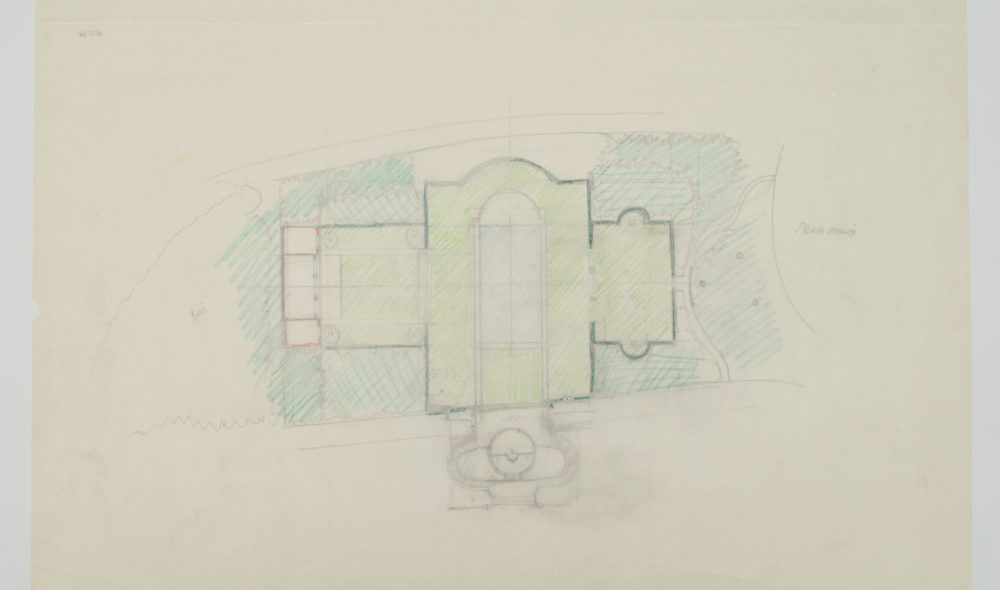 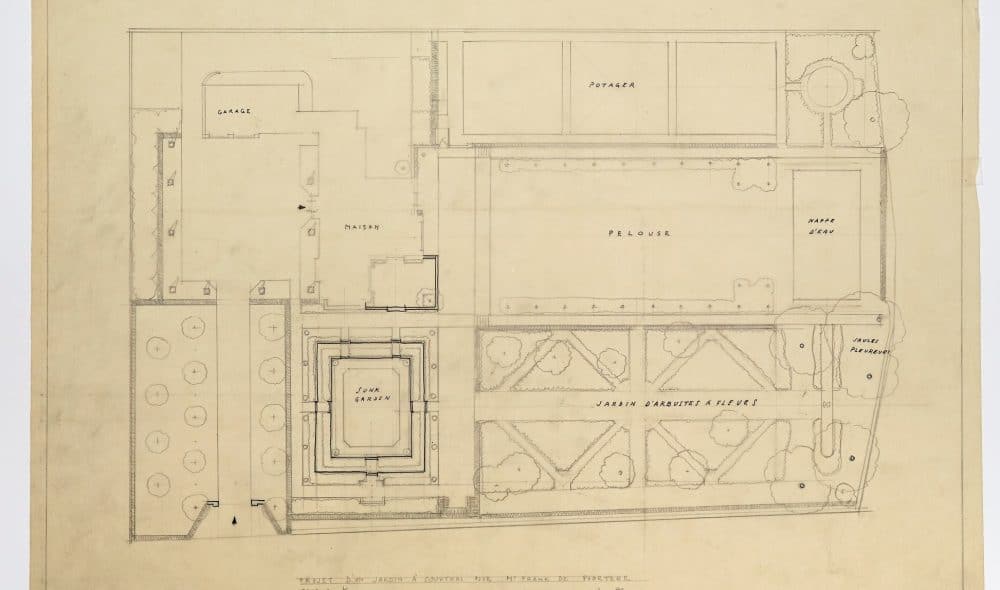 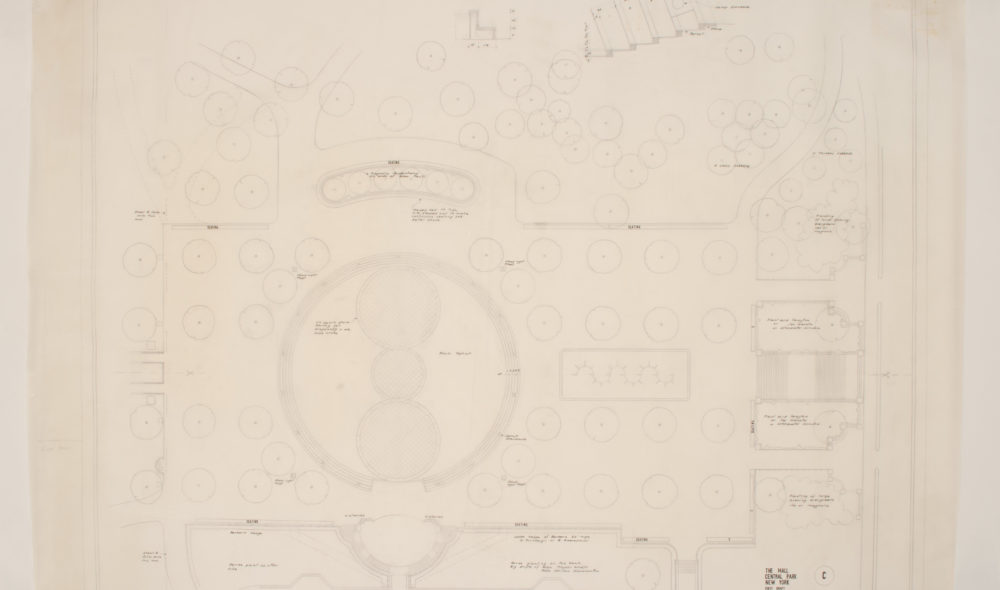 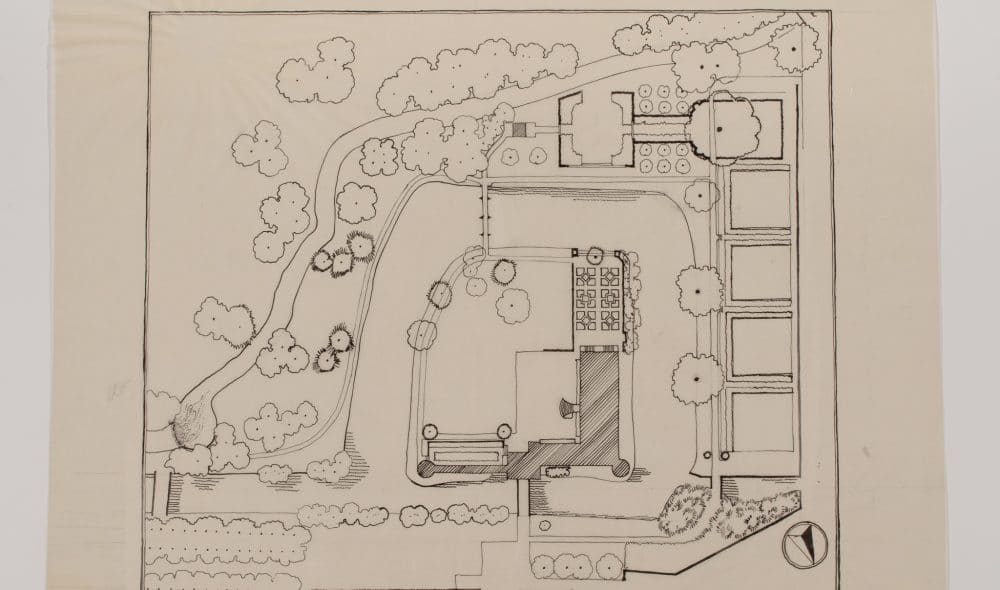 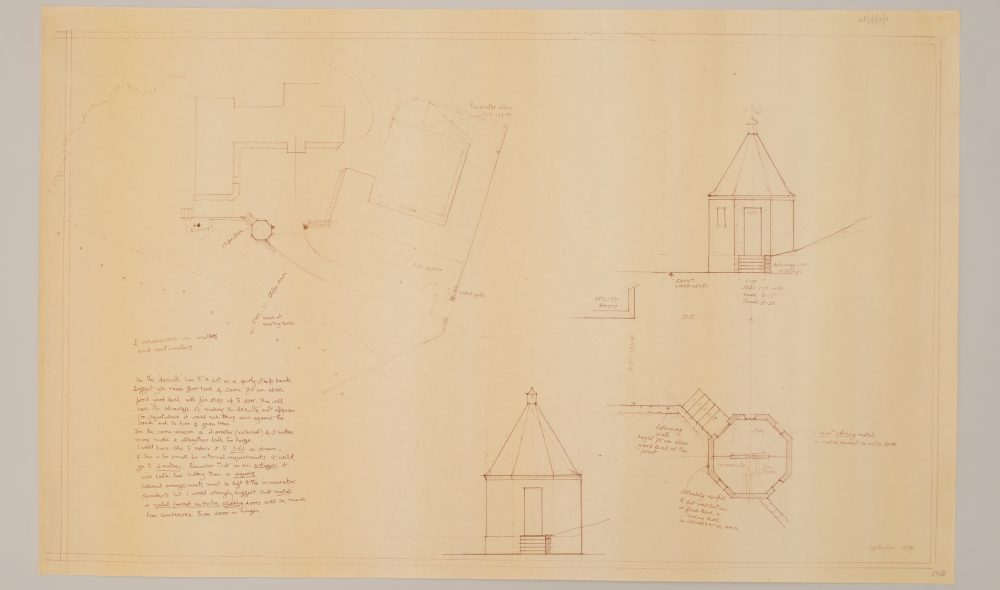 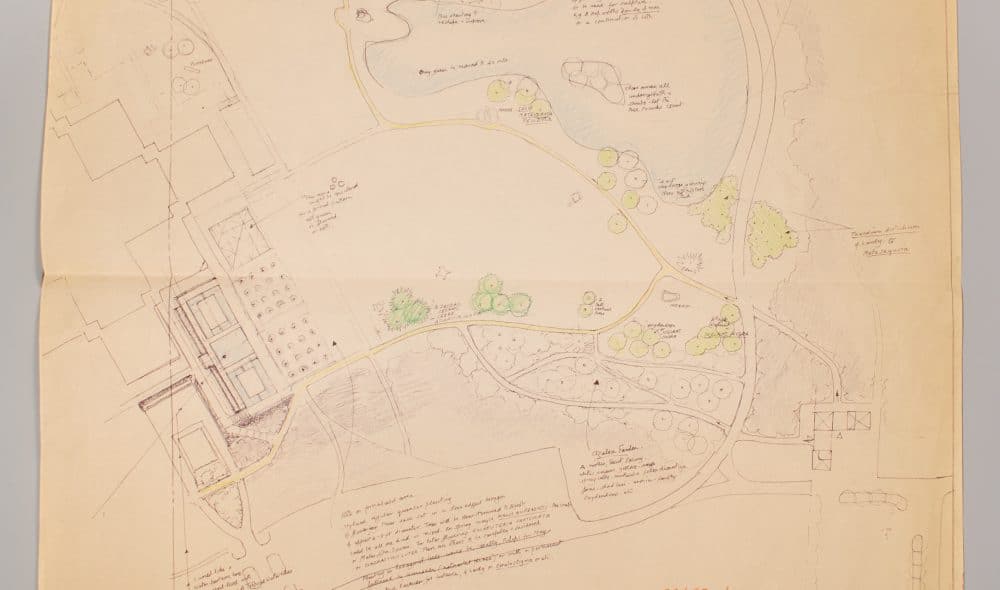 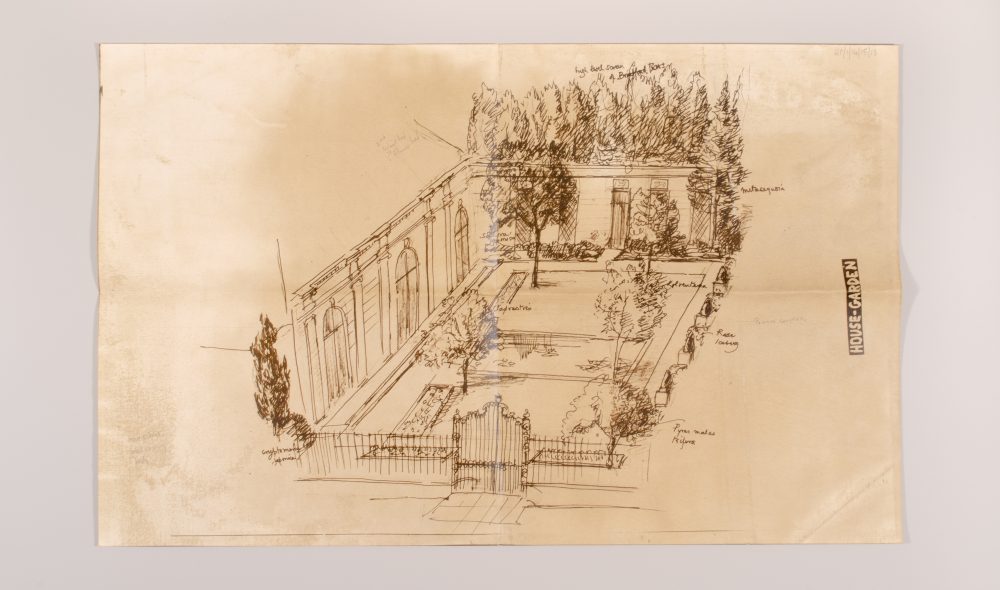 Montague Russell Page was born in 1906, the second son of Harold Ethelbert Page, a solicitor in Lincoln. He was educated at Charterhouse School, Surrey (1918–24), and afterwards studied at the Slade School of Fine Art, London (1924–26) under Professor Henry Tonks. From 1927 to 1932 he studied art in Paris. On his return to Britain, Page was employed by the landscape architect Richard Sudell and he began remodelling the gardens at Longleat – work which would continue for many years.

From 1935 to 1939 he worked in partnership with Sir Geoffrey Jellicoe. Among their various projects, Page and Jellicoe worked at the Royal Lodge, Windsor; Ditchley Park, Oxfordshire; Holme House, Regent’s Park, London; Charterhouse School and Leeds Castle, Kent as well as in France.

From 1945 until 1962, Page lived and worked in France, undertaking commissions in Europe, the Middle East and North and South America where he combined his artistic and horticultural talents. He undertook all types of gardening projects from small private gardens to parks and estates and public spaces. His projects were diverse and reflected his understanding of European and Islamic gardening traditions and his extensive knowledge of trees and plants. At PepsiCo Headquarters in New York, Page not only designed the grounds, including a stunning water-lily garden, he was also involved in the selection and siting of sculpture for display.

In 1962, Russell Page’s book The Education of a Gardener was published and is now recognised as a classic in the field of garden and landscape design and planting. Page’s approach to garden design is probably best captured in his own words:

‘Whether I am making a landscape or a garden or arranging a window-box I first address the problem as an artist composing a picture; my pre-occupation is with the relationship between objects’ (Page 4).

In 1947, Page married Lida Gurdjieff, daughter of the spiritual teacher G. I. Gurdjieff and they had a son, David, but divorced in 1954. He was then married to Vera Milanova Daumal, widow of poet Rene Daumal and the former wife of the poet Hendrick Kramer, until her death in 1962.

Page continued to work up until his death in January 1985. His projects in Britain included those for John Aspinall at Port Lympne, Kent; the Marquess of Bath at Longleat; the Duke of Beaufort at Badminton House as well as for Granada Group service stations and TV studios. In Europe he designed gardens for the Duke and Duchess of Windsor, the Agnelli family, Sir William Walton and Baron Guy de Rothschild, amongst others. His work can also be found at the Metropolitan Museum of Art, New York, The Frick Collection and New York University as well as in Chile, Venezuela, Egypt, Lebanon and across the Caribbean.

The Russell Page Archive comprises plans and drawings for garden design projects undertaken by Russell Page across Britain, Europe, North and South America, the Caribbean and North Africa; papers about the Russell Page Foundation with completed questionnaires and letters regarding a proposed exhibition of his work at the Garden Museum; certificates of awards given to Page, including an OBE; notes and draft chapters for his unpublished follow up to The Education of a Gardener, provisionally titled In Making Gardens; various pencil, ink and watercolour drawings by Page; colour and black and white photographs; various magazine and journal articles by and about Page, and brochures. The collection also includes plans by architects and surveyors used by Page in his work; photocopies of letters, notes and plant lists by Page collected by Anne Bass (one of Page’s clients at Fort Worth, Texas), with additional notes by her, and assorted pencils used by Page in his work.

Page, Russell. The Education of a Gardener. London: Harvill, 1995.

All photographs, drawings, plans and texts by Russell Page are © Estate of Russell Page. All images are subject to copyright and are to be used for personal research purposes only. To request an image from the Russell Page Archive, please contact the Archivist: rosie@gardenmuseum.org.uk.

This project to catalogue and share the Russell Page Archive has been supported by the Geraldine Stutz Trust.

We are grateful to the De Belder family and Vanessa Stourton for depositing the Russell Page Archive to the Garden Museum.