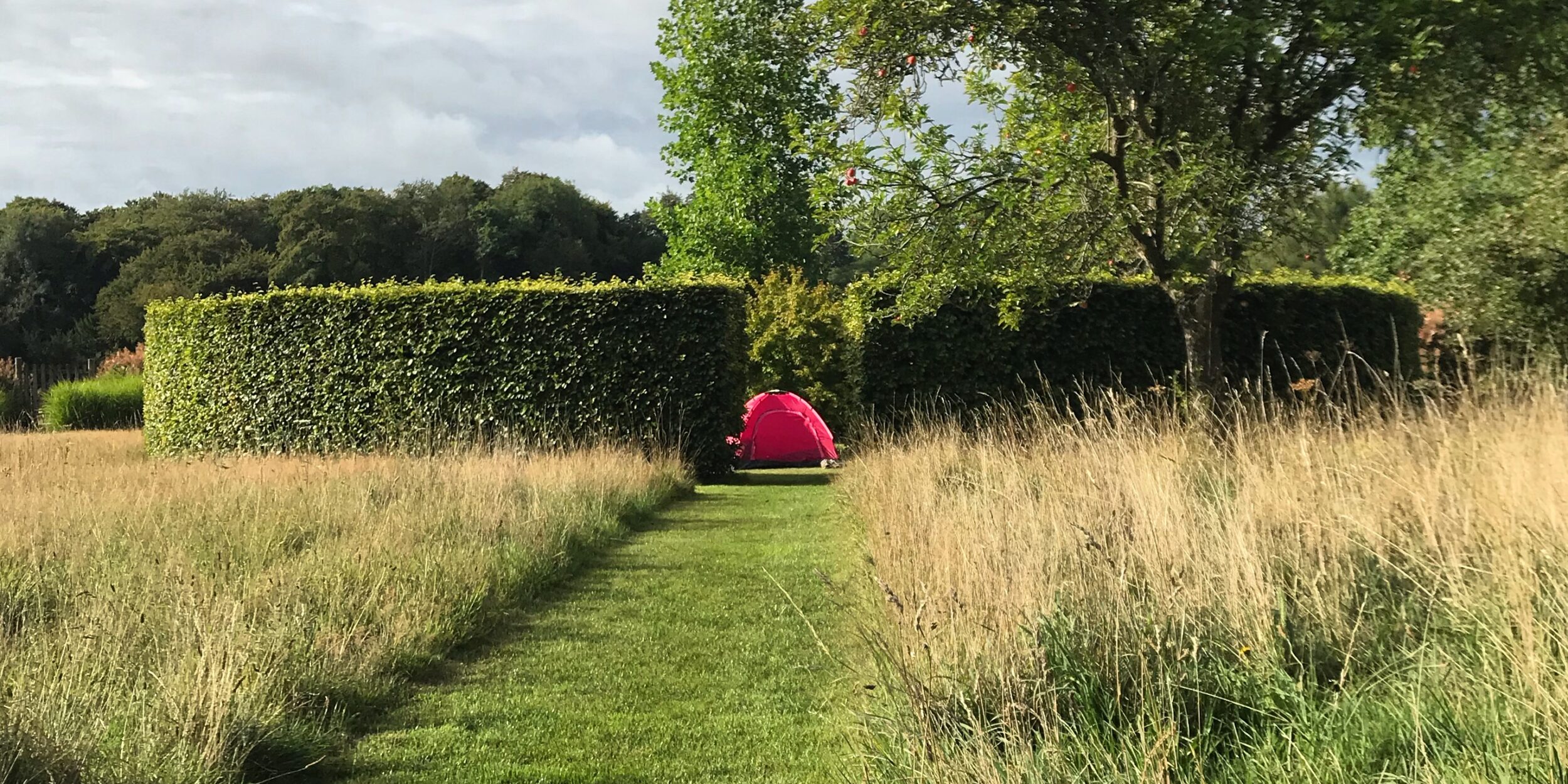 135 Miles from Lambeth to Little Badminton

Last week, Garden Museum Patron Caspar Williams set off this weekend on his 135 mile walk from Lambeth to Russell Page’s grave at Badminton, inspired by his hero Russell Page, whose drawings and manuscripts we care for and treasure in our Archive of Garden Design. Caspar’s walk was to help raise funds towards the Garden Museum’s fundraising Appeal, and we are delighted to announce that he raised over £9000! We are very grateful to all of his friends who support our Appeal, and of course to Caspar for his generosity and spirit in undertaking such a journey to help the Museum.

“Russell Page was one of the foremost landscape designers of the 20th century. He made gardens all over the world, and wrote a book which is very dear to me, The Education of a Gardener. Russell Page went to the Slade School of Fine Art, and, after the War, he studied with Oscar Kokoschka in Paris. To me, his work is like painting with nature.

Until the Museum was built there was nowhere to keep Russell Page’s papers and make them accessible to students. While being a small institution, the Garden Museum is dedicated to sharing the history of gardening with all. It is visited by many schools a year, has a community and outreach programme in place, and houses an archive of Garden Design, providing access to the records of leading British garden designers of the 20th and 21st centuries.”

Here we recap a summary of Caspar’s journey, in his own words: 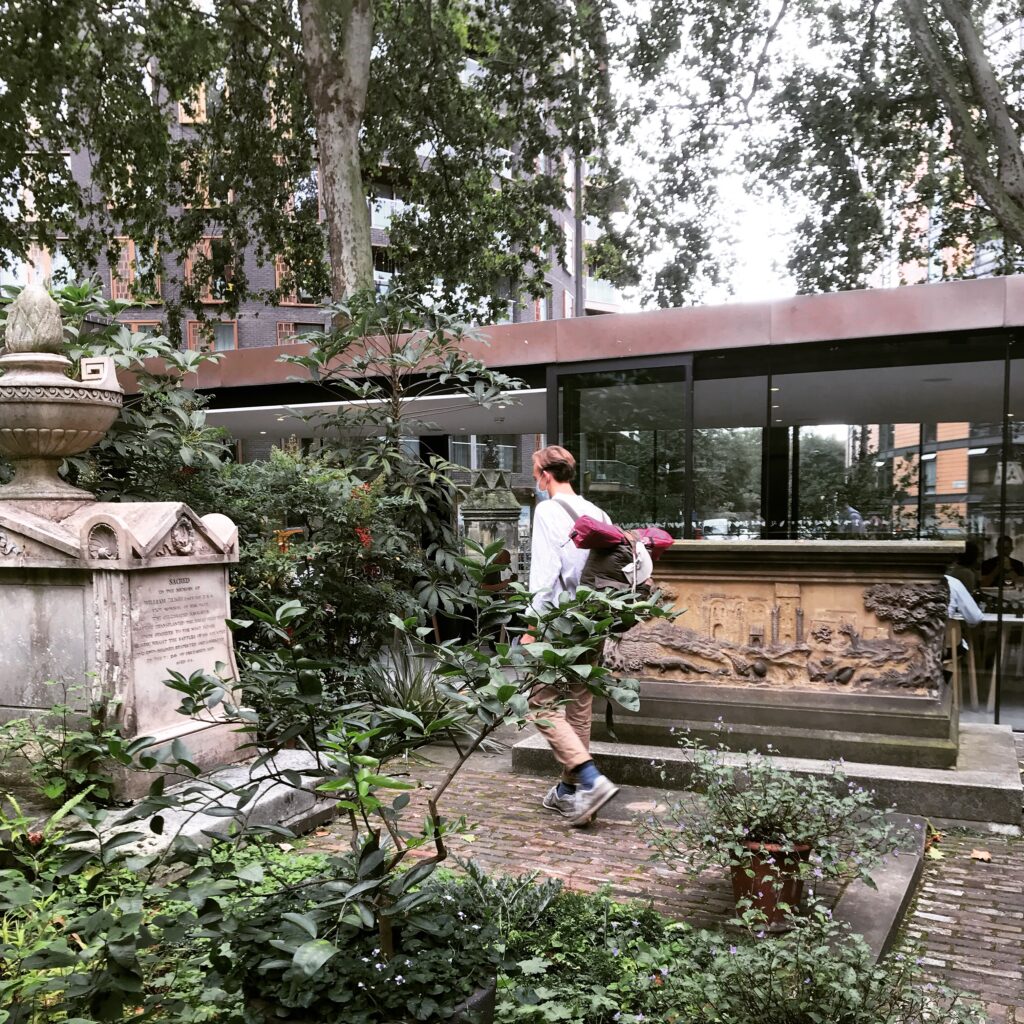 I’ve just started waking 100 miles to help raise funds in support of the Garden Museum. My walk will take me to the resting site of Russell Page, a great gardener of the last century, from Lambeth in South London, where the Garden Museum is. It’s very windy and drizzling, so please join me in my prayers for clement weather. My first stop is Runnymede. 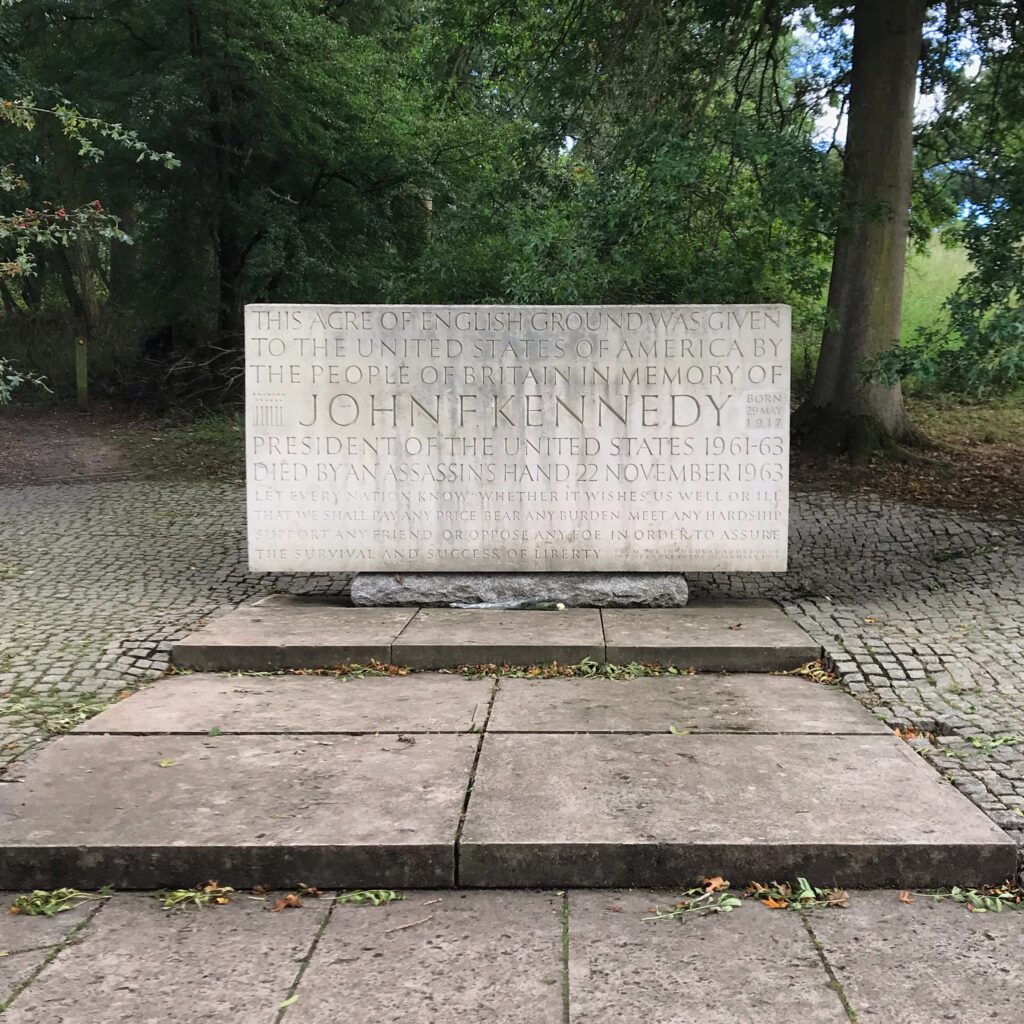 Day Two of my 100 mile walk in support of the Garden Museum begins with a walk to Runnymede, to visit The John F Kennedy Memorial, designed by Geoffrey Jellicoe.

Jellicoe and Russell Page worked together for many years, and he is mentioned several times in the Education of a Gardener. By visiting this important monument of his, I hoped to draw them closer by walking to them both.

The JFK Memorial is in Runnymede, where the Magna Charta was signed in a meadow by the Thames. This land was gifted by the Crown to the US. It is a peaceful place, that through landscape design celebrates the survival and the success of liberty. I think great design in gardens and landscapes happens where the mind and thoughts of the onlooker are are told of a feeling.

Christopher, director at the Garden Museum, sent me a letter Jackie Kennedy wrote to Jellicoe to thank him. It begins:

I can’t express to you the emotions I feel – about the way you made the memorial at Runnymede for President Kennedy. I don’t know what I imagined it would be like – a beautiful green field with a simple stone in it somewhere – but what you did was so moving.” 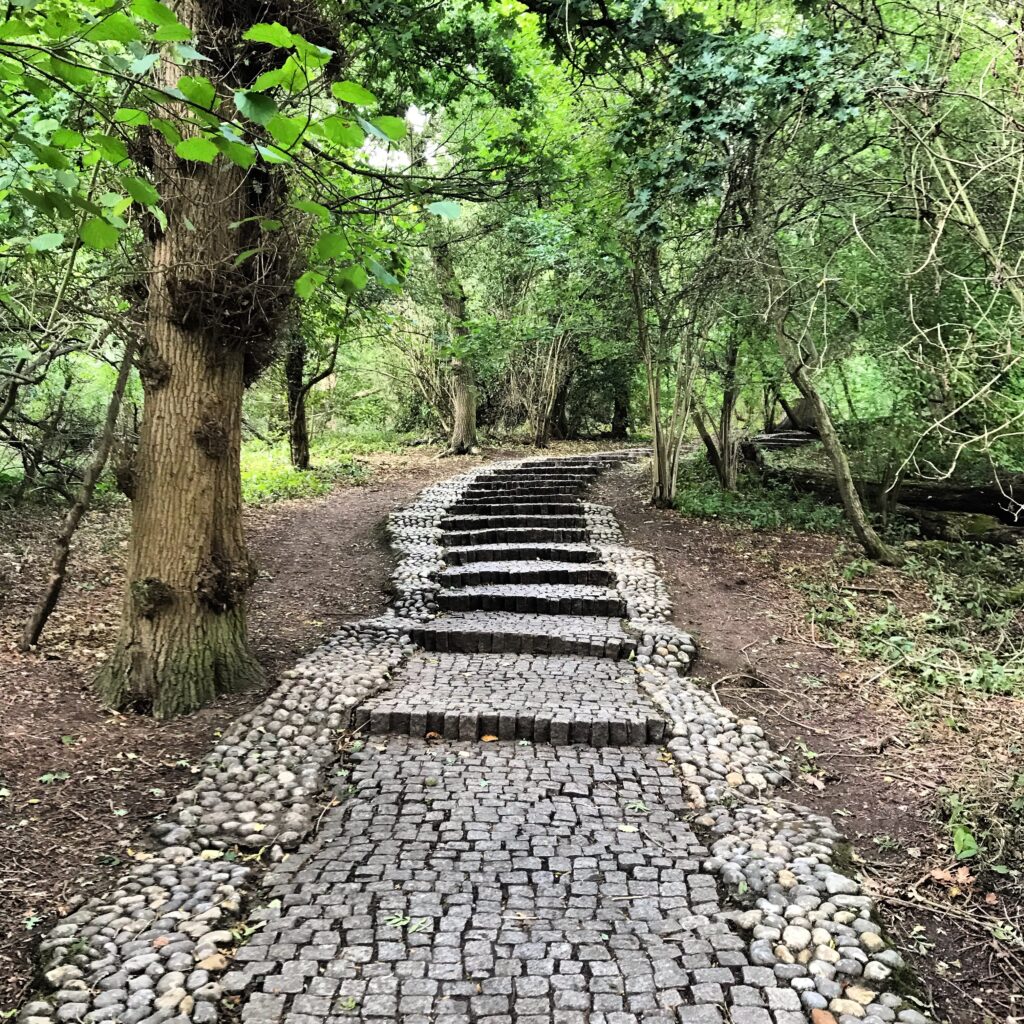 Jellicoe based the design of the memorial on the overall theme of Bunyan’s Pilgrim Progress – that of Life, Death, and Spirit. Thus the monument is made up of three parts: steps, stone, and sears. The inspiration for the conversion of the analogy into landscape reality came from paintings by Giovanni Bellini. The centrepiece of the memorial is a seven ton block of Portland Stone, with markings showing it is 100 million years old. 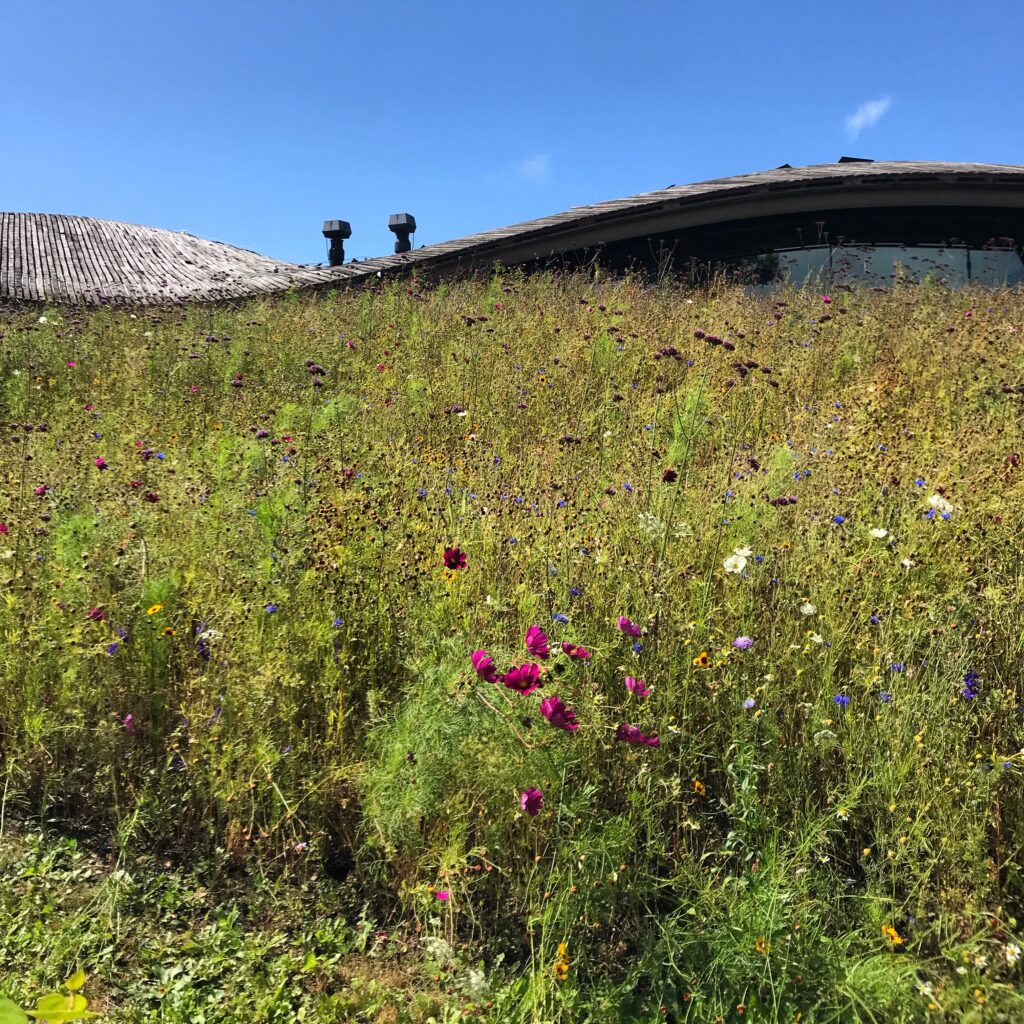 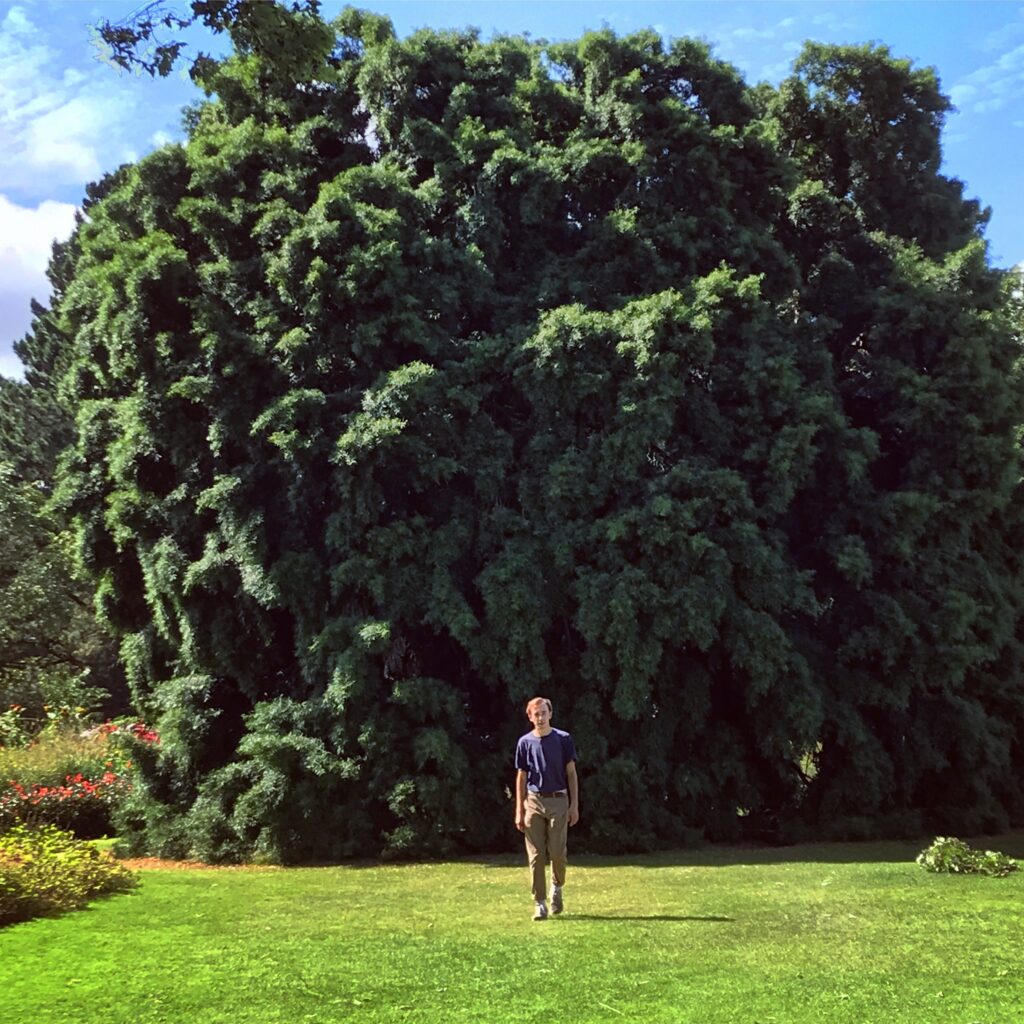 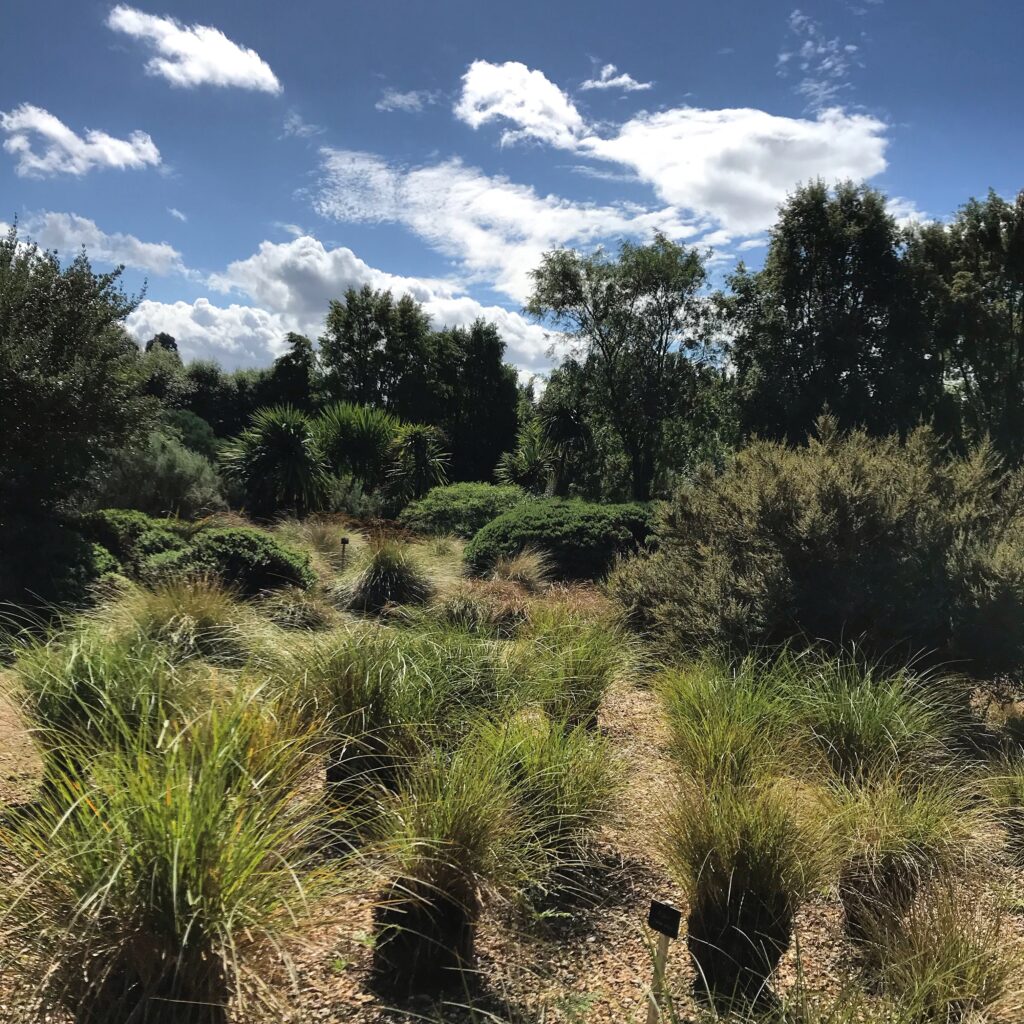 Russell Page, on the subject of gardens for the public eye writes on the Savill Garden in Windsor Great Park:
“the astonishing achievement of Sir Eric Savill who has quietly, over the years, transformed acres of Windsor’s woodland into a gardener’s dreamland. These are private gardens, though always hospitably open to those who seek them out. The scale and nature of planting makes them the best example of current English gardening and perhaps the most important contribution to landscape gardening in twentieth-century Britain.” 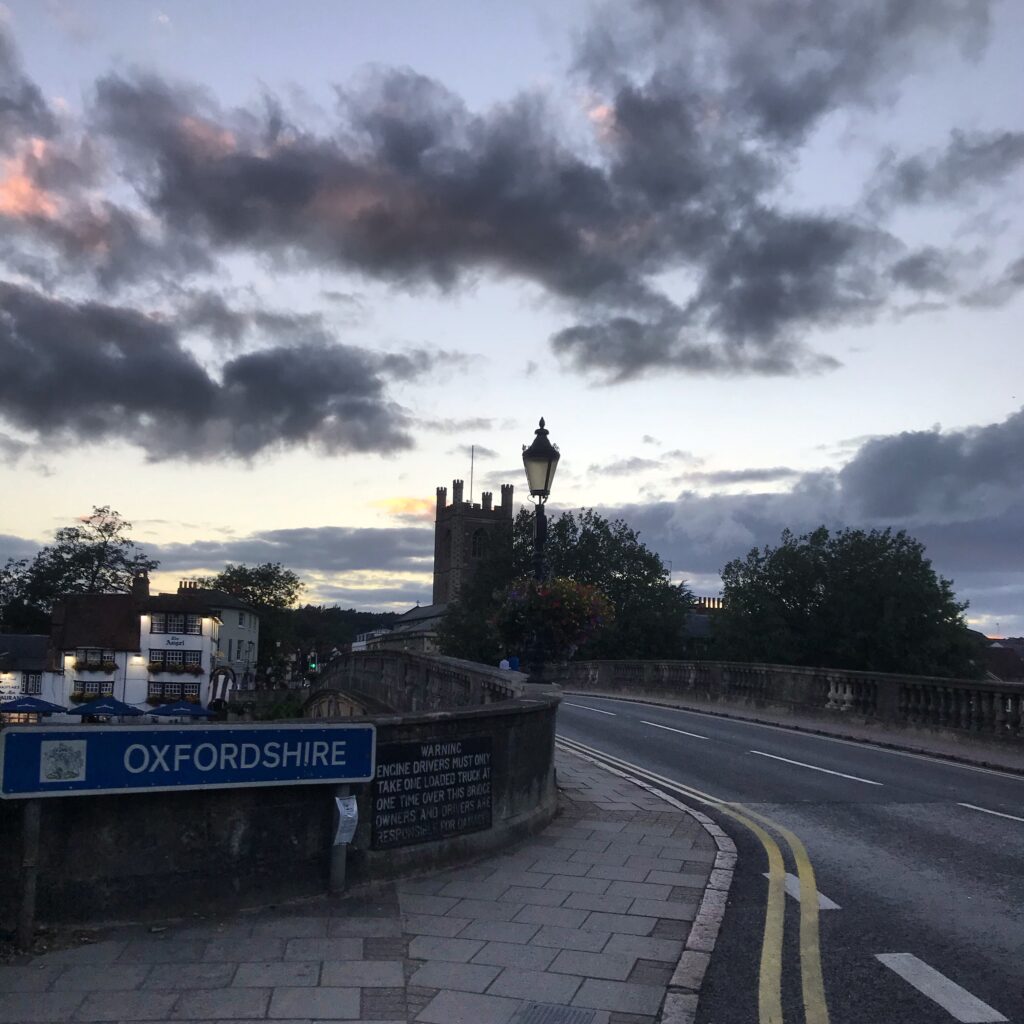 Day Two Is Done of my 100 mile charity walk to Little Badminton in aid oft the Garden Museum. I’m 100 km down after a day spent running around Runnymede and Windsor, having to then get to Henley-on-Thames in a military way to be here for Sunset. I’m so grateful to @juliakirkhamgardendesign for letting me stay at @crockmorehousegarden where I will pitch my tent for the night. Such a shame not to see it in the golden hour, but it’ll make it all the more special waking up in the middle of it tomorrow morning.

Tomorrow I will walk to Faringdon. 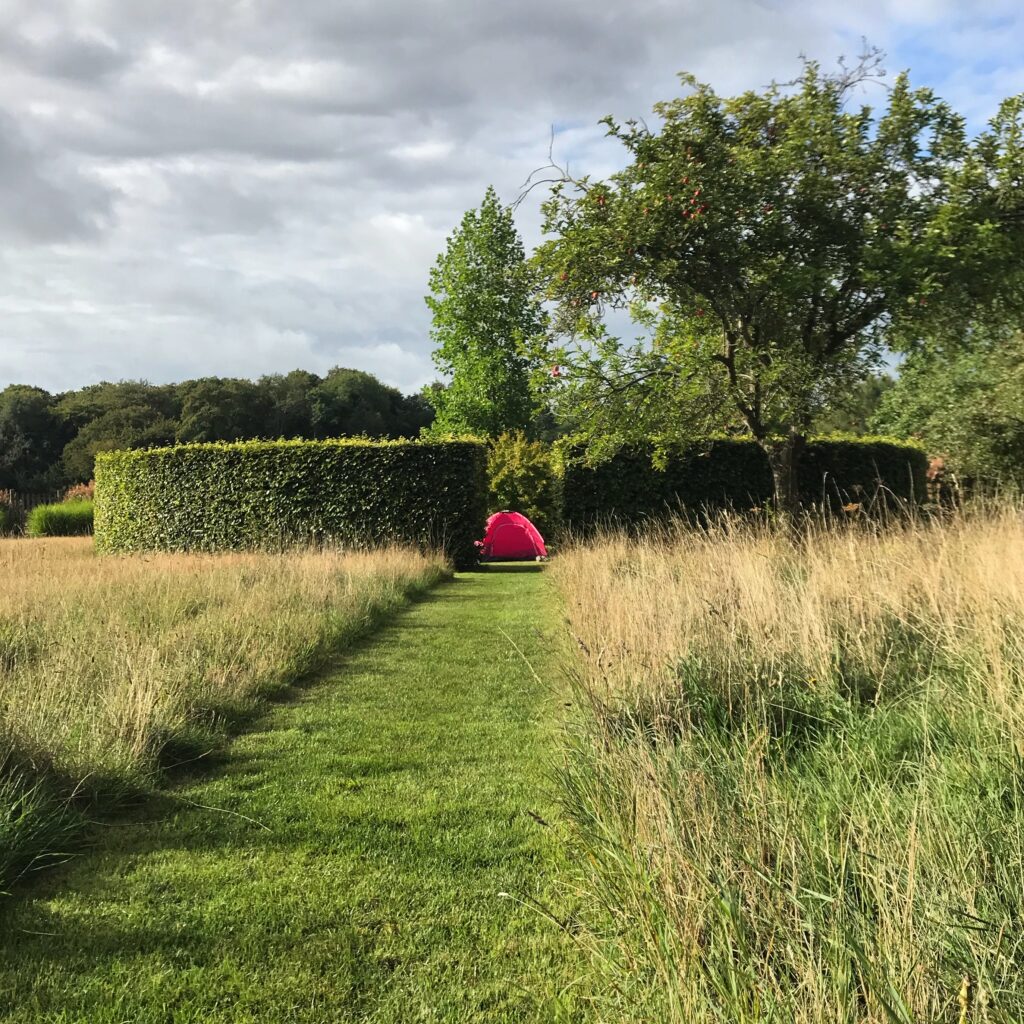 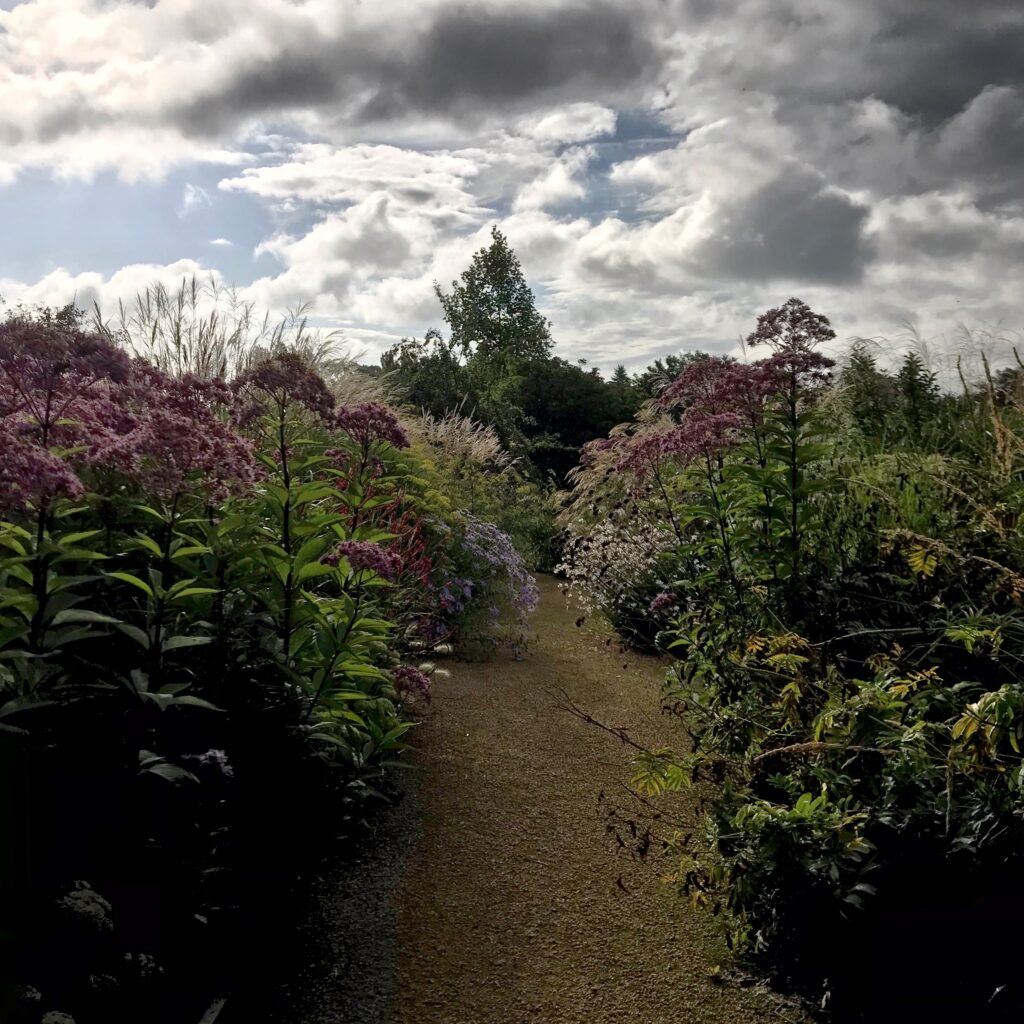 Day Three of my sponsored 100 mile walk to Little Badminton, the resting place of Russell Page, has started in a spectacular garden, at Crockmore House. Last night I pitched my tent in the dark, aided by a large candle Linda gave me, together with cheese and dried tomato sandwiches, walnuts and pears. I couldn’t really see where I was, and when I woke up this morning it took me a while to take it all in. Julia Kirkham’s Garden at Crockmore is a place of wonder, and I’m so grateful for her letting me stay.

Today I walk 11 hours to a wood near Great Faringdon. 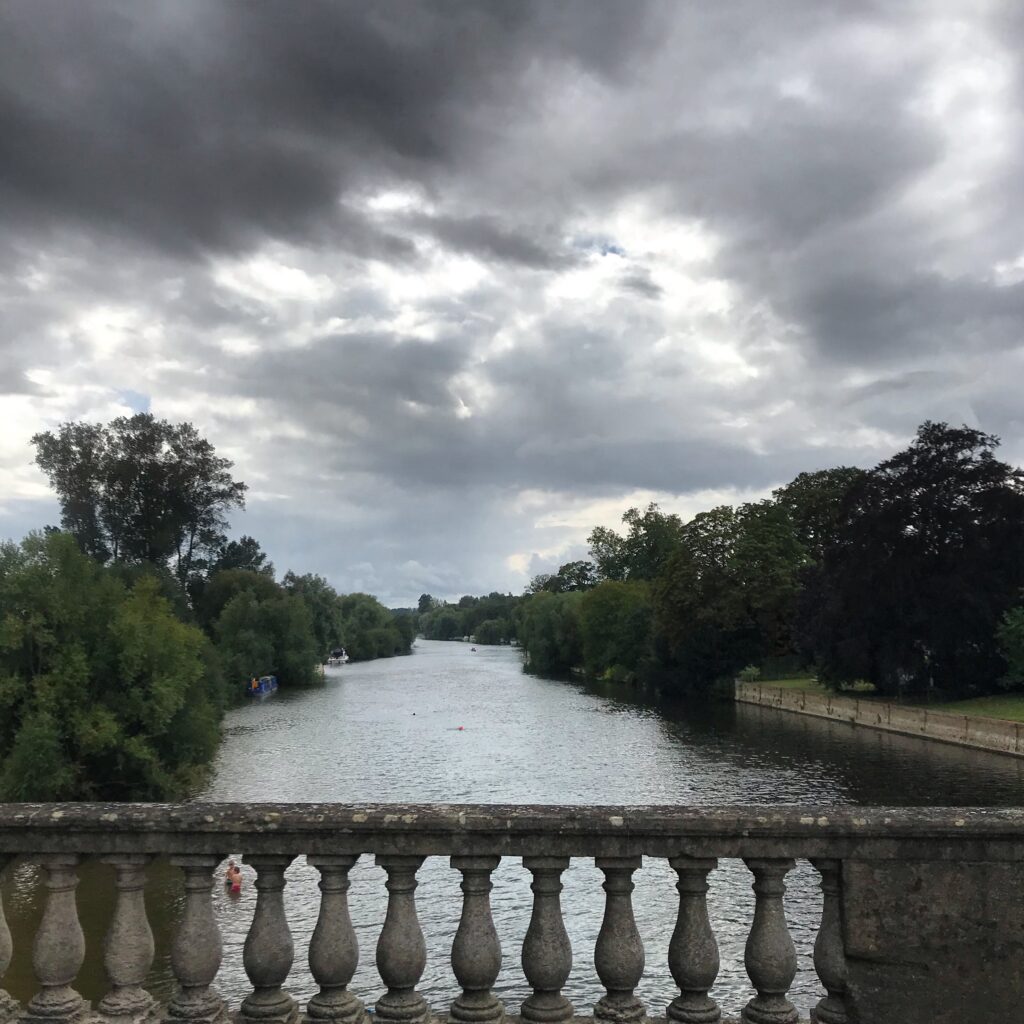 Intense walking today, with no time to stop. I’m using this time to think.

I’m thinking of Monique Prieto and her text paintings, where sentences are drawn from Samuel Pepys’s diaries.

Prieto’s inclusion of text in her art coincided with the World entering unsettling times.
By drawing from a character removed from her in many ways, Prieto draws a connection, both with Pepys and with her contemporaries.

A connection, at a time when feelings of community are overpowered by those of disunity, is a powerful tool.

I connect with Russell Page, and here are a few lines from The Education of a Gardener

“Garden-making, like gardening itself, concerns the relationship of the human being to his natural surroundings. The idiom has changed from place to place and from one period to another, whether we consider the smallest medieval herb garden, a tiny formal pattern set against the curtain wall of a fortified castle, or the enormous perspectives which Le Nôtre cut symmetrically through the gentle slopes and the forests of the Ile de France. Occasionally gardens have been used for a wider and deeper intention. A handful of men working with the Zen sect of Buddhism created gardens in fifteenth-century Japan which were, and still are, far more than merely an æsthetic expression. And what is left of the earlier Mogul gardens in India suggests that their makers were acquainted with what lay behind the flowering of the Sufi movement in High Asia and so sought to add further dimensions to their garden scenes.

I know that I cannot make anything new. To make a garden is to organise all the elements present and add fresh ones, but first of all, I must absorb as best as I can all that I see, the sky and the skyline, the soil, the colour of the grass and the shape and nature of the trees. Each half-mile of countryside has its own nature and every few yards is a reinterpretation. Each stone where it lies says says something of the earth’s underlying structure; and the plants growing there, whether native or exotic, will indicate the vegetable chemistry of that one place.” 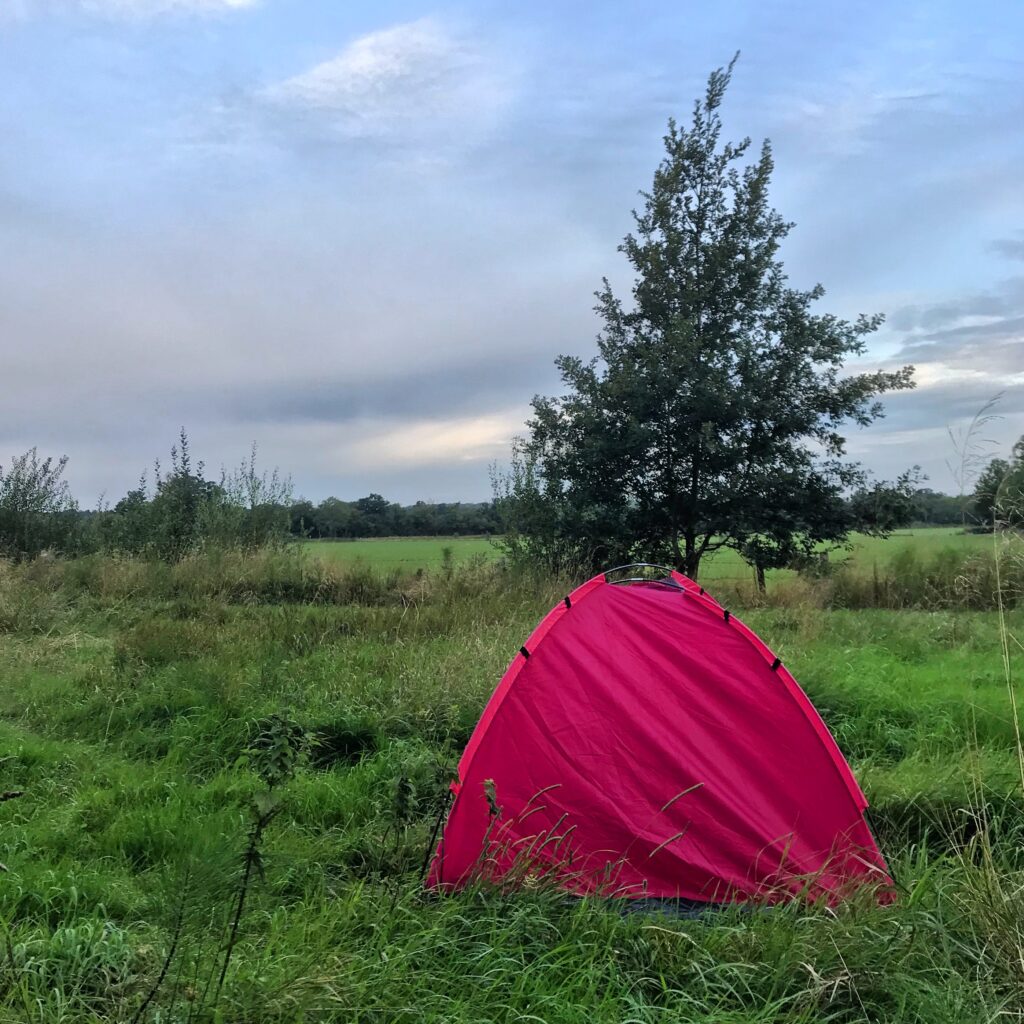 Today I walk the last day of my 100 mile walk supporting the Garden Museum. I will be walking from Great Faringdon, where I was very lucky to have been hosted by @tomzinovieff, to Little Badminton, to the resting site of Russell Page. 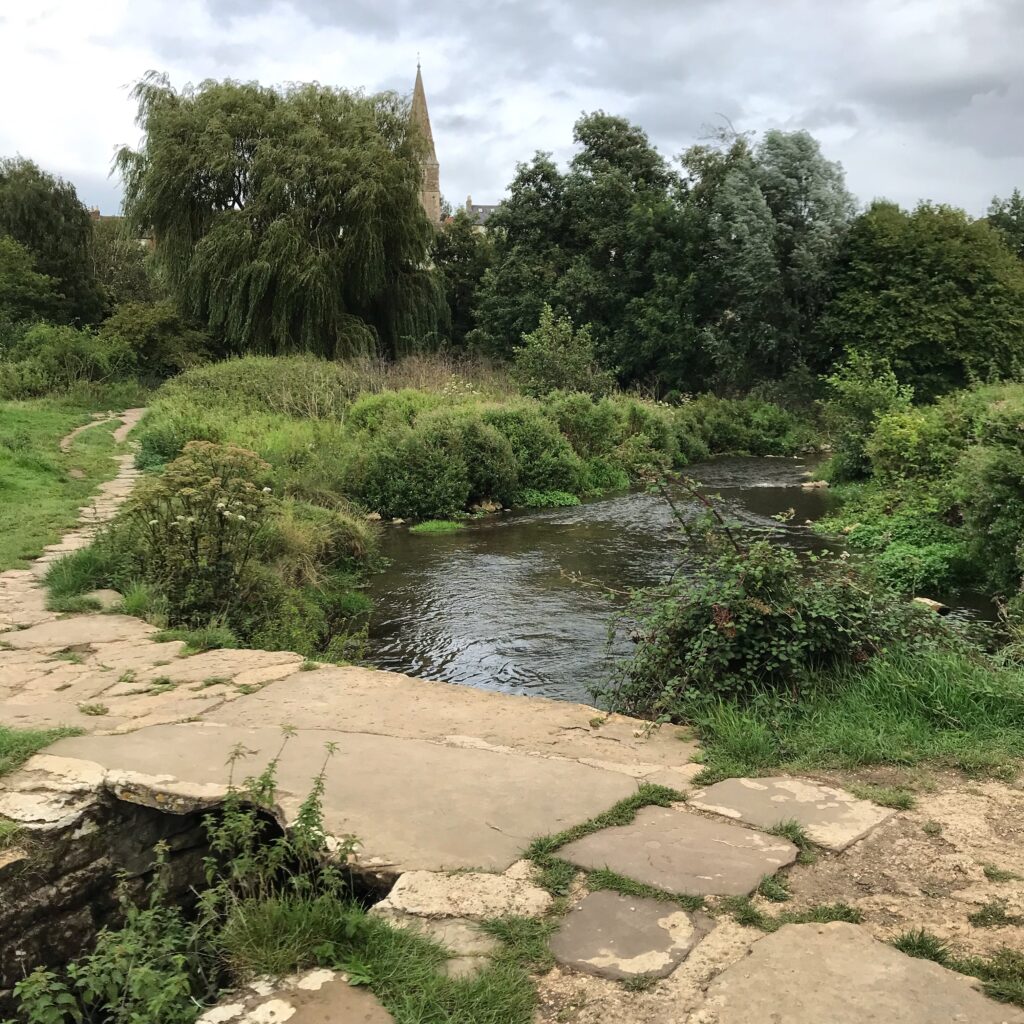 A gush of exhilaration just filled me as I crossed the River Avon.

Russell Page states in The Education of a Gardener that: “If water is a necessity for the cultivation of plants it has other and less described functions. “White” water, breaking waves, waterfalls, cascades and fountain jets are known to produce negative ions, which “clear the air” and make people feel well.”

On my walks in late March and early April, I would visit the waterfall in Regent’s Park and think of this quote, and I think it was there I decided I must visit Russell Page’s stone at Little Badminton one day.

I’m nearly there now, and it’s started to rain again but morale is high. 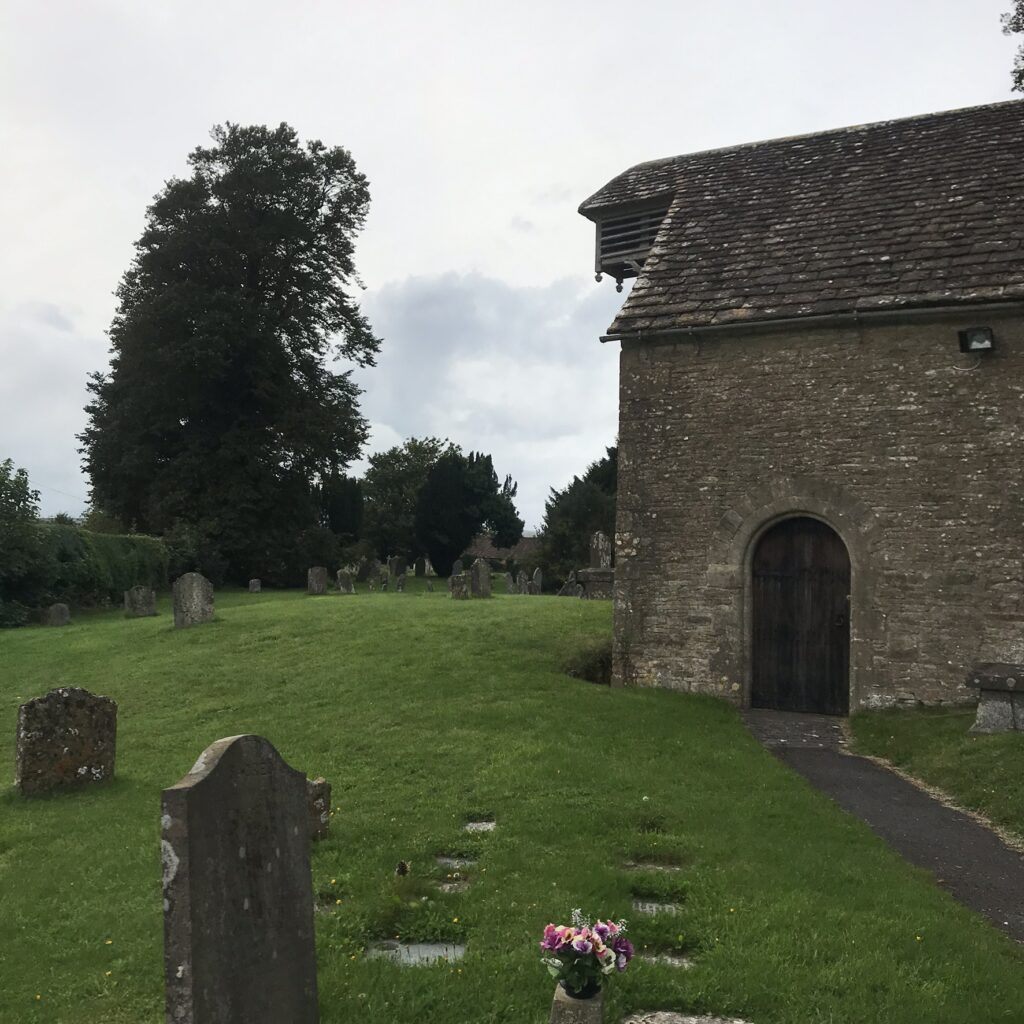 I have reached the Church where Russell Page is.
I have walked 135 miles (218km) from Lambeth to Little Badminton.
I have gone on many long walks, but none as long as this one.

Russell Page never had his own garden, though he designed some of the best the world has ever seen.

The Education Of A Gardener ends with a most moving chapter, titled “My garden”. I cannot select any passages from this, as it reads as a whole. It reads beautifully, and it is so crisp in its descriptions that one can tell Russell Page had indeed made this garden and its house in his mind, and there it existed for him to go to and find harmony.

A number of gardeners, pupils of his, together with the Russell Page Archive Council, guard his legacy across the world.

The Garden Museum explores and celebrates gardens and gardening through its collections, exhibitions, events, and through its garden. I believe it is an important institution and an important centre for the culture of gardening. 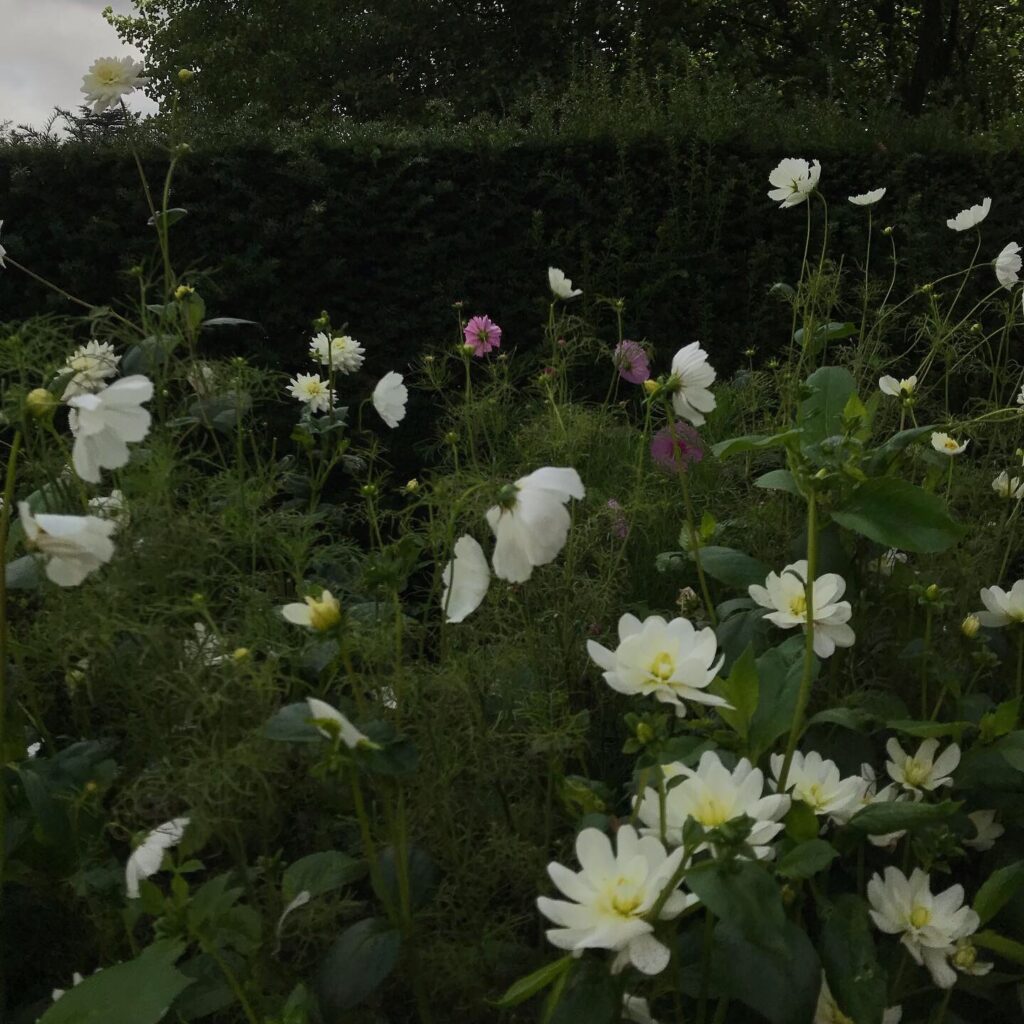 Last night, after I arrived at Little Badminton, I was given hot food, wine and water, and a very comfy bed, after three days of sleeping outside. I had a hot bath and fell asleep immediately. I’m extremely grateful to Rose and her father for hosting me. I woke up early, and went to have breakfast with Russell Page’s nephew, who showed me paintings by Page, newspaper cuttings on him, and his garden. We spoke about the environment at length, and of course of Russell Page. Before I left, Rose showed me the gardens at Badminton, which are an absolute triumph. I’m on my way back home, and I feel so very happy to have done a thing, because I wanted to.