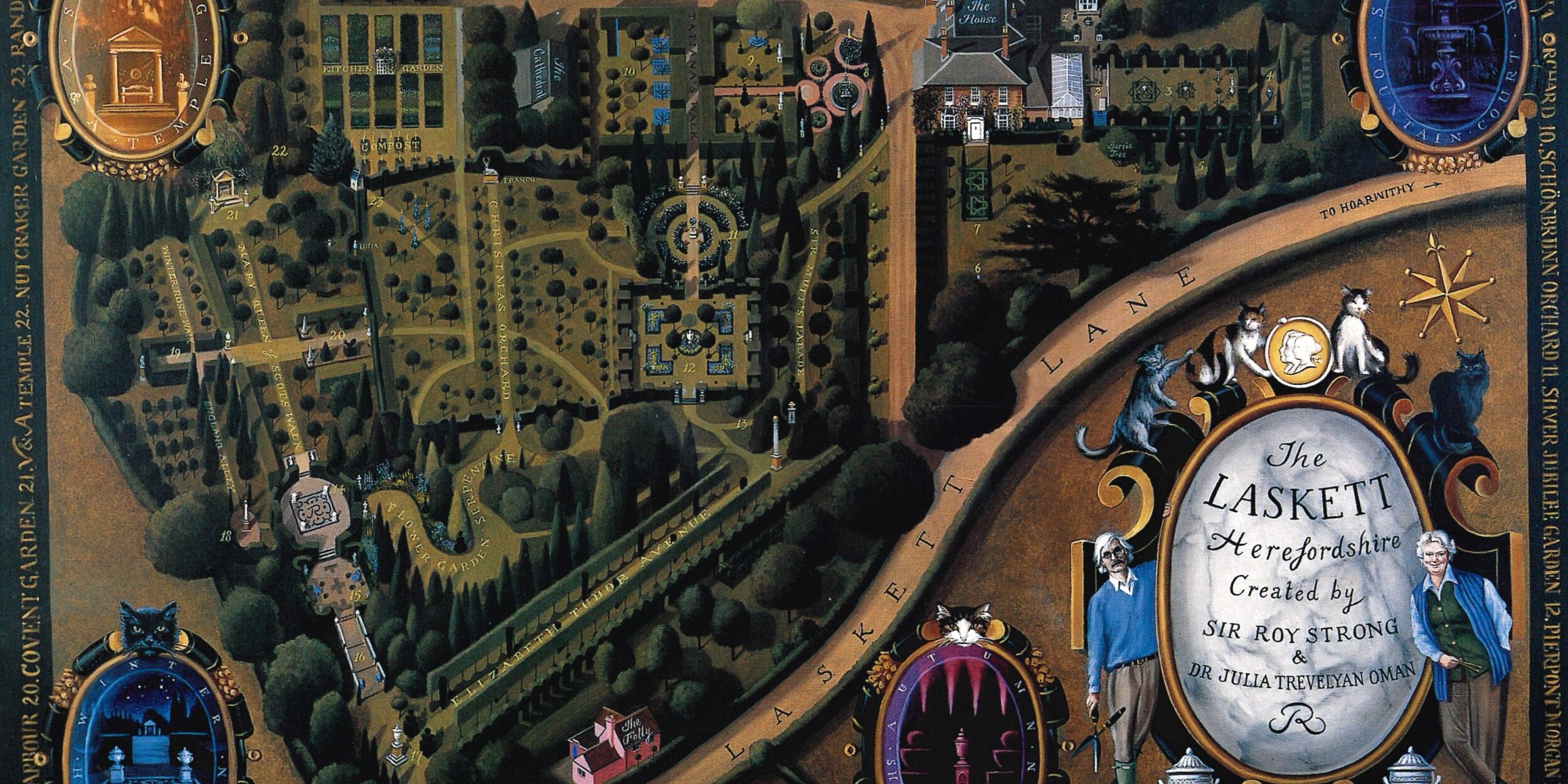 Home » The Laskett: A Last Visit

The Laskett: A Last Visit

To Herefordshire, on storm-confused roads, to interview Sir Roy Strong as he packs up The Laskett, his home since 1972. We are making a film for the Garden Museum’s Archive to capture his memories of 47 years of gardening.

Sir Roy is giving The Laskett to Perennial, the Gardeners’ Benevolent Fund, joining York Gate in Yorkshire and Fuller’s Mill in Suffolk as gardens in their care and open to the public. This is a major, major gift. The Laskett is a garden of exceptional richness, and the house counts twenty-three rooms.

Sir Roy is bristling with generosity, his famous hair a magnificent mane after six months of Lockdown. I was last here a year go, when he donated his collection of rare garden books to our Library, in one of the most significant gifts to the Museum since its foundation. The oldest volume is a first edition of Gerard’s Herball of 1597, the founding text of British horticulture and a unique expression of John Tradescant’s age: John Gerard, its author, was also in the circle of Tradescant’s first patron Robert Cecil. That day, Roy urged me to hurry up and pack the car. He had an appointment with his fitness trainer: in his seventies, he began to ride a racing tricycle through the hills of Herefordshire.

He discovered this landscape beside the Wye when he and his late wife Julia Trevelyan-Oman were tipped off by news of a house for sale. The Laskett, as it was called, stood in a field bare but for a Cedar of Lebanon. Now, swagged windows open to one of the most elaborate and surprising formal gardens to be made in modern England. But the house has been emptied.

I came to be aware of Roy Strong as an art historian, not a gardener: his 49 books – yes, forty-nine – include classic studies of Elizabeth portraiture and, a favourite, ‘The Artist and The Garden’ (2002). And he is a Museum Director of legend.

He became Director of the National Portrait Gallery as a scholar of Elizabethan miniatures and at the age of 32 and, as the saying goes, ‘blew the doors off’ with a series of exhibitions for which the public queued in St Martin’s Lane. Now, in Museums, we have a profession of what we call ‘audience development’; no Museum Director, except Sir Nicholas Serota, has lifted visitor numbers as Strong did by a natural flair. (And it’s impossible to imagine a Museum Curator ever being as prominent as Strong was in the 70s: outside the loo hangs a gallery of cartoons including one in which two old buffers opine ‘is there a case for Roy Strong being closed to the public?’)

In 1974 he became Director of the V&A. One achievement was to put on exhibitions which reverberated outside the institution: exhibitions on the future of country houses, churches and gardens helped change Britain’s conservation landscape for ever, including the first protection for historic gardens in planning law. Making The Laskett Garden was, he recalls, an escape from the V&A with its linoleum rain-bucketed corridors and bickering staff. ‘I couldn’t do what I wanted’ he exclaims ‘Civil servants pinching pennies. The old guard of Museum Curators who had no interest in the public and hated – hated – anyone interfering’. Recently, he discovered – and he says this with relish – that the Senior Keepers of the V&A met for lunch once a month at a trattoria on the Cromwell Road to discuss ‘how can we stop Roy Strong changing things?’ 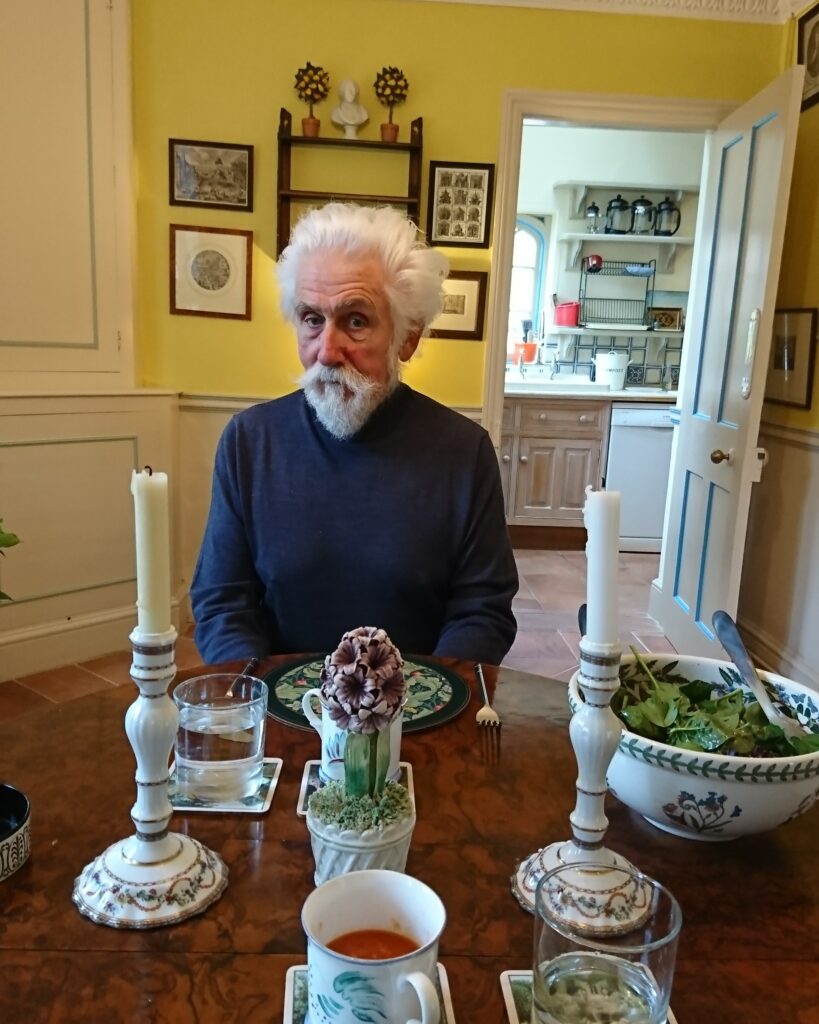 The Laskett was also a contrast to a black-and-white Britain of the 3-day week. To lay out a formal avenue of lime trees was an expression of optimism. All this is told in ‘The Laskett’, which, I think, is unrivalled as a story of making a garden. He traces the inspiration of his beloved Renaissance (like the late Marchioness of Salisbury, and Derek Jarman, his heart is in the court of Elizabeth I) and what he, a horticultural novice, learned from a friendship with Rosemary Verey.

The Laskett Garden is also an autobiography in four dimensions. The garden plan makes it explicit: the Pierpoint Morgan Garden was funded by the lectures he gave at the Library in New York, and a temple commemorates his retirement from the V&A at the age of 52. He was the first garden owner to install recordings of his voice in the garden: press a button, and Roy’s voice tells you what you are looking at. It’s a characteristic leap of innovation.

It is in the book that he confides that when his father brought, as a gift, a tree which betrayed his horticultural suburbanism he planted it away from view. It’s still there, actually’ he replies. ‘Actually, I find that rather moving’. 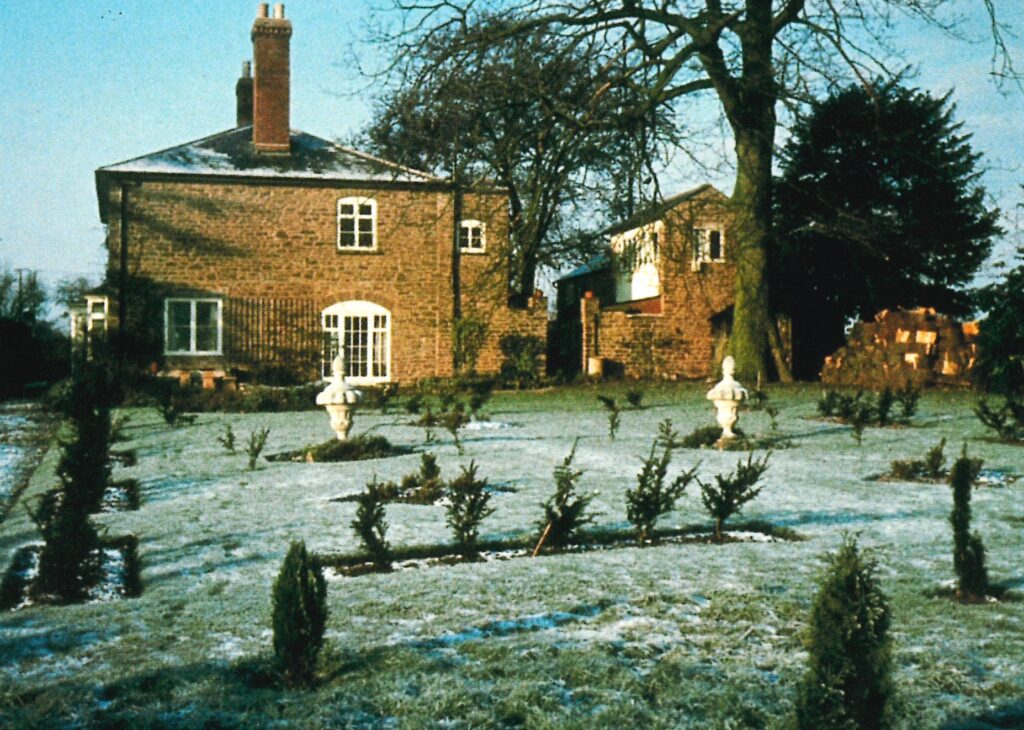 I visit once a year, but it was not until this last visit and the dismantlement that I realise that the Laskett is not just Roy, not just Roy and Julia, but a web of cultural connections. On his side, friendships including Cecil Beaton and John Piper; on her side, the world of Ashton and Macmillan. A web which has been pulled apart.

Strong first offered The Laskett to The National Trust but after years of negotiations it was decided that it was not ‘representative’ of modern British history. But is any one private house representative of a nation? Of course not. And it is talking about the National Trust which animates Roy. ‘Helen Ghosh!’ he roars with a Gandalfian power of dismissal. Everything is in the vowels. He is yet to find out who voted against The Laskett. But he will, he smiles.

Such bursts always become smiles. For Roy is the hero of the story, and every hero encounters goblins and pursers in his path. Ghosh, after all, is forgotten but for putting beanbags into the 18th-century saloons at Ickworth. His rivals at the V&A have vanished into obscurity. And Roy Strong continues to be one of the most engaging conversationalists in Britain.

I say ‘hero of the story’ as a good thing. Roy is as likely to see a psychoanalyst as he is to buy a begonia but he understands that we have a choice of how to tell the events of our life. We can, to an extent, choose to have a happy ending. During Lockdown there was much discussion on the radio about the value of self-narrative at a time when we are suddenly bereft of the group narratives which work, or sport, give to us. Who are we, suddenly idle at home? ‘Forward!’ he says ‘Don’t peck over the past!’

My jobs have always taken me to old peoples’ houses. Sometimes, I leave a lunch feeling sad. That old architect’s house with dust on the scale models of his Modernist prime, and bookmarks left in half-finished books as if his life had stopped in 1978. But when I leave The Laskett I am always happy. Strong’s lust for change brightens the landscape.

He has declined Perrenial’s kind invitation to join the Committee overseeing the future development of the garden. ‘Gardens change’ he repeats. The Laskett has always been in a process of re-invention. Most recently, he built a neo-classical Belvedere at the top of the site. It was, in fact, a well-intentioned National Trust staffer who was the catalyst for the move. ‘You’ve done everything you can here’, he remarked. ‘What else is there to do?’ (I wonder, too, if climbing the Belvedere and seeing 47 years spread out below was also a cue to move on?).

‘The next day I went into Ledbury to look at a house’ he continues. ‘I put in an offer the next day. The following week it was mine’. It is a smaller house than The Laskett but there is a fine 1840s room to re-fashion. ‘Will you make a garden?’

Then he relents. ‘A small garden. But I am buying yew hedges five feet high. I’m too old to wait’.

He is also a physical astonishment. During Lockdown, he weight-trained on Zoom with men who were thirty-five years younger. And – as he shared in a recent interview in The Daily Mail – he nearly died after a fall last year. A neighbour who waited in Hereford Hospital, Strong unconscious from a blow to the skull, tells me ‘A porter who saw me holding his hand said ‘I wouldn’t bother. He’s not going to make it’. That night, the surgeons saved his life. That, his friend thinks, and his lust for life, Janey adds. ‘Three days later he said to me “I want to go home. The food in hospital is awful”’.

Roy Strong is, finally, and happily, closed to the public. And it is a privilege to capture his last reflections on The Laskett in a short film we will soon share through our website.