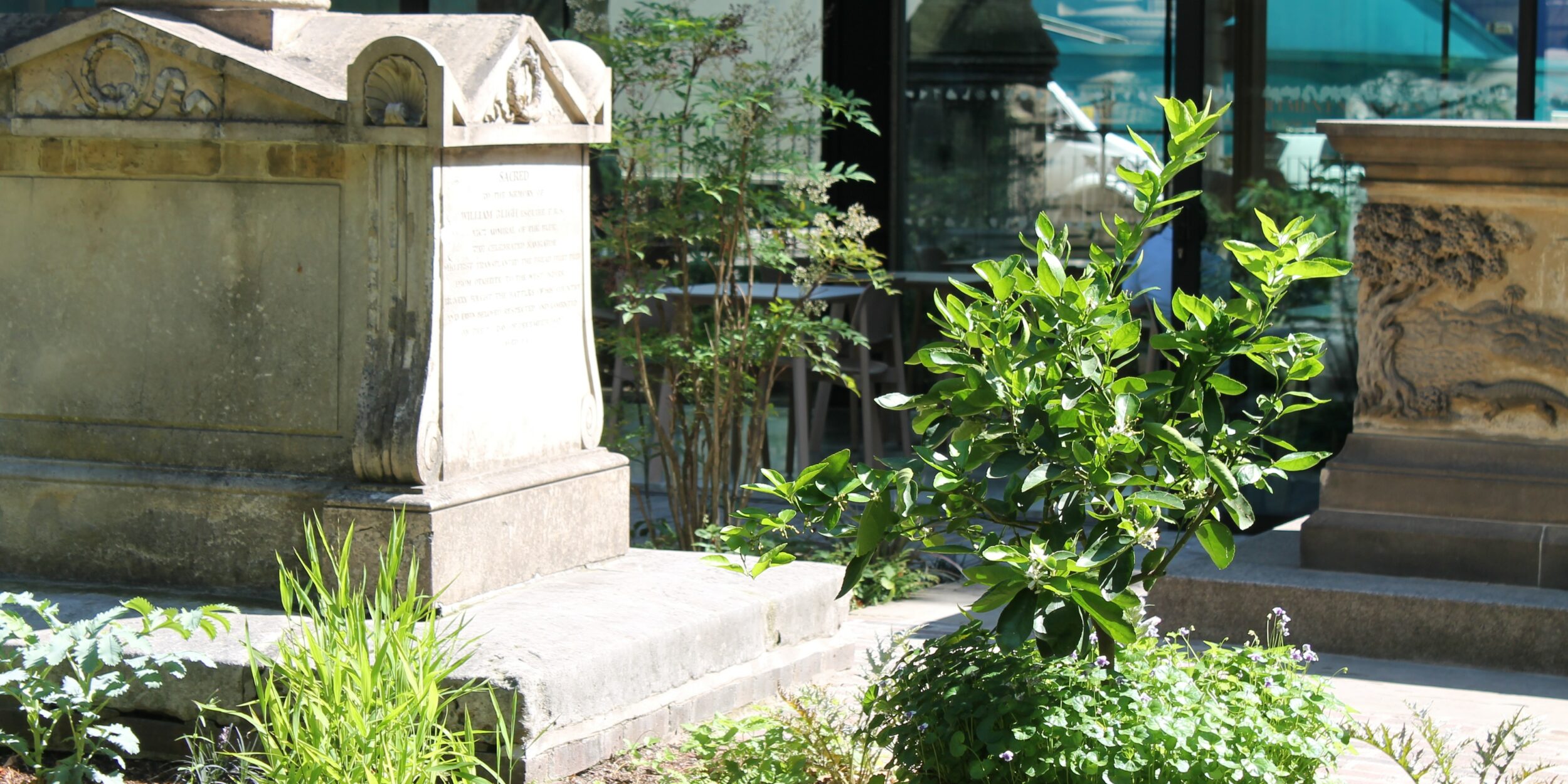 During construction we realised that the Museum needed a clearer, and more welcoming entrance from the roundabout, bridge, and river. The previous ‘front garden’ was a churchyard which was too much in shadow of the plane trees for flowers to grow, and was used as a cut-through for commuters and dog-walkers.

We commissioned Christopher Bradley-Hole, an architect who retrained as a garden designer, to consider how to make a new shape of garden. He proposed a new forecourt formed by yew hedges, which invite visitors to enter and wait for friends or look back at the towers of Lambeth Palace, Westminster Abbey, and the Houses of Parliament. (Over the hedge the old gravestones have been preserved, and over the churchyard wall you will see in ‘St Mary’s Gardens’ a garden maintained by our volunteers on public land).

The gravel is a temporary surface until we can raise the funds for limestone paving; we also need to raise funds for new furniture, and the settings for works of art and further planting.  You can help complete the garden by donating to the Garden Museum.

The new extension has been designed around a new garden by Dan Pearson, a garden designer whose studio is in Lambeth but who has projects in progress in many parts of the world. Dan, a teenage horticultural prodigy, trained at Wisley, Kew and the University of Edinburgh, but since his twenties has developed a specialism in working beside architects and other creative professionals.

The garden he has designed has a centrepiece around the tomb of the Tradescant family, but extends through the pergola (planted with climbers, each different) to the east wall, and through the café to the road. It is inspired by Tradescant’s journeys as a plant collector, but in order to give the surprise at new plants which visitors to Tradescant’s Ark experienced in their time, Dan has chosen introductions by living plant collectors such as Sue and Bleddyn Wynn—Jones of Crug Farm in North Wales, taking advantage of the sheltered, warm space. He has combined these in a design which is a response to the bronze and glass architecture but is also a conjuring up of a calm, reflective atmosphere. This is intended to be a garden to take your time in.

See the plant scheme for the garden