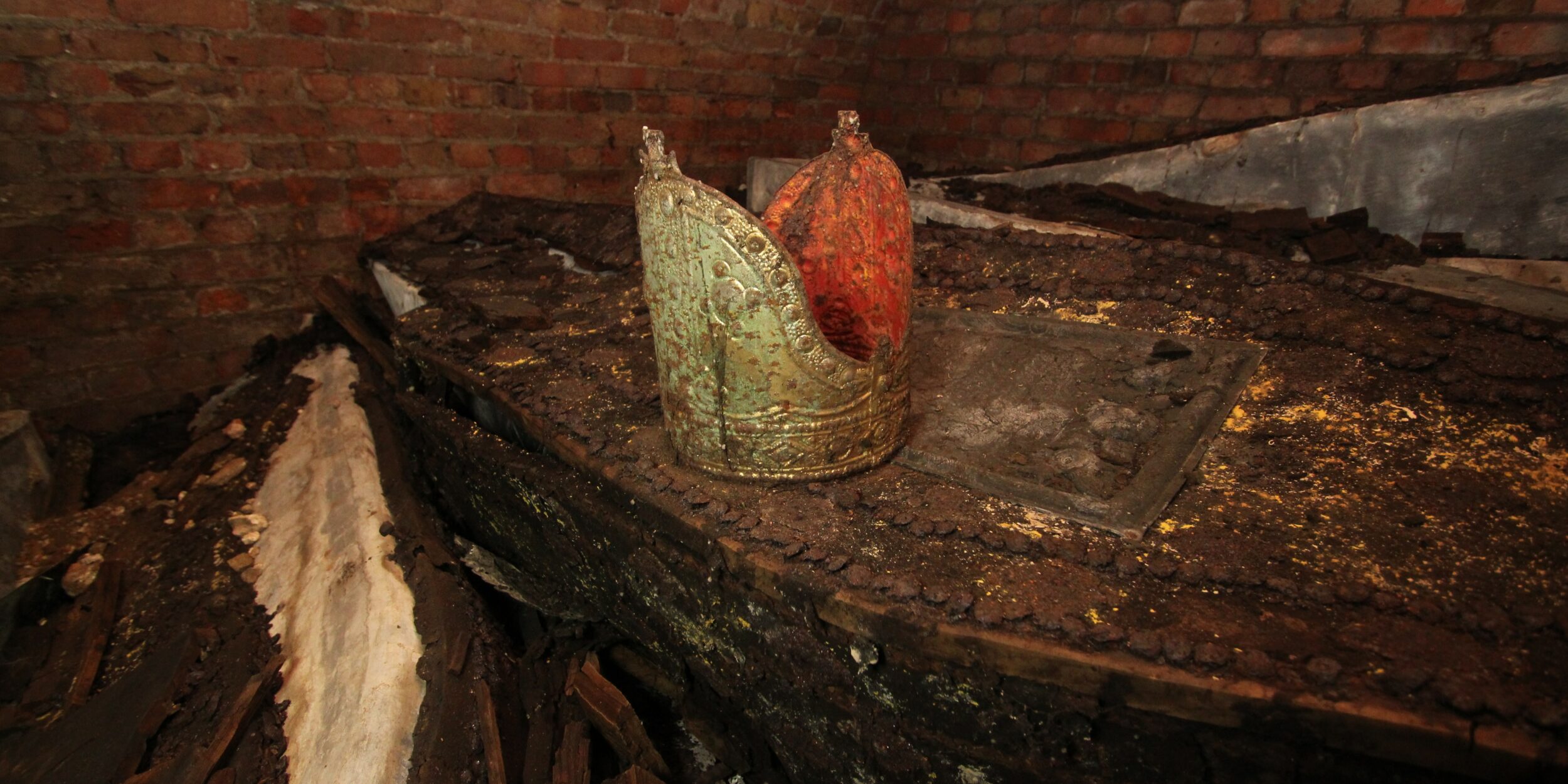 On Easter Sunday 2017 the Sunday Telegraph reported on the discovery of a vault deep underneath the chancel of St Mary’s, Lambeth, in which 30 lead coffins have been buried, including between two and five Archbishops of Canterbury.

During the construction of the gallery dedicated to Tradescant’s Ark our contractors lifted a loose stone in the floor of the chancel to reveal a flight of steps to a crypt. In the darkness it was possible to see lead coffins. On top of one coffin, an Archbishop’s Mitre glittered.

This is a vault for high status burials over the centuries, including up to five Archbishops of Canterbury, including Archbishop Bancroft, who died in 1610, having overseen for the newly-crowned King James I the translation of the Holy Bible which we call ‘The King James Bible’.

Why was it such a surprise?

In their reconstruction of 1851 the Victorians emptied the churches of burials; there is no trace, for example, of Elias Ashmole (only a ledger, underneath which is earth) or of Anne Boleyn’s family. Six Archbishops chose to be buried at St Mary’s, but it was always assumed that their coffins had also vanished in that rebuilding.

Camera footage shows there may be up to thirty coffins and later this year hope to begin an archaeological investigation: the floor has been strengthened, and it should be safe for archaeologists to descend the flight of step into the darkness. An extra grant from the Heritage Lottery Fund will enable us to mount a short display of what we find… Watch this space.