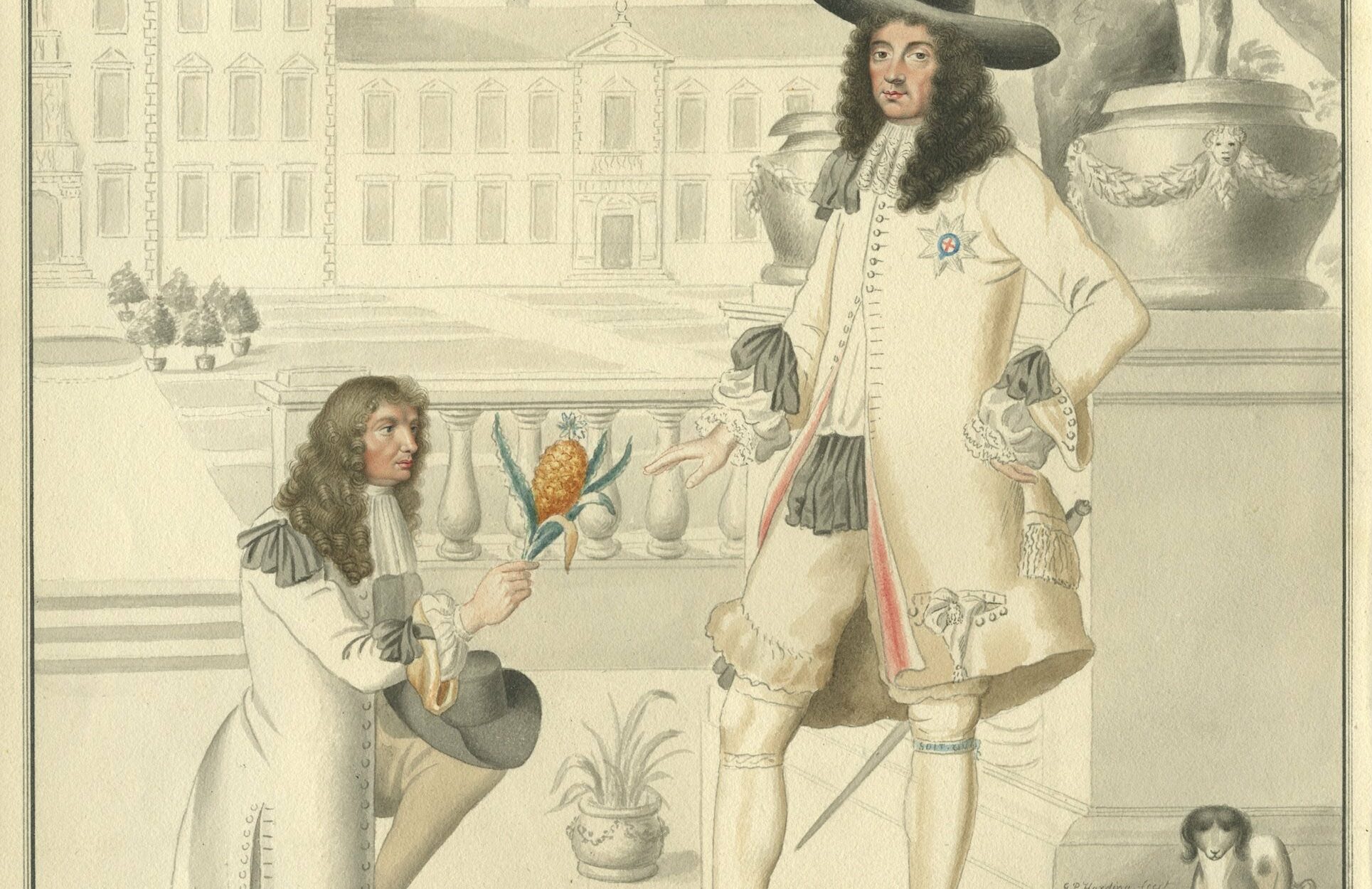 Pineapples in the Garden Museum’s Collection

Our Head of Learning Janine Nelson, had a look through our Collection for some themed content to share. 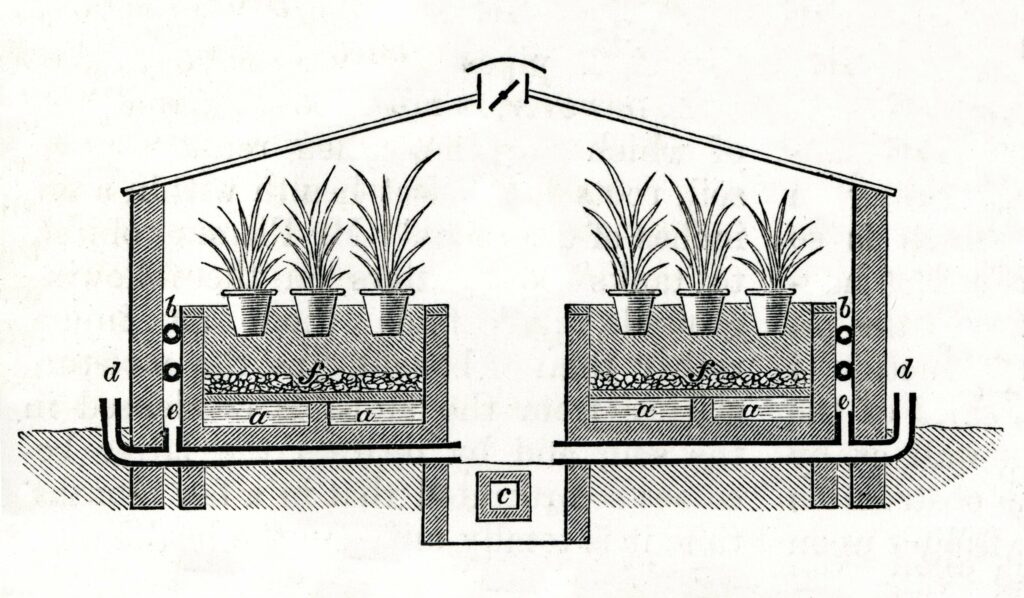 A ‘Pinery’ for raising pineapples from the ‘Book of the Garden’ by Charles McIntosh published in 1853. A pinery is a type of hot house used to grow pineapples in colder climates in the 18th and 19th centuries. During this time the pineapple was not only a representation of an owner’s wealth but also represented the skill of the gardener. 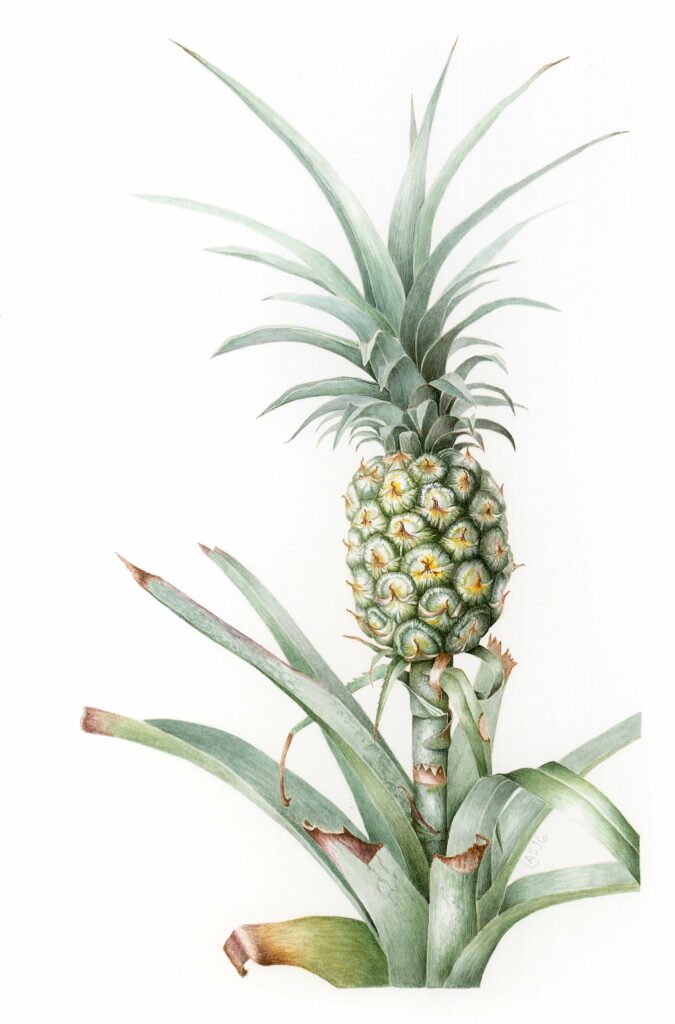 This pineapple plant painted by Lesley Ann Sandbach came from the Queen Mary II Exoticks Collection at Hampton Court Palace. This is a National Heritage Plant Collection of specimens that were imported to England during the 17th century. Queen Mary II who reigned from 1689-1694 had one of the largest private collections of plants in the world. She had plants imported from the Mediterranean, Virginia, the Caribbean and Mauritius for display at Hampton Court Palace. Her collection comprised of 2000 different species and was so vast that she employed her own botanist, Dr Leonard Plukenet, to look after them. 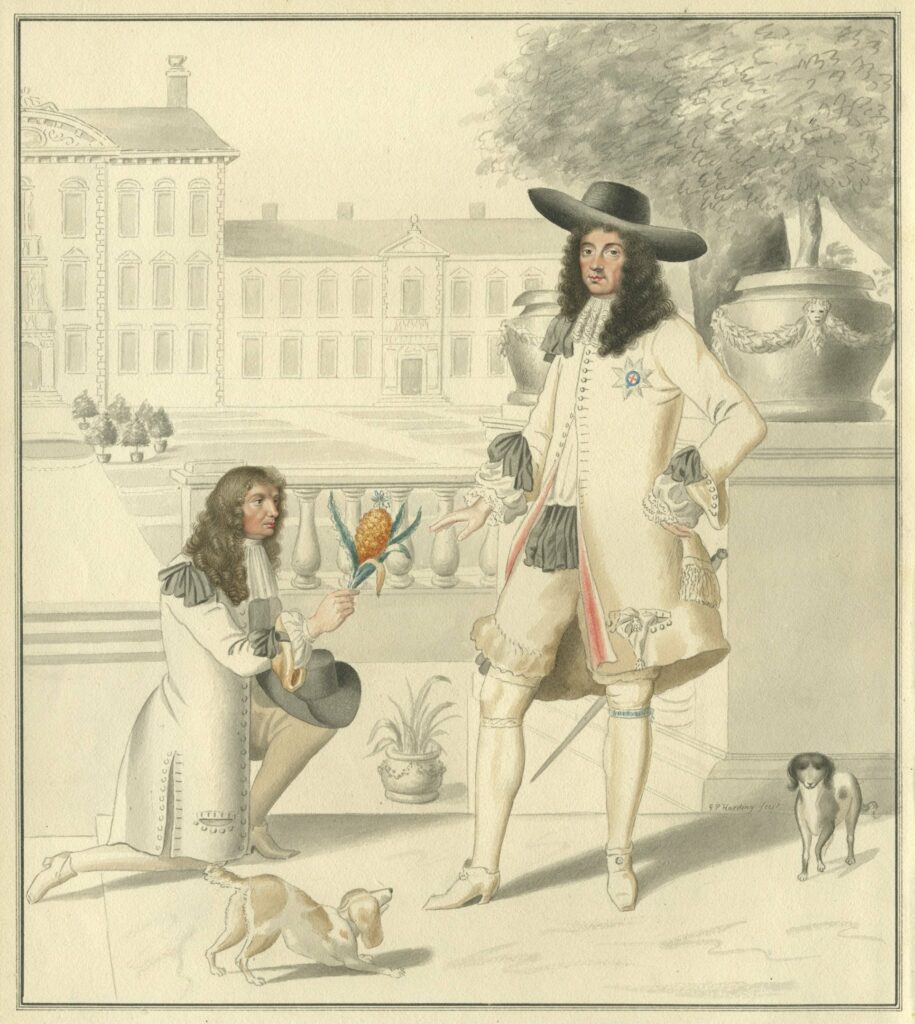 This is a copy from an original painting that had been painted in 1677. It shows King Charles II being presented with a pineapple by the Royal Gardener, John Rose. Colour has been used to show the pineapple and highlight the colour of the King’s clothing