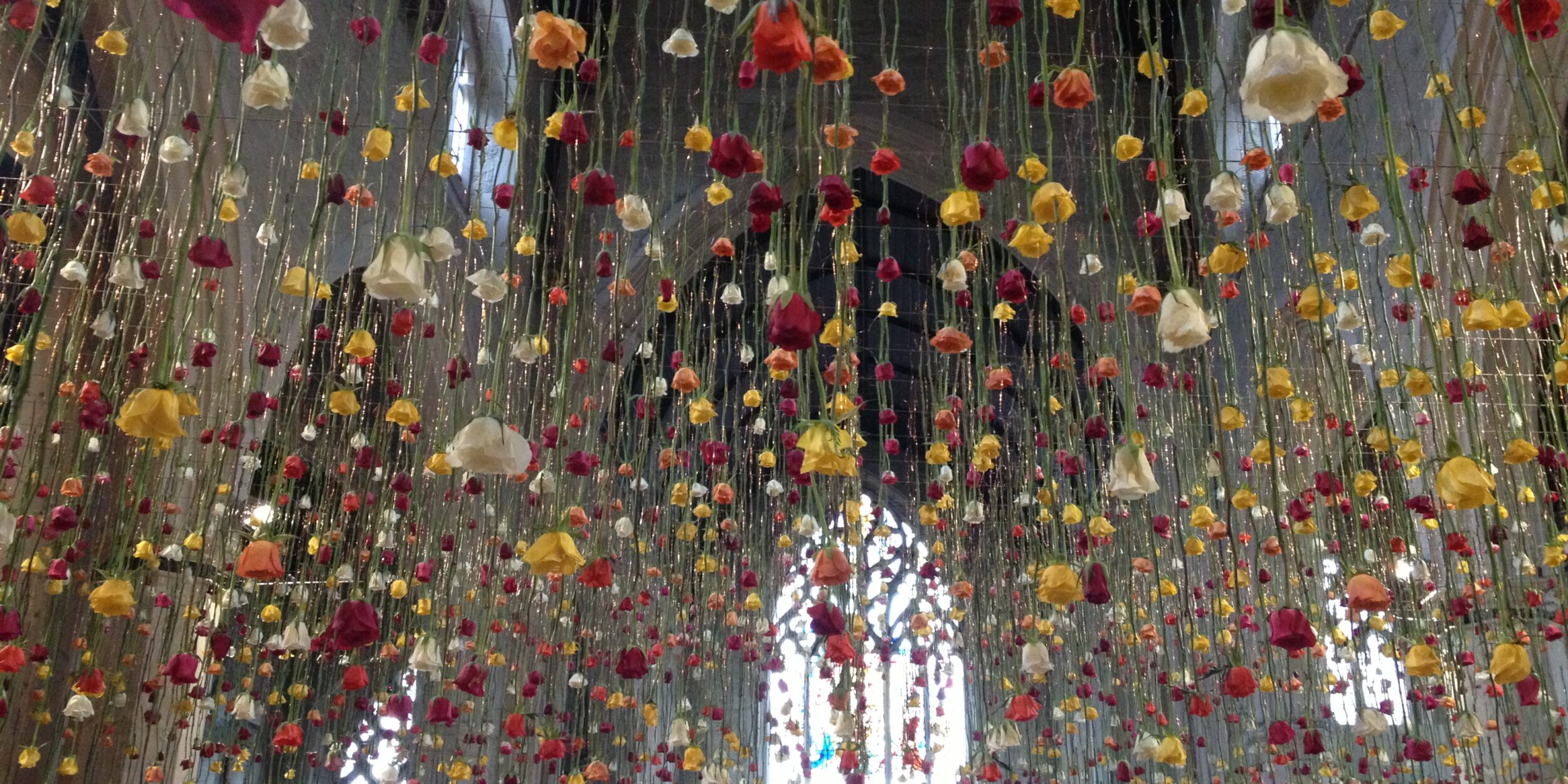 Roses in the Garden Museum’s Collection

We had a look through our collection, to see what we could find to share about roses, the flower that is usually associated with St. Valentines Day.

Roses usually flower in summer so why do we think of roses around St Valentine’s Day, which falls on February 14th?


The association goes back a long time. The red rose represents love. The Romans used the symbol of the rose for love and beauty of their goddess Venus.

The goddess of love in Greek mythology was Aphrodite. According to the legend, her tears and her lover, Adonis’, blood watered the ground from where the red Roses grew. It was then a symbol of love until death.

During the Victorian times in the 19th century, floral bouquets were used to deliver a message. This practice was called ‘Floriography’ and possibly started in the 17th century. Shakespeare used the language of flowers in his plays.

The images were collected as a popular pastime particularly with children and pasted into scrapbooks or used to decorate furniture.

All flowers hold different meanings, often based on the type of flower, the colour of the flower, or both.

The growing of garden roses dates back to 5,000 years ago, in eastern Asia. During Roman times, they were grown in the Middle East and used as perfume, party decor and medicine. Most of the roses we see today can be traced back to the late 1700s, when the plant began to be introduced to Europe.

In 2013 the artist Rebecca Louise Law created an installation at the museum of roses hanging from wire that people could walk or sit underneath and look up at.

Gertrude Jekyll was one of Britain’s most influential garden designers. She created over 400 gardens in Britain, Europe and the United States.

In 1885, Jekyll started photographing gardens, cottages and footpaths close to her home in Surrey. During her life she took over 2000 photographs, using them to explore and record landscapes, gardens and flowers.

In 1915 within weeks of moving into her new home and garden, Vita Sackville-West wrote in her diary, ‘I thank God I have known absolute happiness’. Her happiness consisted of her husband Harold Nicolson, their first child Benedict and, for the first time in Vita’s life, her own garden.

We had a garden on a hill
We planted rose and daffodil
Flowers that English poet sing
And hoped to glory in the spring.

We planted yellow hollyhocks
And humble sweetly smelling stocks
And columbines for carnival
And dreamt of summer’s festival.

And autumn not to be outdone
As heiress of the summer sun
Should doubly unearth her tawny head
With poppies and with creepers red.

We waited then for them to grow
We planted wall flowers in a row
And lavenders and borage blue
But love was all that ever grew.

Inspired by this poetry? Take part in our Vita Sackville-West Poem Activity

Vita met Gertrude in 1915 when Vita was 23 years old and Gertrude was 72. After her visit to Jekyll, whom she described as ‘rather fat, and rather grumbly’, Vita decided to have yellow and white flowers for part of her garden and she planted a lot of climbing roses.

This next photo shows an aerial view of Sissinghurst Castle showing the laying-out of the garden by Vita Sackville-West and her husband Harold Nicolson underway. The paths of the White Garden are visible on the right and the yew hedges freshly laid.