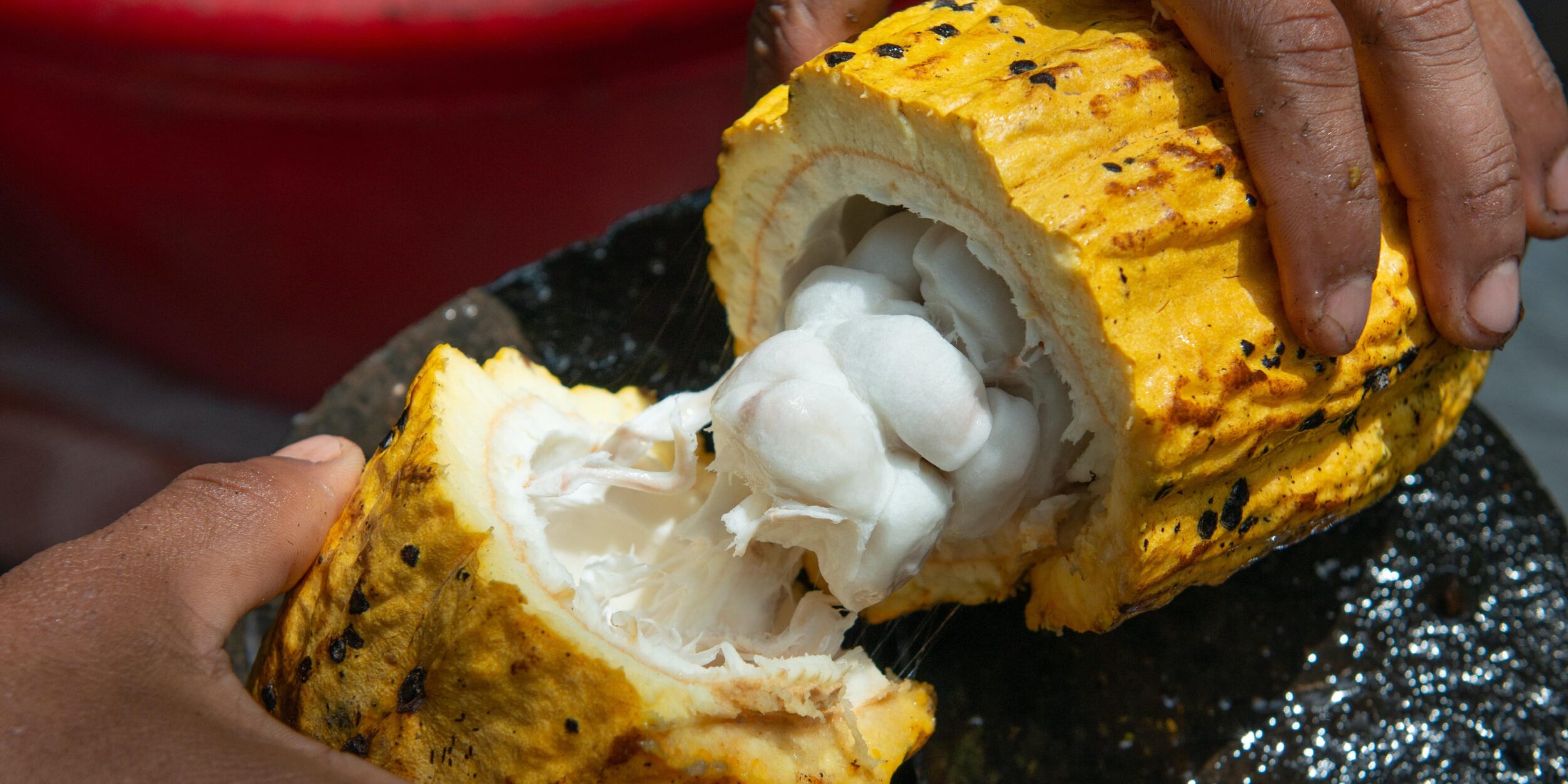 Did anyone ever say to you “Don’t eat so much chocolate it doesn’t grow on trees!”

Well you can answer “Yes it does!” 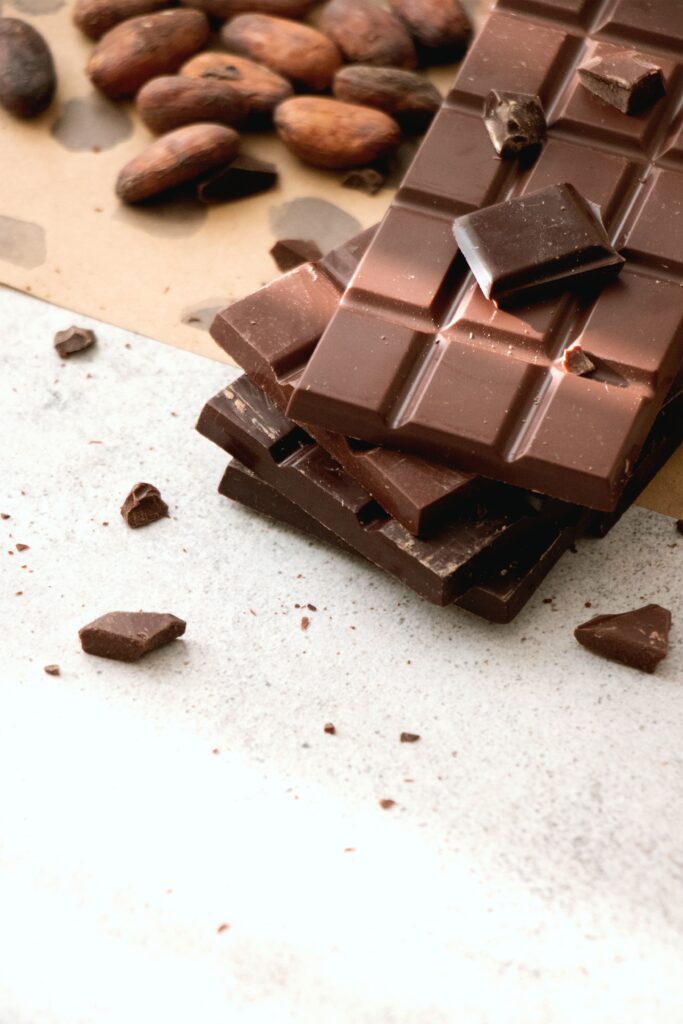 Origin of the cultivated cocoa plant

• The cultivated cocoa plant has the botanical name Theobroma cacoa L.., and belongs to the Sterculiaceae family. The plant originated at the foothills of the Andes in the upper reaches of the Amazon River. The Genus Theobroma contains 22 species but only species grown commercially for the production of seeds for chocolate making or for extraction of cocoa butter is Theobroma cacoa L. 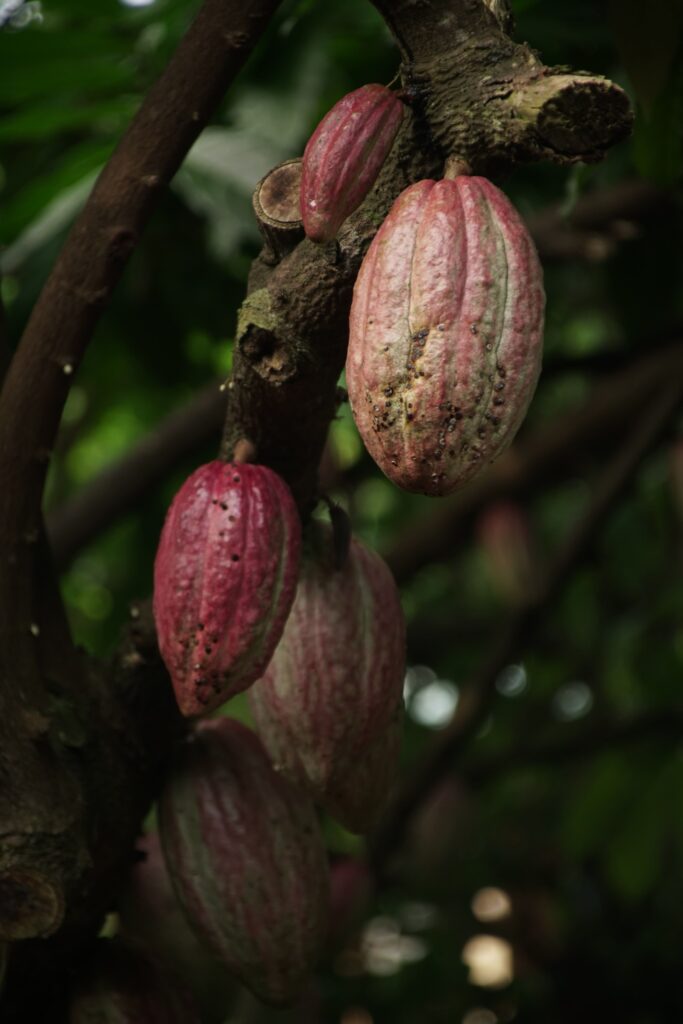 • The first evidence of cultivation dates back nearly 2,000 years. The Maya Indians were the first to cultivate the tree and used the beans as a food product but also as currency!
• The Aztec Indians had an empire which included the cocoa growing regions and they levied high taxes in the form of seeds which they called CACAHOATL, hence the word cocoa! They attributed divine origin to the cocoa tree and believed it had been brought to earth by the god Quetzacoatl, known as the plumed serpent.
• Cocoa seeds were used as a luxury commodity or as a beverage which they called XOCOLATL from which the word chocolate was derived.
• Carl Linnaeus was aware of this legend and gave the plant the name Theobroma cacao, from the Greek theos= gods and broma=food; ‘food of the gods’.
• The xocolatl of the Aztecs was prepared using roasted seeds which were ground, mixed with water and beaten vigorously. Maize flour, pimento and annatto were added to this mixture which was considered to be a very fortifying and an aphrodisiac.
• The Spaniards during the conquest of Mexico came across this concoction they replaced the pimento and annatto with cane sugar and vanilla the xocolatl became a very palatable and popular drink. The first cocoa exports to Europe started from Veracruz to Cadiz in 1585 and the drink and bean spread like wildfire across Europe and beyond; with plantations established in African continent over a century ago.

• An adult cocoa tree can grow up to 12 to 15 metres high in the wild and when grown from seed is fully developed at the age of ten years. It is productive before this with flowers and fruit being formed from the third or fourth year.
• The flowers of the cocoa tree appear on the tree once the stem has become strengthened. The flowers are grouped in inflorescences and as soon as they open the anthers release pollen which is immediately functional but only viable for 48 hours. The flower bud begins to open in the afternoon and flowering is complete by the early hours of the following morning.
• Pollination is achieved by insects; midges, ants, thrips and leaf-hoppers.
• Almost 60% of flowers produced by the cocoa plant are not pollinated and drop after 48 hours. Consequently from the thousands of flowers produced each year only a small percentage reach the first stage of fruit formation.
• Fertilization of the ovules in the ovary is successful when the ovary appear swollen, which is usually three days after pollination. 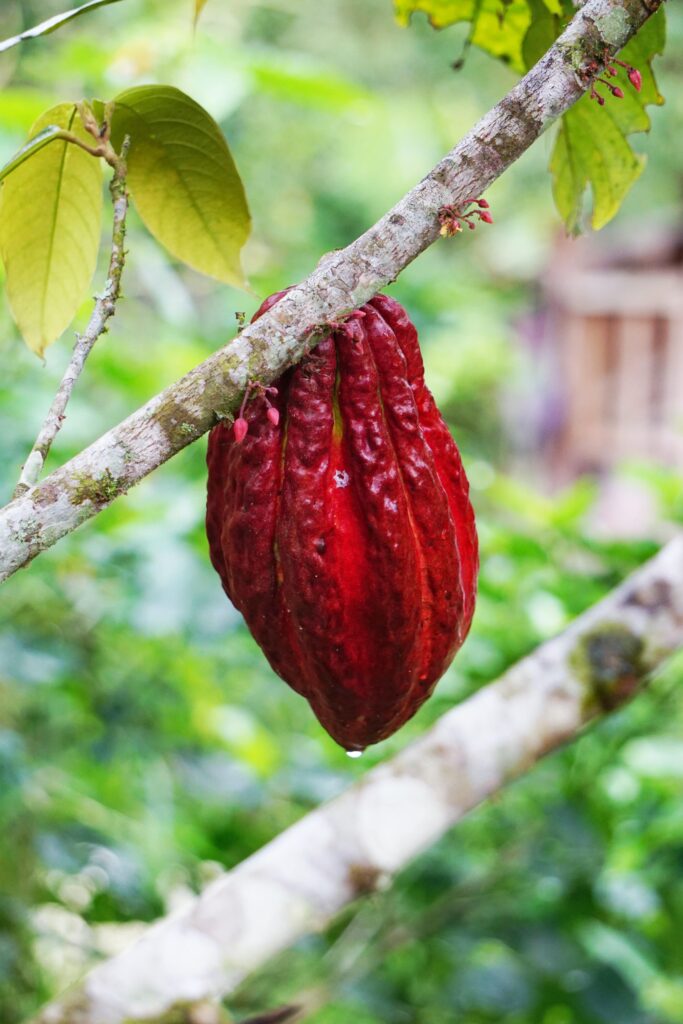 • The fruit begins to develop from the swollen ovary and is referred to as the ‘cherelle’ during the early growth and becomes a ‘pod’ when it has reached its final size, in five to six months and is considered to be mature.
• Each pod contains 30 to 40 seeds and is a rough evaluation to calculate the yield of a plantation. Pods can be green in colour before they ripen and then become yellow or reddish purple depending on variety. Length of a pod can vary between 15 to 30cm and weight of enclosed seeds can be from 100g to 120g.

The Seed or Fresh Bean 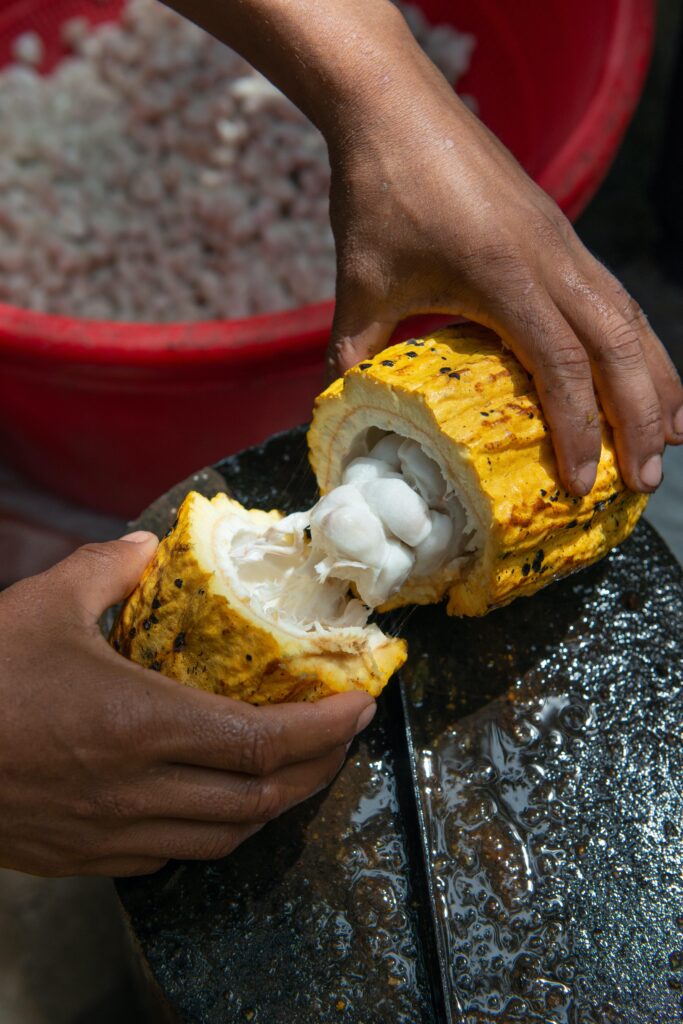 • From pollination of the flowers up to the ripening of the fruits the formation and development of the pods can take five to six months. When ripe the pods are harvested quickly to prevent the seeds from germinating which would make them unsuitable for commercial use and also vulnerable to disease.
• Pods can be opened using a wooden club which when struck in the central area of the pod causes it to split into two halves.
• The cocoa seed or fresh bean inside the pod is shaped like a plump almond and surrounded by a white mucilaginous pulp which has a tangy taste due to the presence of citric acid.
• The harvested seeds undergo fermentation and drying after which they are known and sold as ‘cocoa beans’. 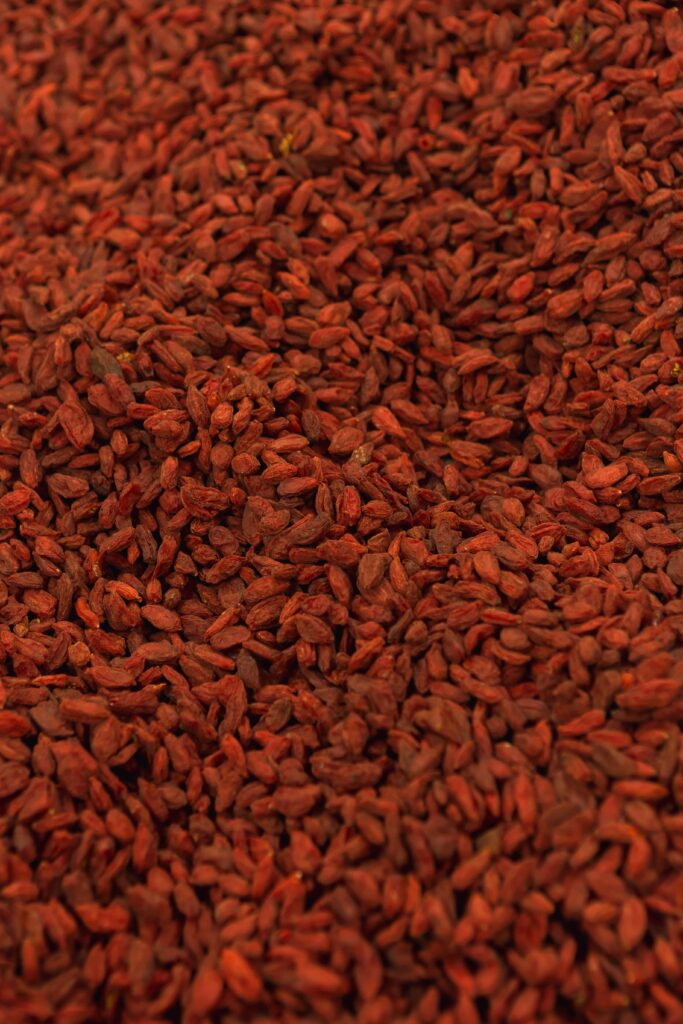