Throughout his career Derek Jarman kept sketchbooks which he purchased in northern Italy. He often started a new project by blocking out the album’s original leather binding with paint and embellishing it with gold. Each book offers a unique insight into Derek’s imagination and working practices. The books are on one level scrapbooks recording projects with notes and photographs but they are also receptacles for concepts for projects yet realised. Tilda Swinton recalls that ‘when shooting each of the seven films I made with Derek, the book would sit on his director’s chair… crucial evidence of the work already carved out in his mind’s eye’. 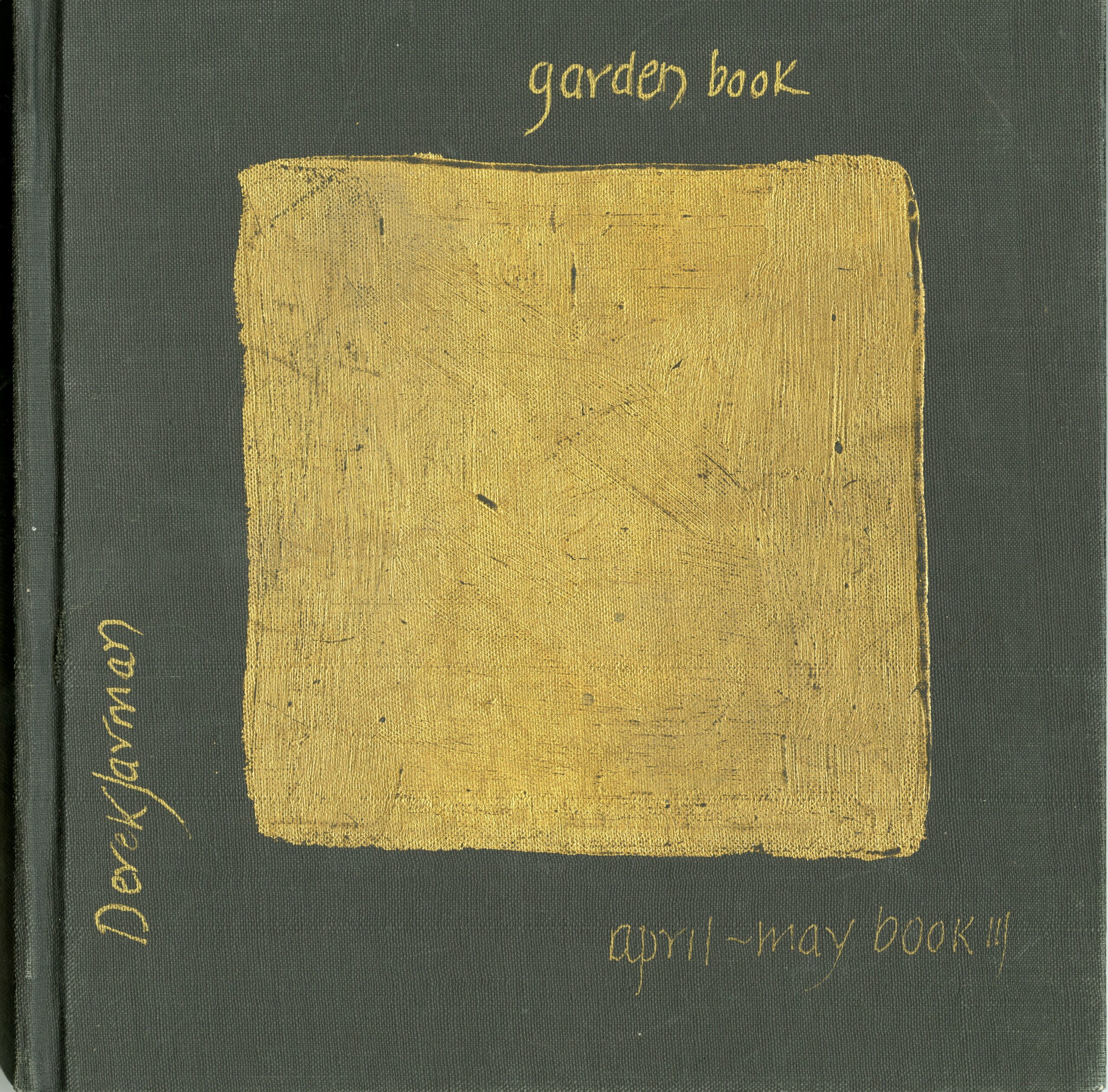 Each book by its nature is different, some preserve family history or photographs of completed projects whilst others illustrate the fledgling ideas for a project and its creative development. They are both spaces of archival information and creative spaces for the propagation of thoughts and concepts.

From 1989 onwards Jarman worked on a series of notebooks dedicated to his garden. He’d originally recorded in his diary on 18th August 1987 that ‘the shingles preclude a garden’ but by the following year he was starting to lay one out. Garden Book I includes his plan for recording his planting scheme for roses bought from Rassells of Kensington in January 1989. When Derek took his purchase to the till a friend ‘laughed at the idea’. Jarman later supplemented these with further purchases from Peter Beales Roses in Norfolk. Derek’s partner Keith Collins remembered that ‘Derek imagined himself surrounded by a forest of impenetrable thorns, eventually hacked down by a true-hearted, handsome prince’. 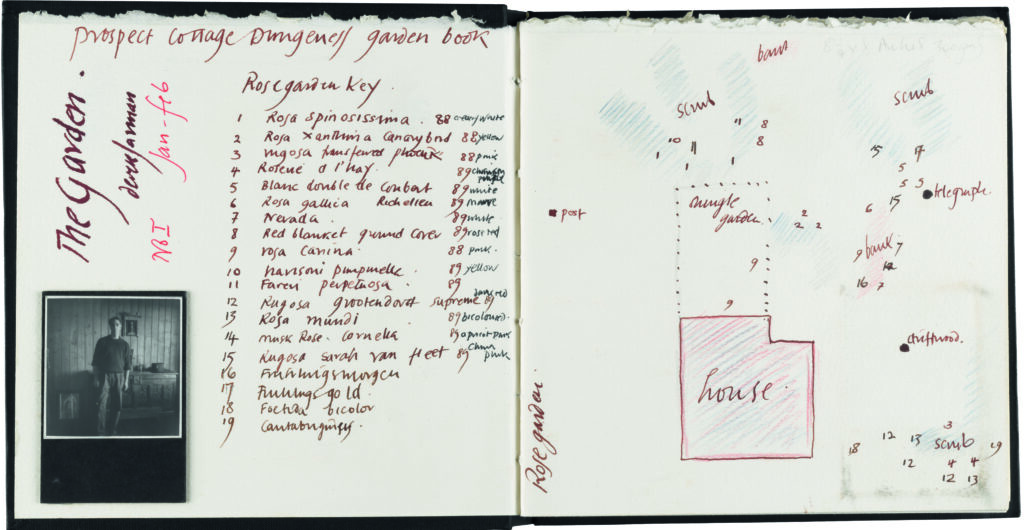 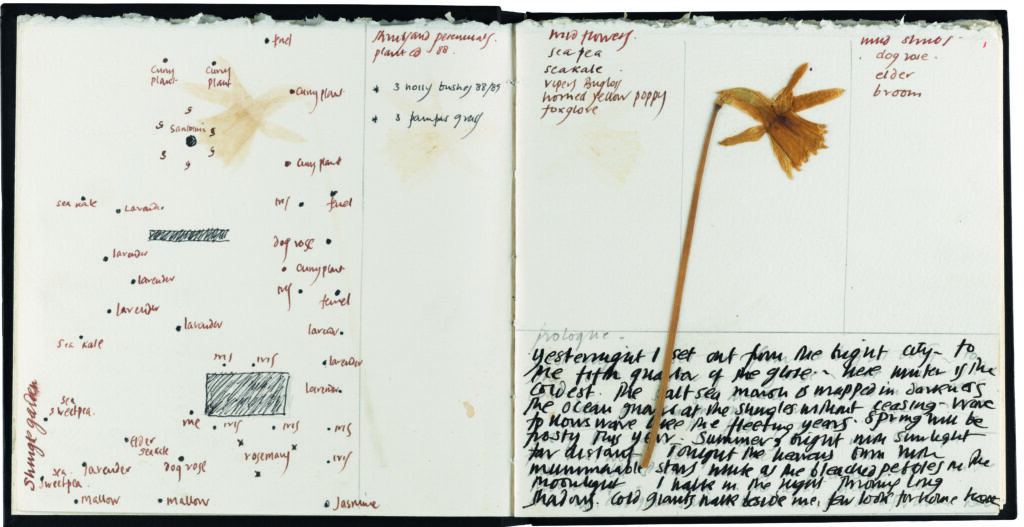 In the detailed plan for the shingle garden Jarman records curry plants, lavender, sea kale and mallow. There was no soil between the shingle but Prospect Cottage was not as sometimes assumed, a garden of beachcombed stones and sculpture and ‘right plant, right place’. It was a wilful fusion of Jarman’s fantasies with the environment. The garden took shape as both an adaptation of existing vegetation and continued experiments with plant purchases with successful planting achieved often with the digging in of bags of earth and manure and the replacing of stones on top.

When Derek Jarman came to live on the bare shingle of Dungeness he carried a lifetime of gardens within him. The garden at Prospect Cottage was a culmination of a life spent exploring and thinking about gardens. His grandmother’s garden was among his earliest childhood memories of a garden. On Wednesday 1 February 1989 he reacalled that:

“Gran’s garden, in spite of its shadows, was a place of sunlight; no longer cultivated, its herbaceous borders long since softened by invading daisies and buttercups, it was slowly returning to the wild.” 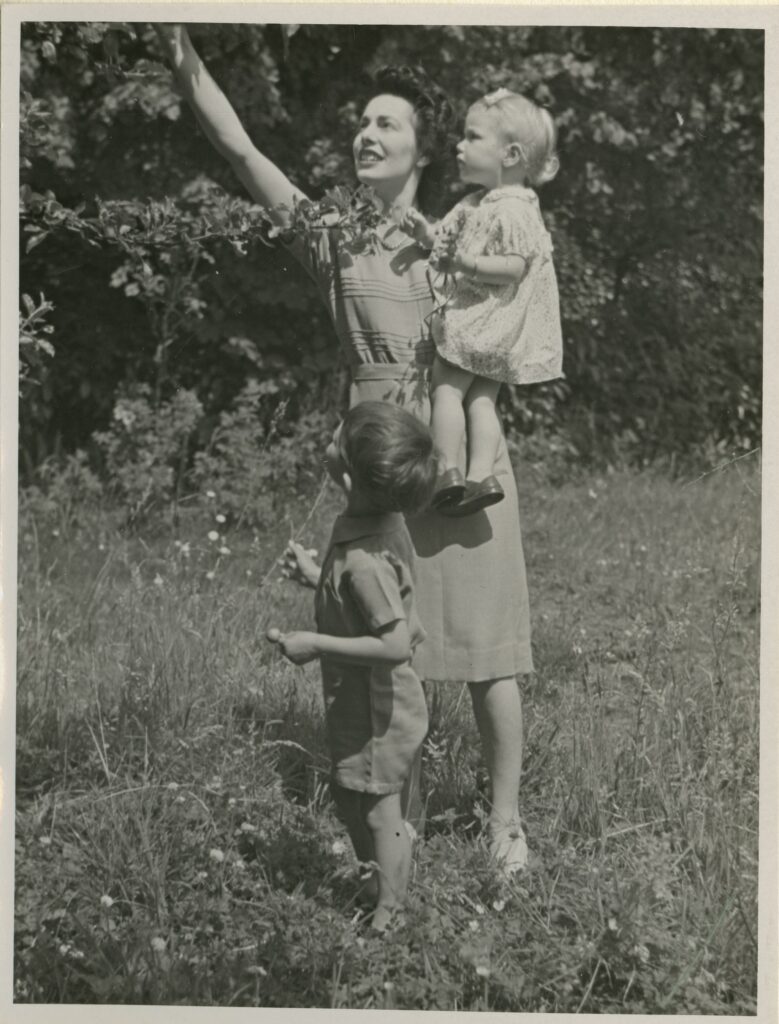 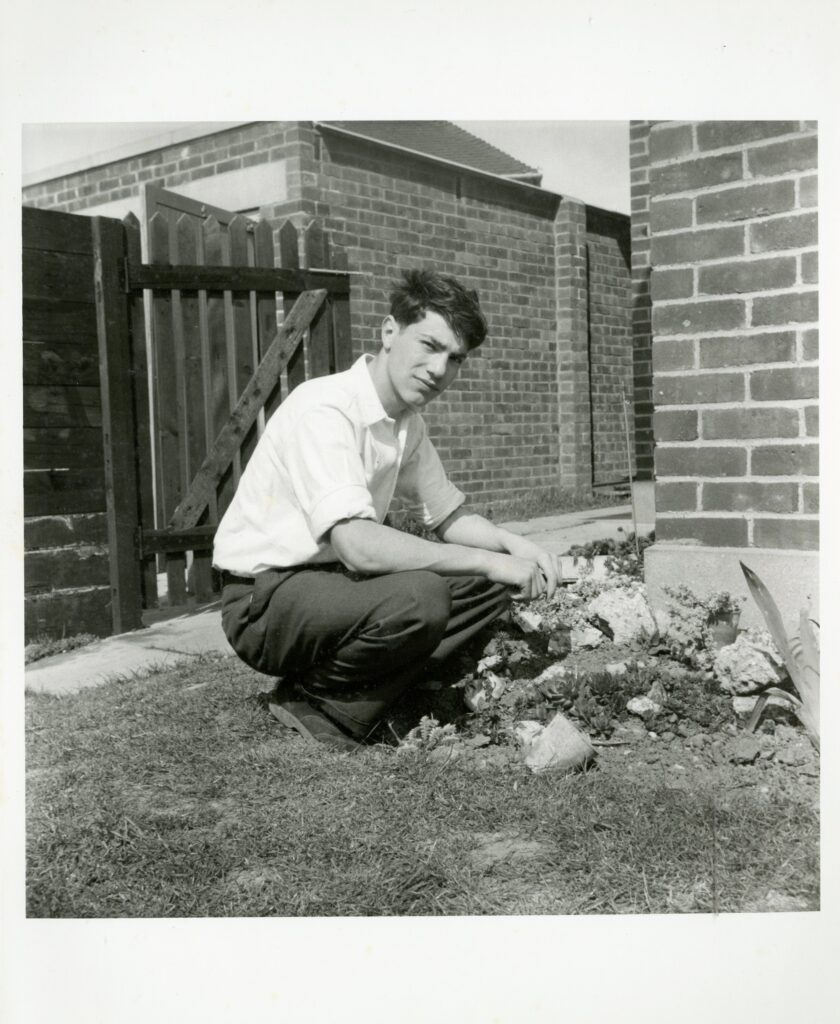 For his fourth birthday he received Beautiful Flowers and How to Grow Them, an illustrated manual. Later at Hordle House, his boarding school, he would copy illustrations of flowers from it and escape into the garden where he was allotted a plot and repeatedly won the school’s gardening competition. In the school holidays, returning home to a succession of family billets, he took responsibility for maintaining the garden at each.

Jarman purchased Prospect Cottage in 1987 shortly after his HIV diagnosis and in the same year made his HIV status public, when many considered silence a safety net against the discrimination that was being politically sanctioned through legislative reform such as Section 28, which prohibited local authorities from promoting homosexuality.

This poem records the anguish he suffered, losing so many friends to AIDS.

The Garden Journals  recorded the development of the garden, Jarman’s daily routines, work, the effects of HIV and its related illnesses and his friendships. The journals formed the basis for his book on the garden Modern Nature.

Click on the gallery images below to view Jarman’s journals in more detail. 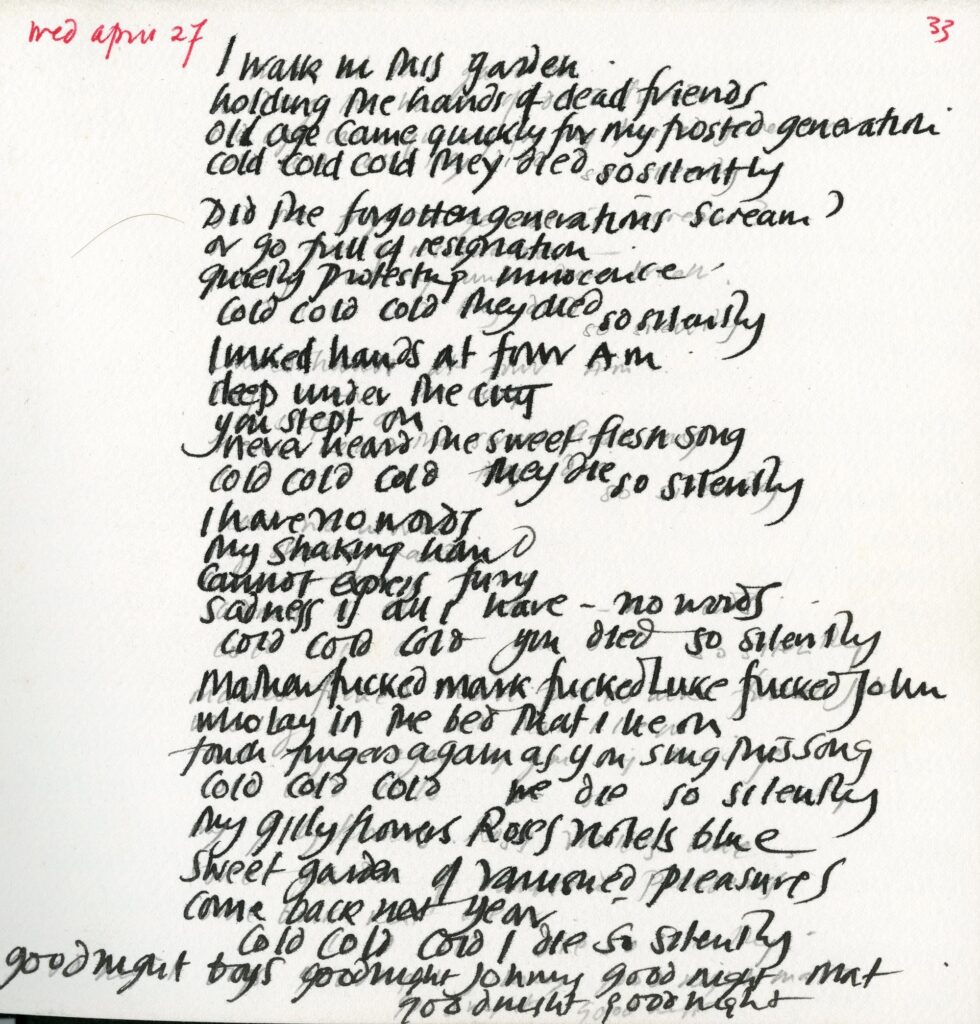 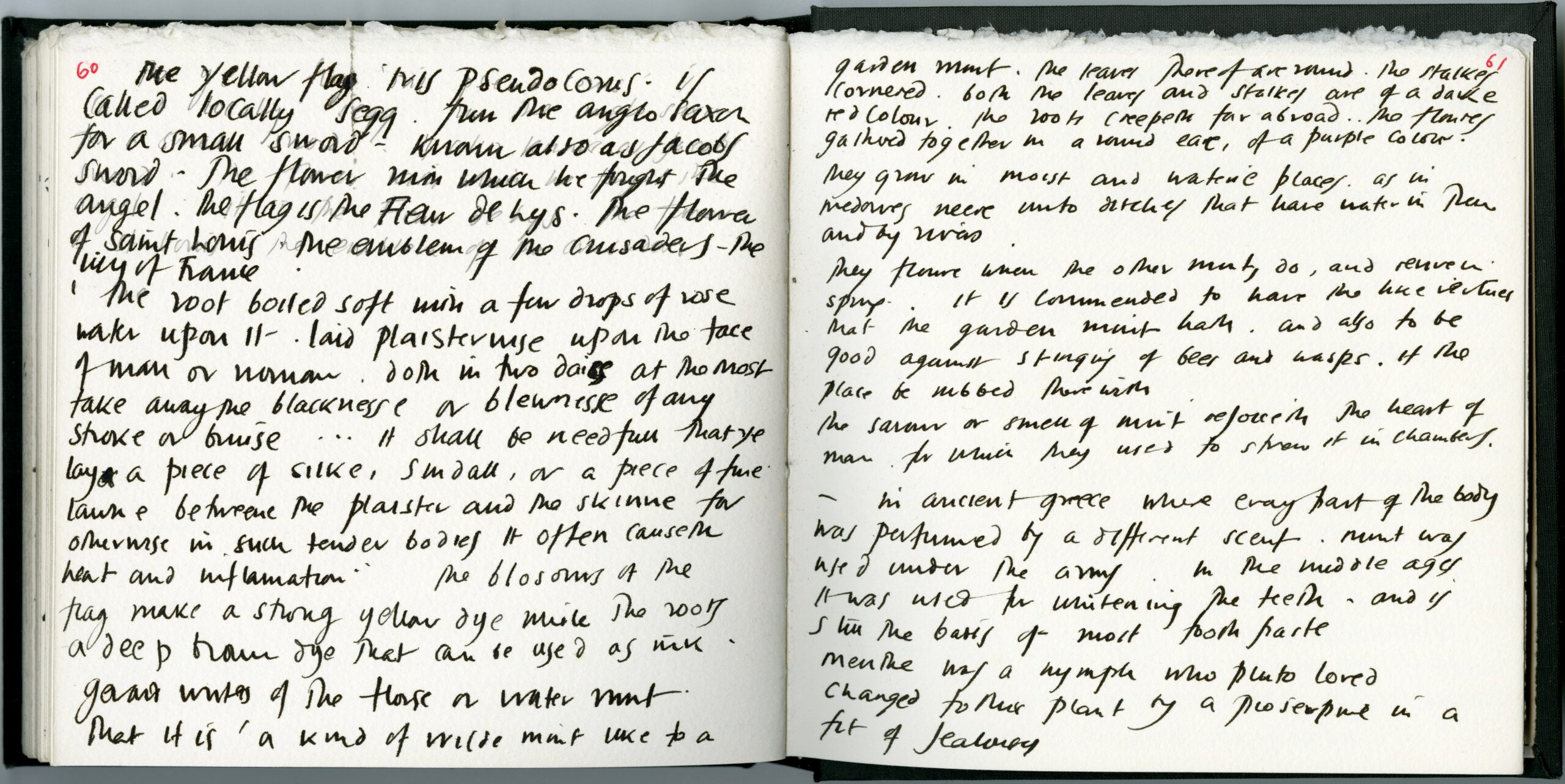 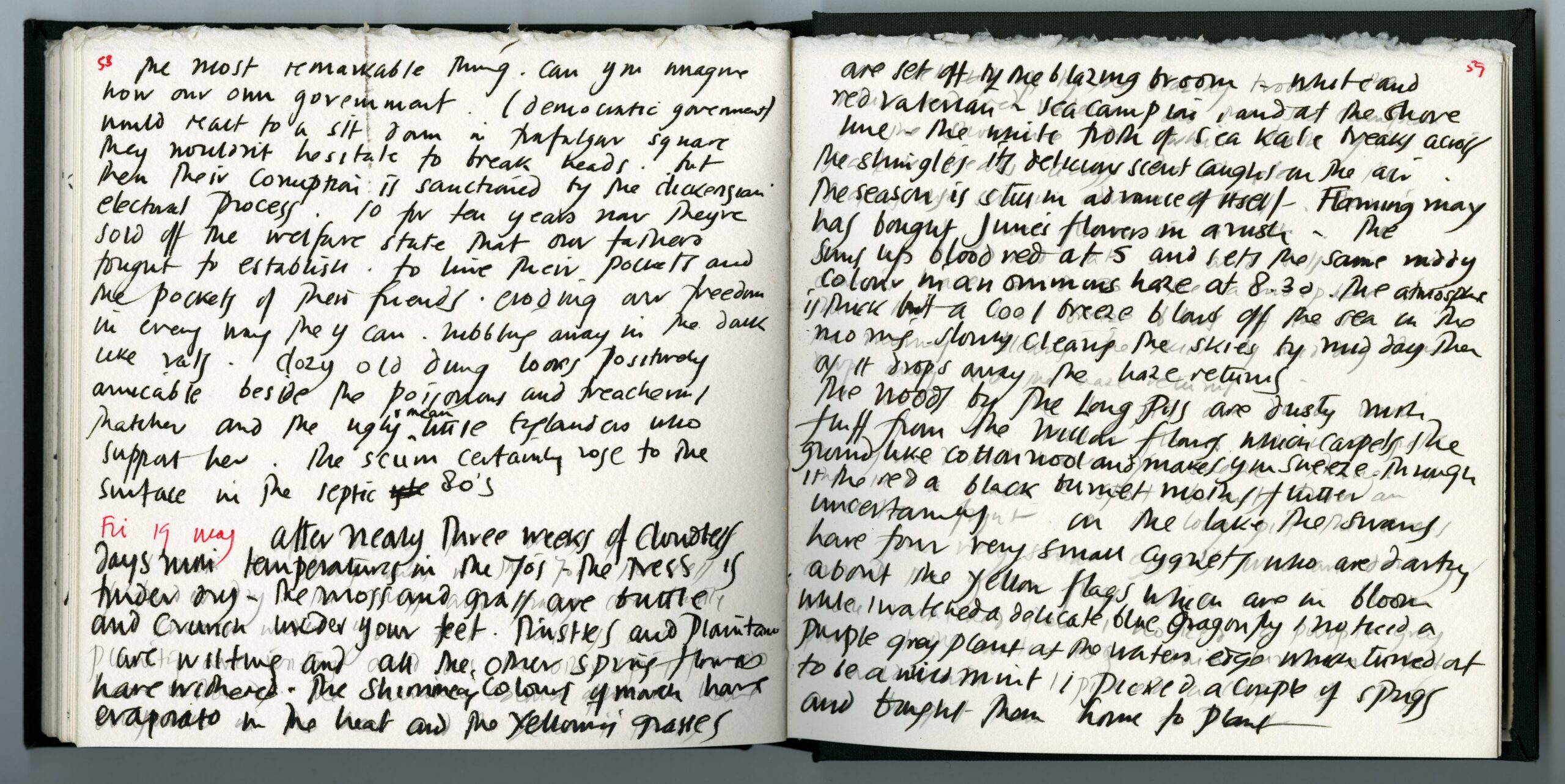 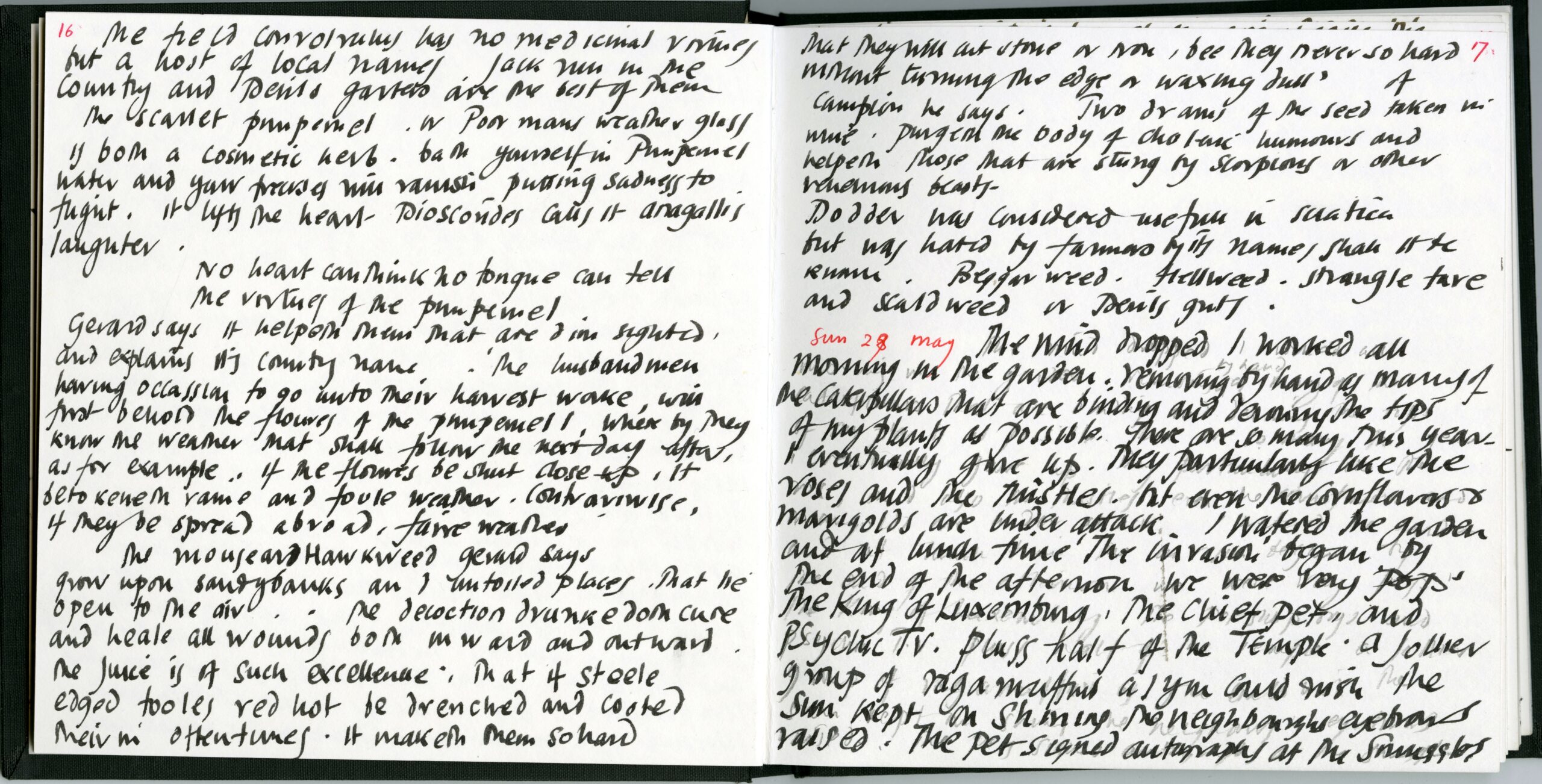 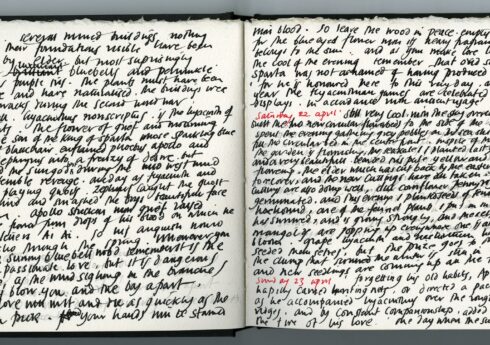 Images reproduced with permission of Keith Collins Will Trust