We’re thrilled to be revisiting the fascinating subject of this talk held at the Museum last March: this time, Dr Claudia Tobin will be giving the talk online, as so many of you weren’t able to attend the talk in person last year.

Dr Claudia Tobin will discuss each of their gardens and uncover the connections in their social, artistic, and horticultural circles during the tumultuous first decades of the twentieth century.

Lady Ottoline Morrell’s Garsington Manor in Oxfordshire became a refuge for conscientious objectors and pacifists during the First World War. It inspired many of the artists and writers who gathered there, from Dora Carrington and Mark Gertler to Katherine Mansfield and Siegfried Sassoon.

Virginia Woolf, who was ambivalent about Garsington, found solace in her cottage garden at Rodmell, Sussex and wrote several of her best known novels in a hut next to the apple orchard. In the early 1930s, she became a regular visitor to the colour themed garden ‘rooms’ cultivated at Sissinghurst Castle in Kent by Vita Sackville-West. Sissinghurst’s gardens became ‘an escape from the world’, in the words of Vita’s husband and fellow gardener Harold Nicholson.

The gardens of all three women were refuges for conversation and companionship but also solitude and privacy. They were places where relationships, creativity and domesticity could be redefined. Through photographs and paintings, fiction and correspondence, this talk will tell the interweaving stories of these pioneering women and their garden sanctuaries.

This event has been prerecorded.

£10 – available as an online event only 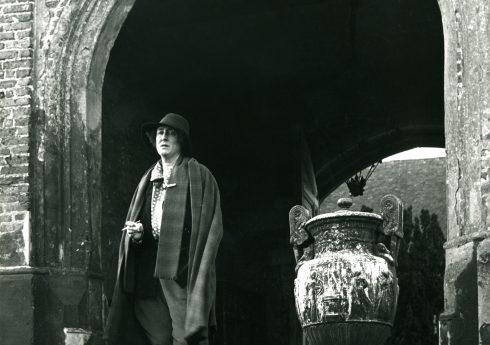