Each year during the RHS Chelsea Flower Show the Garden Museum asks the designer of a show garden to tell the story behind their masterpiece, from conception to design and planting.

This year we have invited Andy Sturgeon to speak, designer of the M&G Garden at this year’s Chelsea Flower Show. Andy will be joined by Ann-Marie Powell, herself a garden design star who has previously exhibited at Chelsea.

One of the UK’s leading garden designers, Andy Sturgeon’s sculptural landscapes are a fusion of traditional materials and contemporary design known for their timeless architectural qualities and innovative planting. He works on all scales and in a wide range of climates and has an expertise in tropical plants.

Andy will share his experiences and inspiration for his design for this year’s Chelsea Flower Show, as well as his memories of his seven previous gold medals and two ‘Best in Show’ wins between 2005 and 2016.

Ann-Marie Powell has authored three books on garden design and writes regularly for national magazines and newspapers, as well as presenting numerous TV shows on garden history and design, including the BBC’s 2016 coverage of the Chelsea Flower Show. 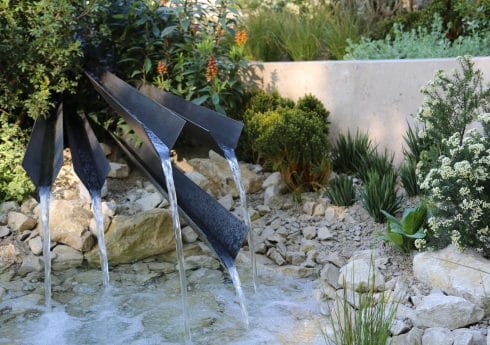