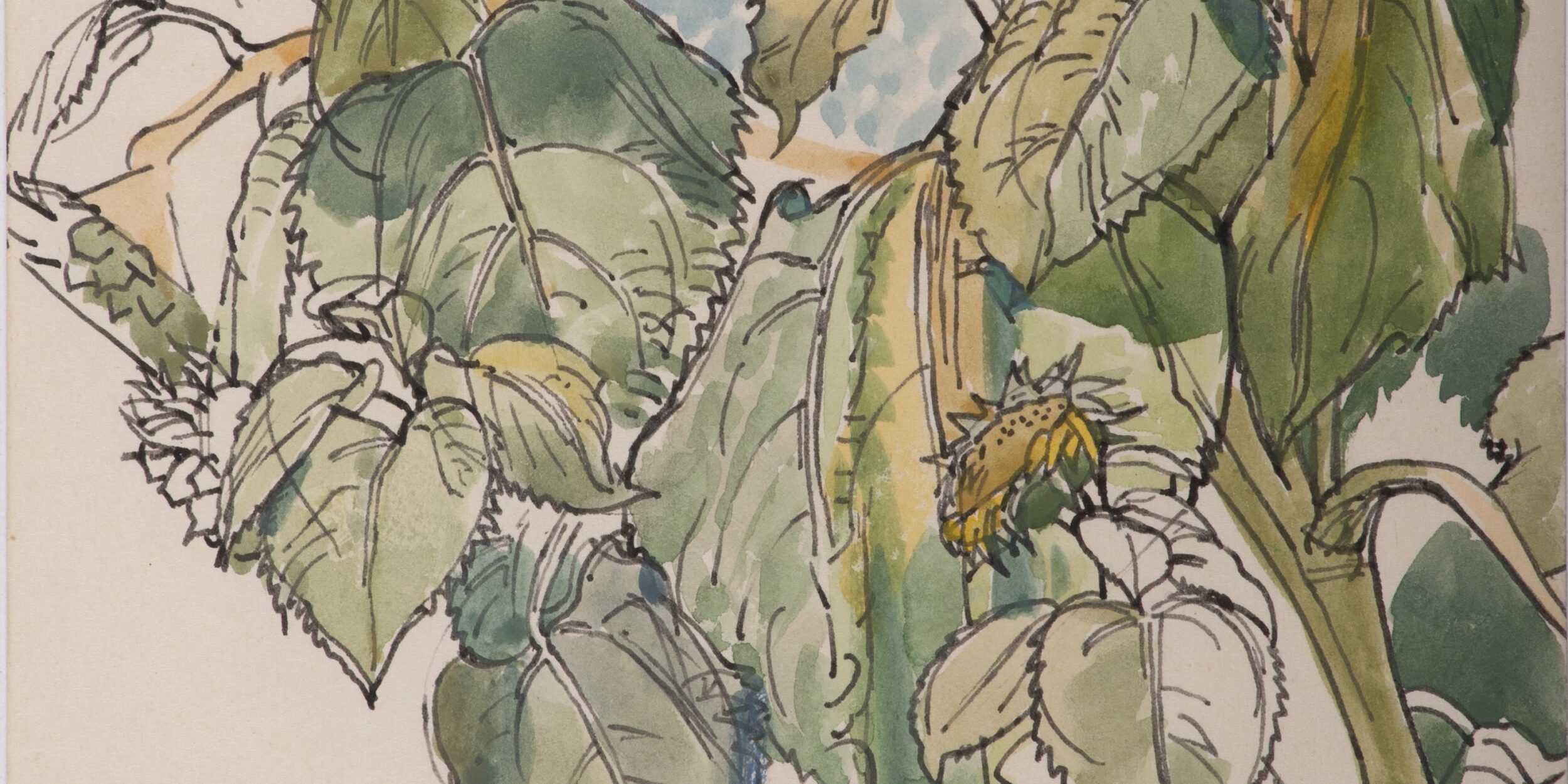 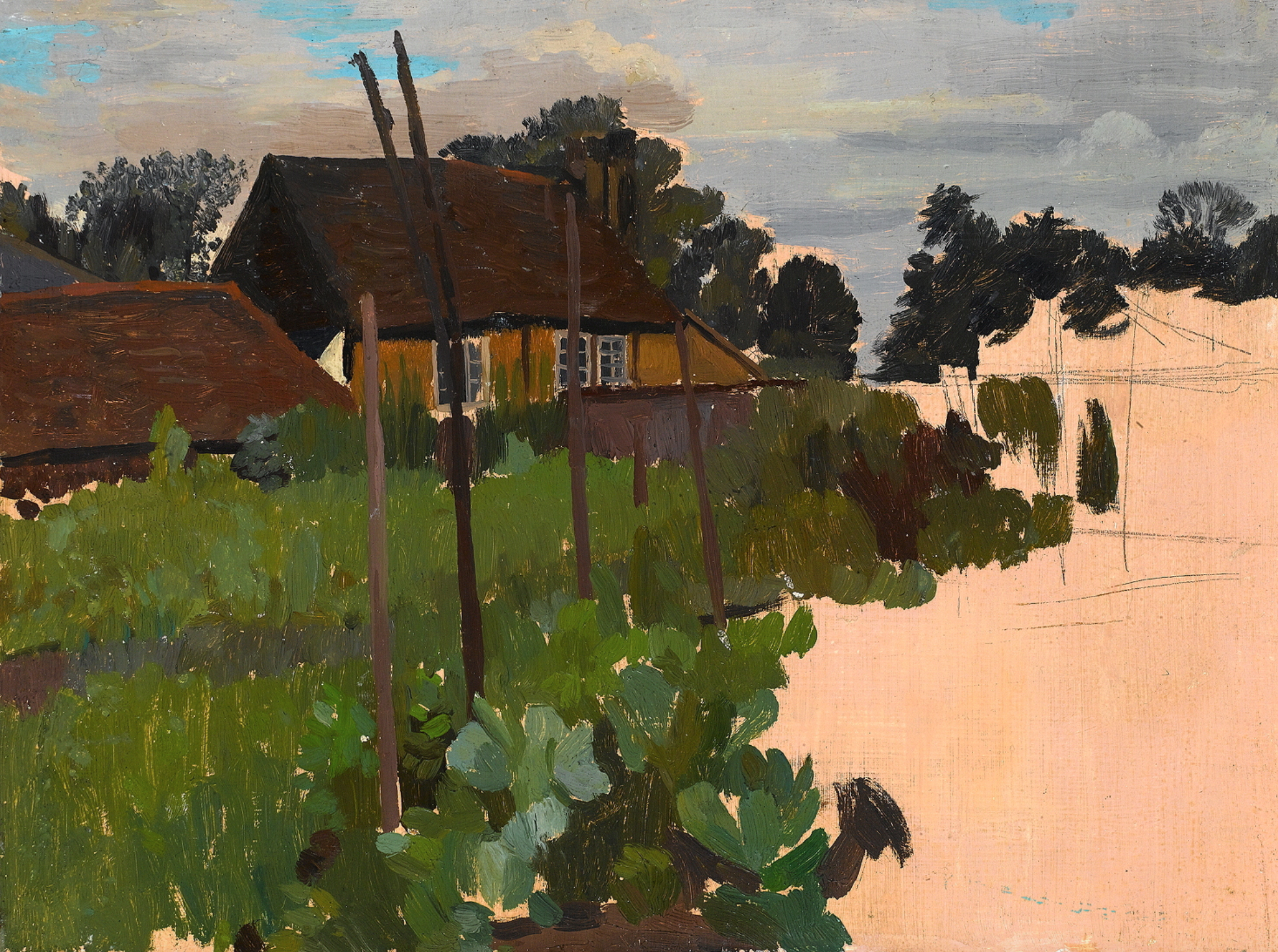 Charles Mahoney’s garden at Oak Cottage (Fig. 1), in the village of Wrotham, was the wellspring and inspiration of his art from the late 1930’s until his death in 1968.

Situated in the North West of Kent, and part of the Pilgrim’s Way, Wrotham is a picturesque village abounding in orchards and oast houses. Commentators have been quick to draw parallels with Samuel Palmer’s own ‘Valley of Vision’ in nearby Shoreham, and Mahoney made pilgrimages to Palmer’s run-down cottage, known as ‘Rat Abbey’, together with Ravilious, Bawden, and Douglas Percy Bliss, when students at the RCA. Others have likened the influence of Wrotham in Mahoney’s art to that of Cookham in Stanley Spencer’s. And yet one might push this analogy further, for as the Garden Museum celebrates the role that Prospect Cottage played in the life and work of Derek Jarman, this story becomes an unlikely, if unerringly appropriate mirror for Mahoney’s experiences at Oak Cottage.

Rather like Jarman, who acquired Prospect Cottage after his HIV diagnosis in 1986, Mahoney’s permanent settling in Oak Cottage was in response to the collective trauma of the Second World War, and his own declining health. This was the first time that either had a plot to call their own, and both Jarman and Mahoney seem to have embodied this notion of the ‘garden as sanctuary’, with all the salve and inspiration that sprung forth from their green-fingered endeavours.

Mahoney described the garden at Oak Cottage as his muse, and would sit for hours on end as he drew and painted directly from his flora. It is in this guise that he repeatedly portrayed himself (fig. 2) – an artist in harmony with nature. Indeed, once the garden that Mahoney had planted at Oak Cottage matured, he seldom worked anywhere else. Mahoney’s daughter, Elizabeth Bulkeley, recalls that to enter the garden was to enter one of his pictures, and it ‘provided him with more subject matter than he could ever use’. Here too, one might spot some confluence between the two figures, for the visceral and found-material collages of Jarman are a very natural (albeit less literal) extension of Mahoney’s immersive practice.

He particularly enjoyed studying the large herbaceous plants that he had cultivated – such as Japanese knotweed, plume poppies, or sunflowers – and the watercolour of /the Giant Sunflowers that we have included in our exhibition (fig. 3) demonstrates the skill of Mahoney’s observation, the vigour of his line, and the artist’s underlying sense of the specimen’s growth.

These characteristics may also be seen in Mahoney’s oil of Lenten Roses (fig. 4), in addition to his instinctive feel for design ,as the separate studies are harmoniously arranged upon the page. Mahoney had a special fondness for this flower which was shared by Jarman, who first set in motion his unlikely oasis with the planting of a variety of roses, including one of his favourites the Rosa canina which still flourishes in the shingle. More traditional species of rose were deeply unfashionable in Mahoney’s time, and the large beds that he grew at Oak Cottage were typical of the originality and independence of his vision. 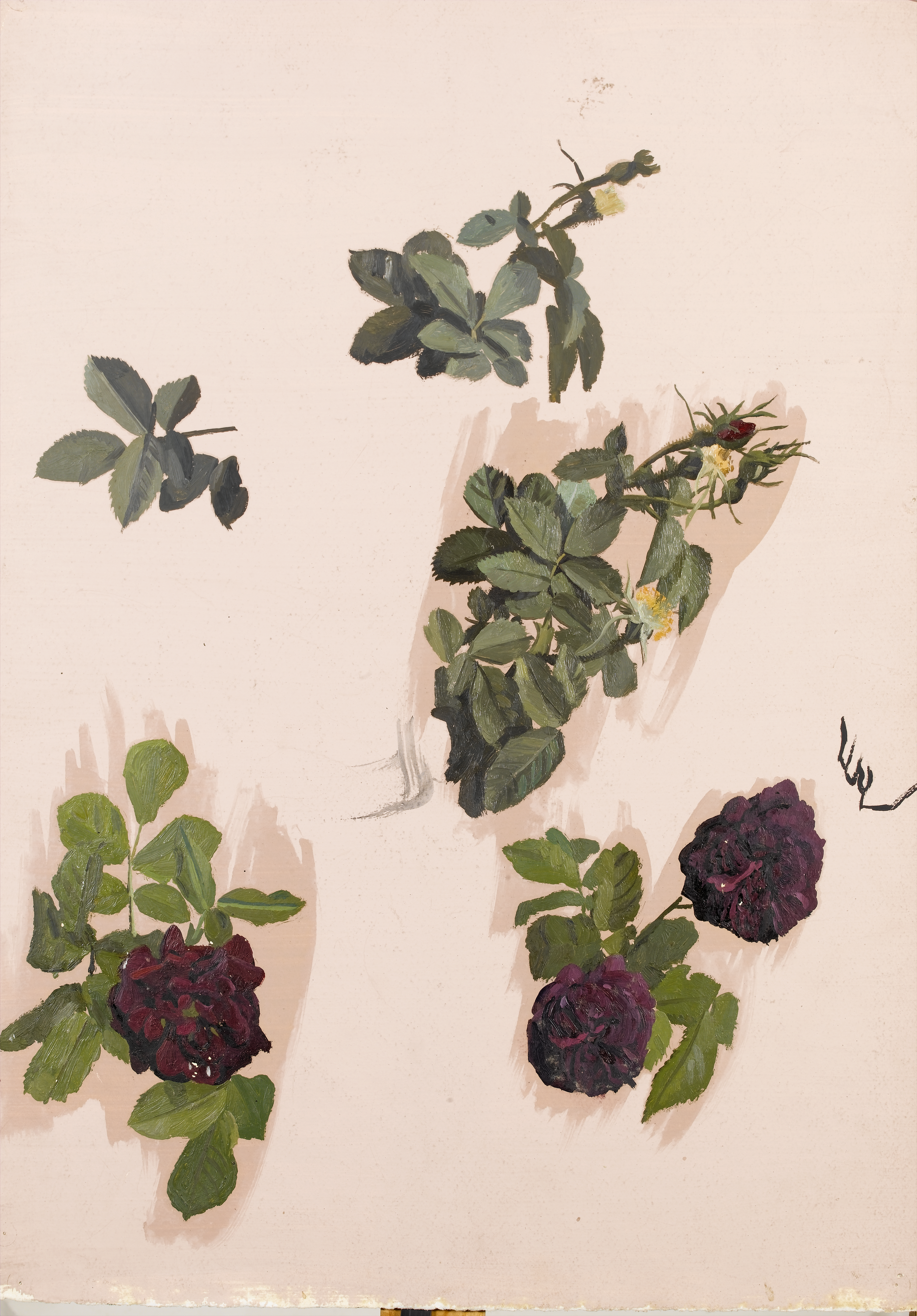 Bernard Dunstan called Mahoney an artist of ‘the highest level’; a draughtsman who could capture perfectly the curvature of a leaf or stem, but who, rather more importantly, also imbued his horticultural works with genuine empathy and ‘warmth of feeling’. In Dunstan’s eyes, there were only a handful of artists that achieved this since the time of Leonardo and Dürer, and Mahoney figures highly in this exclusive list. One wonders if there were room, too, for his fellow Kentishman, on the shingle desert of Dungeness.

All works from this exhibition are for sale with a percentage of all sales supporting the Garden Museum’s emergency appeal. You can explore the exhibition and a price list here.