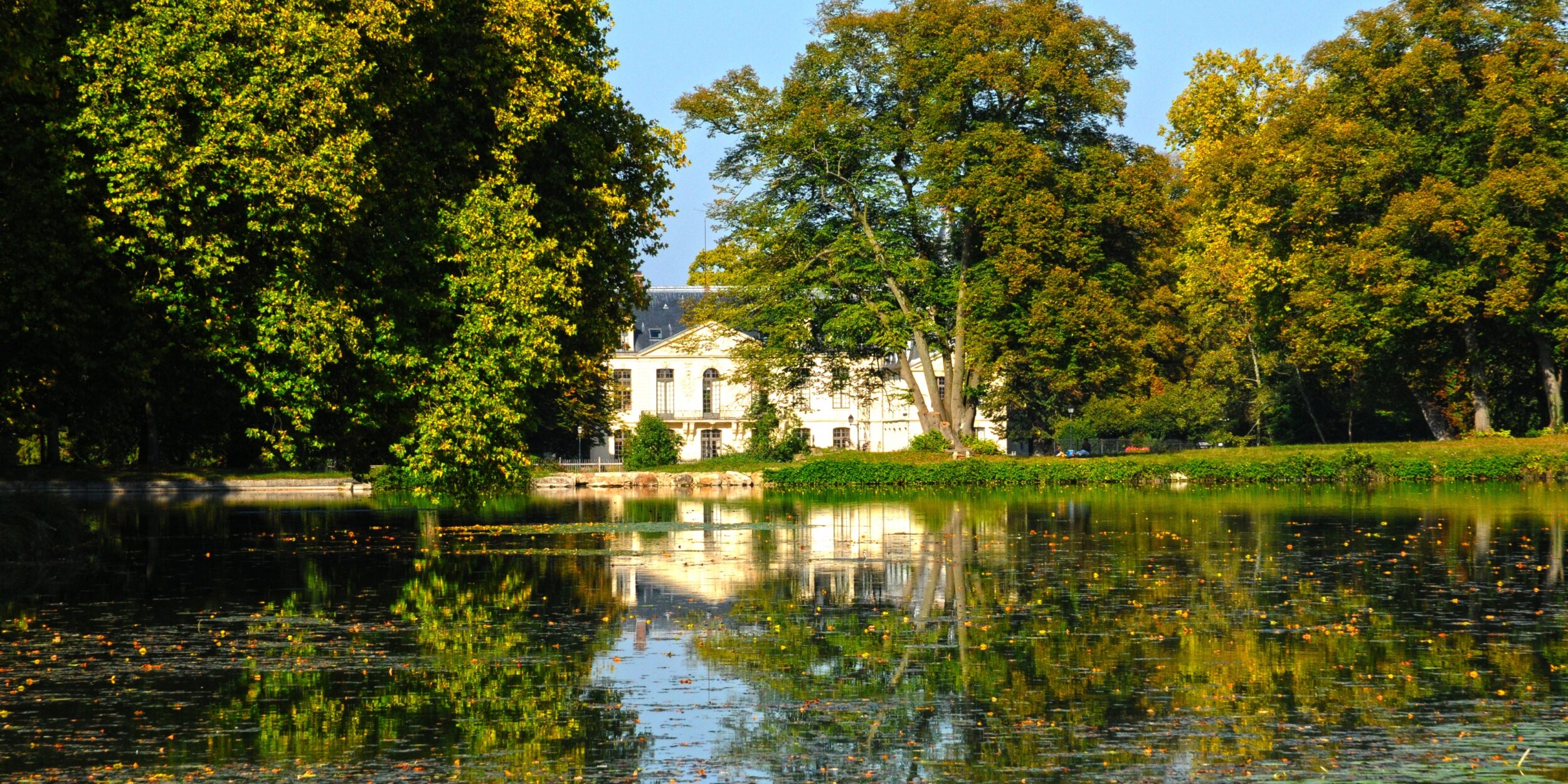 Charles Aldington’s ‘On Landscape Design’ is a unique book, in which he picks garden writers of the past – and recent past – as guides to design today, from Prince Puckler on planting trees and Thomas Jefferson on groves, to Pascal Cribier on vistas and Paolo Porcinai on the landscaping of new motorways.

Charles’s career was in finance and until 2009 he was Chairman of Deutsche Bank London. And he is married to a German historian of gardens. Put this together – and speaking Italian and French too – and you have a very European book.

A particular favourite is Le Composition des Paysages by Rene de Girardin, Marquis de Vauvray (1735 – 1808), published in 1777, and Charles has translated a favourite passage for this week’s newsletter with readers in the transparency of winter gardens contemplating work ahead. In this passage Girardin reflects on the process by which a garden owner should create views from the house.

And who was Girardin? A soldier of King Louis XV in the Seven Year’s War, and the rich grandson of the King’s tax collector, he made a landscape garden at his chateau of Ermenonville, thirty miles north-east of Paris. At the end of that war, he visited the landscape gardens of England, and adopted the idea of a pictorial circuit punctuated by ornamental buildings. (What we now call a ‘folly’ the French called a fabrique: a better word, as implicit is the idea of artifice and creation).

One fabrique at Ermenonville was a Temple of Philosopy – but, unfinished, to symbolize that search for knowledge was endless. But Ermenonville was  most famous for the burial of Jean-Jacques Rousseau on an island in the lake in 1778. (Rousseau is said to have been the first person since antiquity to be buried in a garden, in ground unconsecrated).

Girardin was a pupil of the philosopher, and in his novel Julie, ou la Nouvelle Heloise Rousseau had imagined a garden which appears to be a work of nature, not man. Rousseau came to live in Girardin’s garden, who built for him a house with trees growing out of the roof, and plants in cracks – what we now call ‘living architecture’. And it was there that Rousseau rediscovered a love for botany he had enjoyed as a younger man, and had made a herbarium of his own. In his old age he rediscovered ‘that peaceable and delightful study, which fills up those voids in our time that others dedicate to idleness or something worse’. 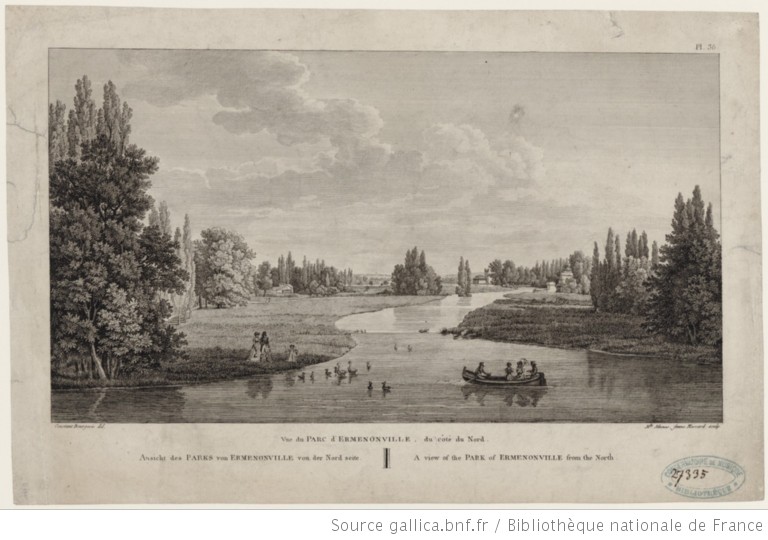 The following are extracts from Chapter II of De la Composition des Paysages by Marquis René de Girardin, published in Paris in 1777. On its title page the book bears Milton’s words: Oh happy rural seat of different views, and views are indeed Girardin’s preoccupation. The translation is my own free from the French, and I have left bits out.

‘The principle is that everything be an ensemble, and everything properly linked. One begins with the main views, because if on one side there is an interesting landscape, and on the other an avenue in a straight line blocking the view, you will find yourself impossibly constrained by a cloister like grill. The house is where people live and where leisure and intervals in conversation best allow the eyes to go for a walk (donnent le plus de loisir aux yeux de se promener). It is therefore around the house that we need to lead nature to come and live (qu’il faut conduire la nature à venir habiter).’

‘I suppose that you have begun by wandering your estate to find the most interesting points, how to reach them and how to use them. Arm yourself with an artist; if from the drawing room window, there is something in the way of a view, go upstairs and from there choose points in the distance, and decide how much of the existing buildings and plantings can be retained in your composition, before doing a sketch. Start with pencil which can be rubbed out and corrected, and do a simple sketch to show the outlines and positions of the main elements in your ensemble. Once completed, reflect on it, and consult and discuss it with people of taste, always with the aim of finding the easiest and simplest solution. The best ideas always appear at the end. Once the sketch is agreed, and it is clear that it can be executed with ease, the artist can paint a canvass (tableau), to enhance your sketch by using colour to show the effect of perspective, positioning, proportion and the proper choice of buildings and trees.’